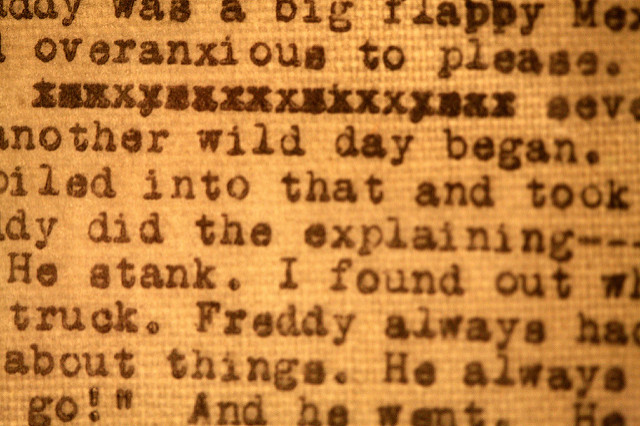 My buddy Hart Brachen just came back to daily writing after taking a year off from the Internet. Of course, he was returning from the award winning cartoon blog Soxaholix. I don’t have quite that kind of track record. However, I have written at least weekly more or less on average since 2001, until this year. As I type this I’ve got one blog post up in 2016. Kind of sad, eh?

Hart’s return has sort of motivated me though. I am writing this blog post after all! I am feeling the itch to start creating again. My media consumption to media creation ratio is way off this year. The challenge I’m having is deciding what to write about. The stuff this blog has generally been about just isn’t scratching the itch.

Homeschooling: I’m done - over it. One kid graduating from college in a couple of weeks, another killing it as a sophomore. I’m a retired homeschool activist, and nobody wants to hear me yelling at the young homeschooling parents to get off my lawn.

Sports: Well, my one blog post this year is about soccer. Mostly though, with so much sports content on the Internet, I don’t really have that much to add. I think I’m lacking the passion needed to really write about sports. My relationship with the Red Sox has settled into a comfortable middle-age marriage where neither side is ever surprised anymore. I’ve grown bored with the NFL and barely pay attention. I’m in an abusive relationship with Purdue Sports, but that schtick is done much better elsewhere on the Internet. The only team I’m really fired up about these days is the Southampton Saints, but the goofy American learning soccer blog idea just doesn’t sound like it has legs.

Politics: My son writes about it on Facebook, so I don’t have to.

Music: Does the Internet need another 80s music blog? I will say though that you should totally check out The Defiants. It’s the most 80s thing you’ll hear all week, and I mean that as an extreme compliment.

Technology: It’s my job, so writing it about over a beer in the evenings doesn’t get me excited either.

It’s not just writing either. With two adult kids my picture taking is down to selfies when I’m out with my wife, or odd stuff I may see on my commute. I doubt I have 50 photos in the 2016 photo folder.

So how do I get my creative mojo back? Waiting for inspiration isn’t working, it probably never does. Do I just start writing regularly again, and hope that over time the quality follows? I do think there is something to the idea that if you want to be a writer, or photographer, or web designer, or whatever, you need to just do on a regular basis, and that the inspiration will follow.

Back in the day I had ideas and opinions, and damn it, I was going to share them. Today, I’m much more meh about, well, everything. What I haven’t figured out is if that is just aging, or not writing leads to not caring. If I start writing again, will I start caring again?

I guess there is only one way to find out.