We broke up the 10-hour drive to Niagara Falls by stopping at Harvest Host 1812 Brewing near the halfway point, in Cumberland, MD. We spent the night in their parking lot. Great beer, great food. The cheeseburger with bacon jam was seriously one of the better burgers I've had recently. Maybe a top 10 all-time burger. The live music was on point too. We were the only campers that night, so we had the huge parking lot to ourselves, and it was very quiet. Our first Harvest Host stay was really great, although my $60 tab for dinner and a couple of brews has me questioning how exactly this saves me money.

It's ok, sleeping in parking lots is cool now. 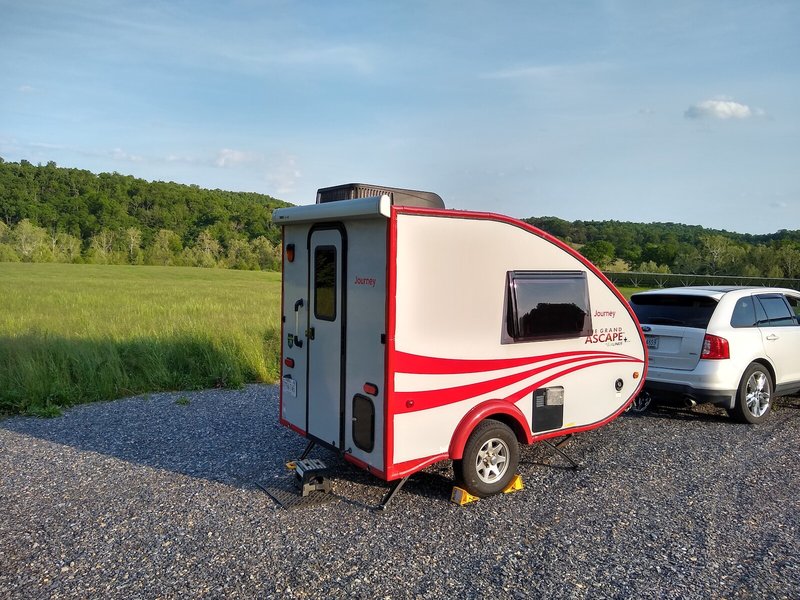 As we passed through Buffalo NY we stopped at a grocery store in for a couple of things that we forgot to pack, and they had a large stack of Medalla Light in the store. I have never seen it for sale in the US. It's not actually a great beer, it's the Bud Light of Puerto Rico. But it reminds me of Puerto Rico and that alone justifies the 12-pack. We got into 4-Mile Creek State Park late afternoon and did the campfire and chill thing that evening. We had a nice view of Lake Ontario from the campsite. It was opening day of the camping season there and the campground had some issues. Only 2 of the 4 showers in the bathhouse nearest us were working. Michelle reported the same. Also, the camp store was not open. But the campsites are nice sized and spaced out well.

It was 70F, windy, and sunny on Saturday. A perfect day for Niagara Falls. I did the Cave of the Winds tour and got soaked. Luckily, I dressed for it. They rebuild the decks under the waterfall every winter, and the top deck wasn't even open yet. We had a picnic lunch on Goat Island, then spur of the moment decided to go to the Canadian side. We did the paperwork on our phone and then headed to Canada. Google said it was an 8-minute backup at customs. That must be Canadian minutes as it was 60 US minutes. Then we went to the Botanical Gardens, which were pretty, but late May in Canada is early spring and very little is blooming yet. After that, we went to the Canadian side of the Falls, where the view is much better than the US side. Getting back into the US took 5 minutes, which I think is a reflection of the volume of cars going south vs north. 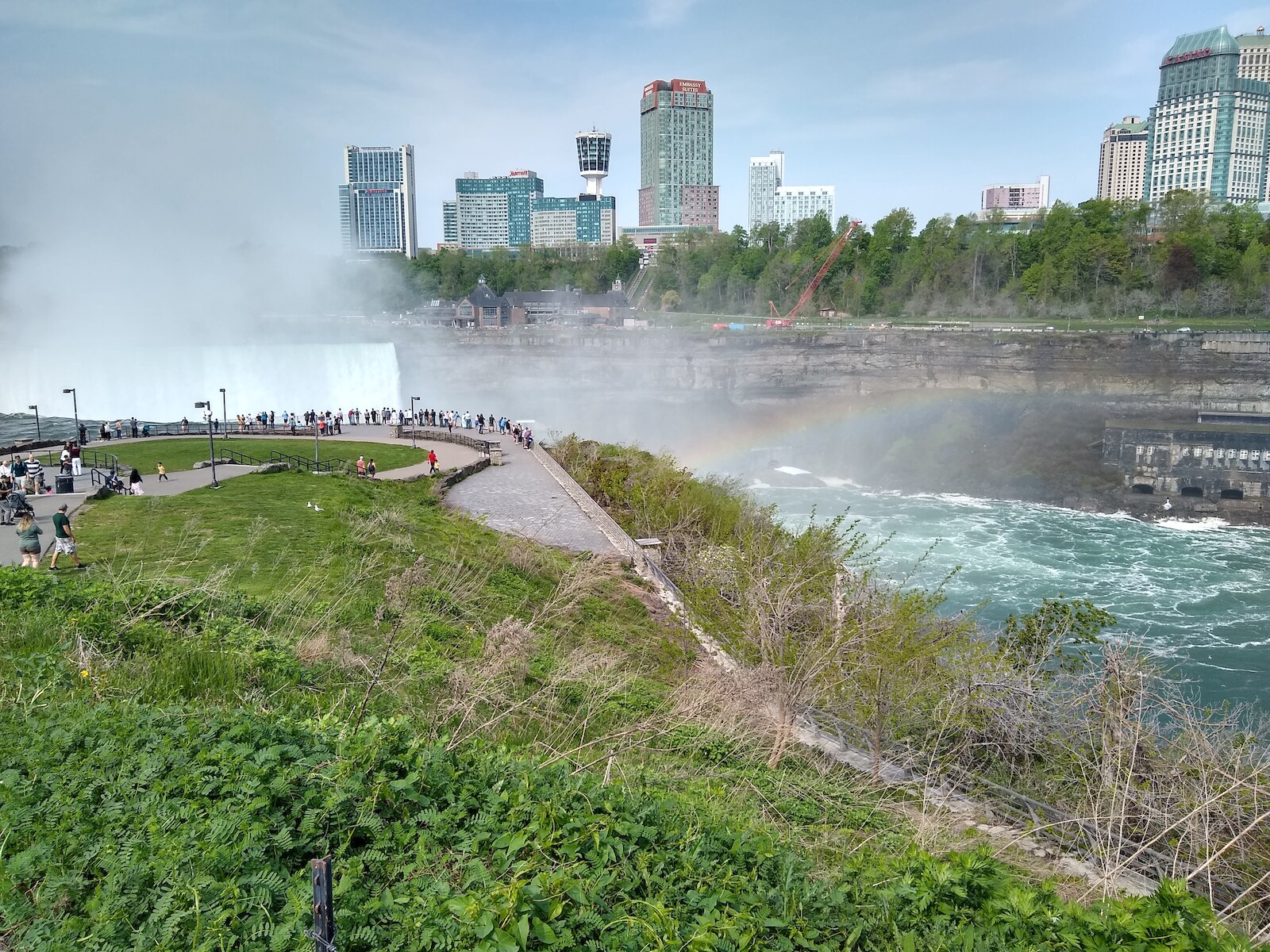 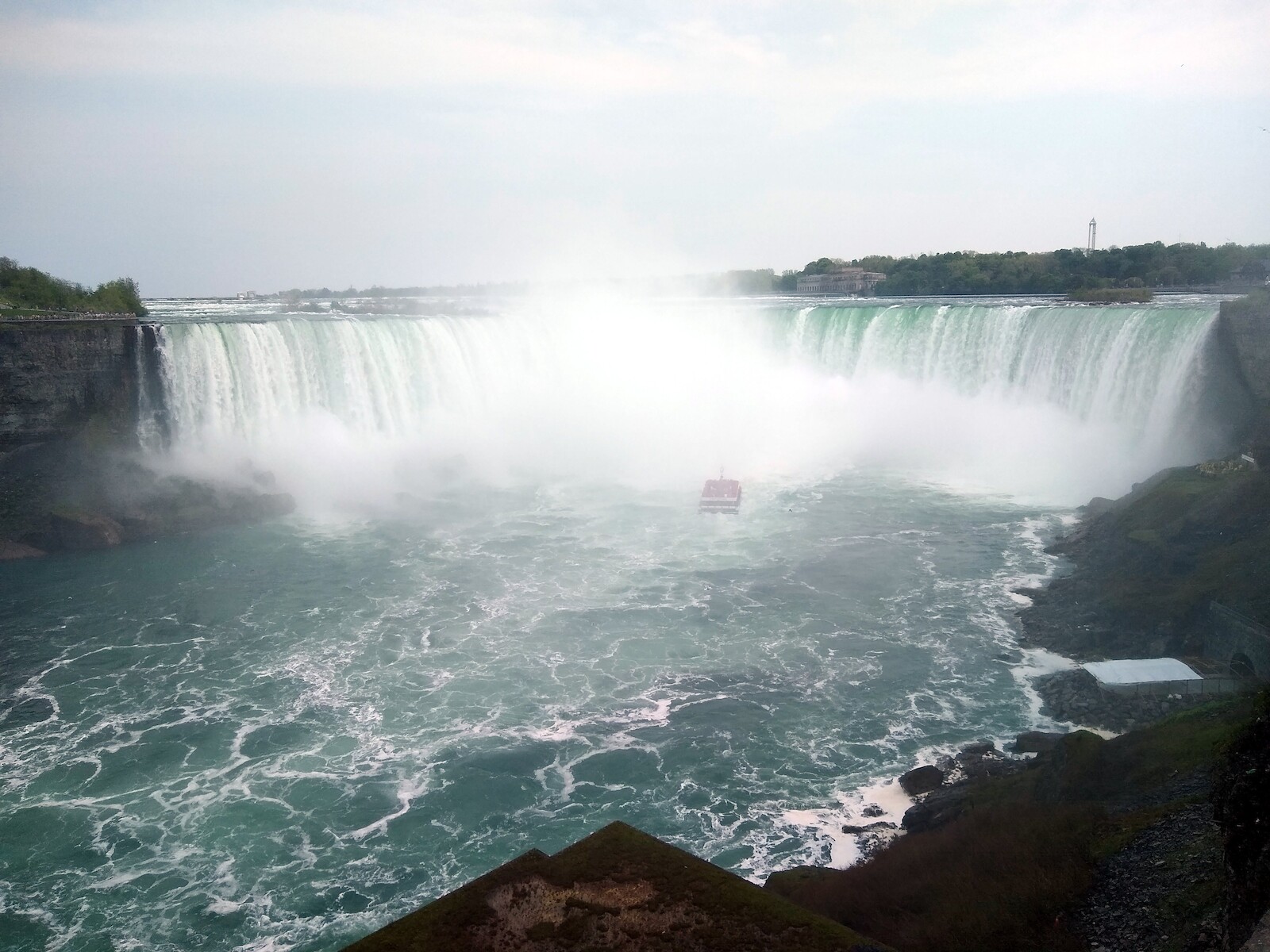 Sunday was a cold, raw, rainy day. We saw it coming in the weather reports, so we planned a day of mostly indoor activities. We started outdoors at Old Fort Niagara in the AM, which played an important role in pre-Revolutionary War and War of 1812 history. The temp right there on Lake Ontario is a good 6 to 10 degrees lower than just a few miles inland, before you account for the wind chill. We did get a fascinating tour before the rain came. The main building, built in 1727 by the French, is still standing and in good enough shape that we could wander through it. After that, we drove to Buffalo and toured the Frank Lloyd Wright Martin house and visited the Buffalo Museum of History. We really enjoy small local museums and Buffalo's history of once being one of the 10 largest cities in the US is really interesting. After that, we hit Anchor Bar for dinner, where the buffalo wing was invented. The sky started clearing just before sunset, and we got a sunset to remember, complete with the Toronto skyline across the lake. I went out to the car later that night and the lit up Toronto skyline across the lake was just stunning. Unfortunately, my cheap Android phone wasn't up to capturing that picture. 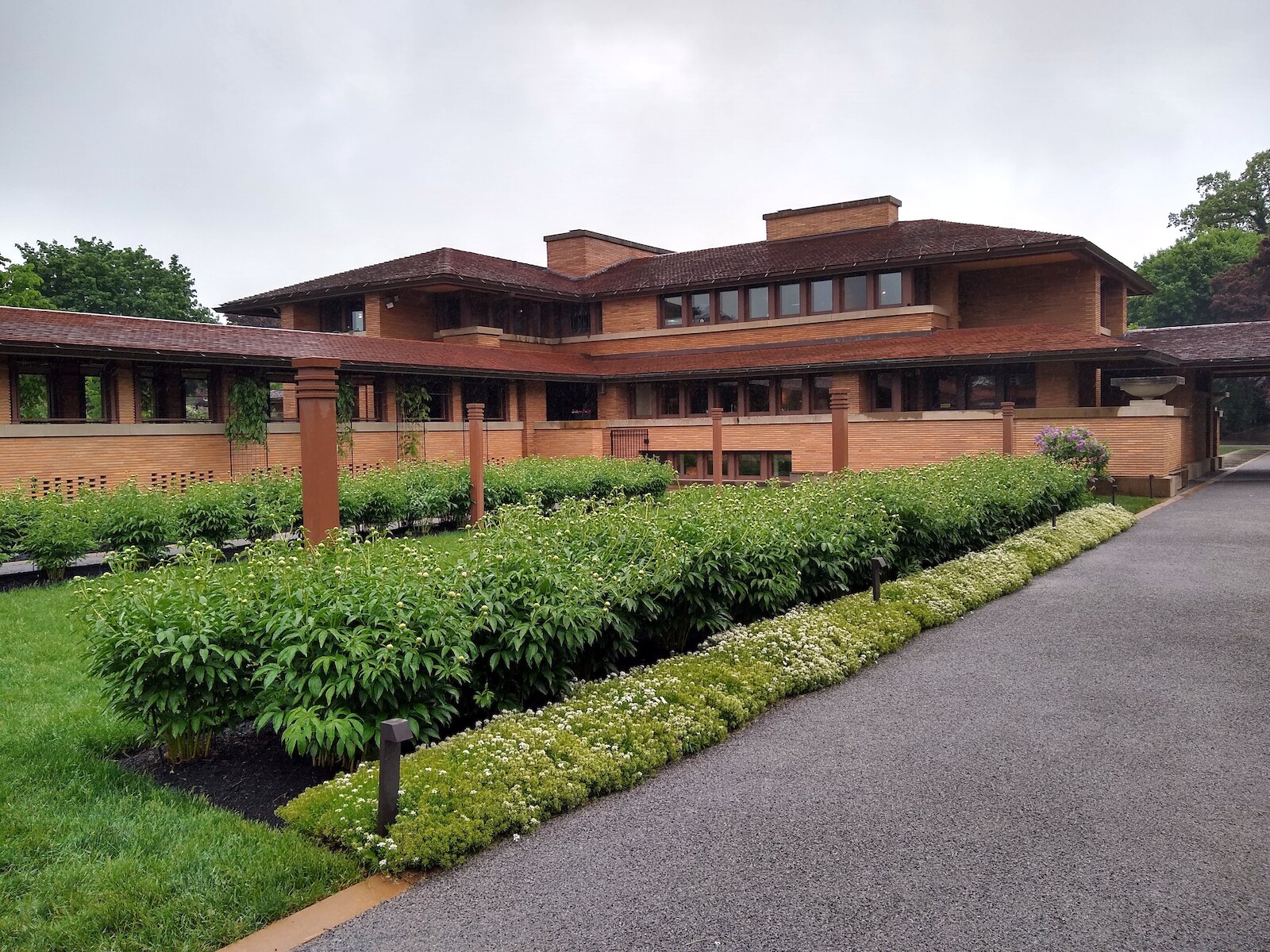 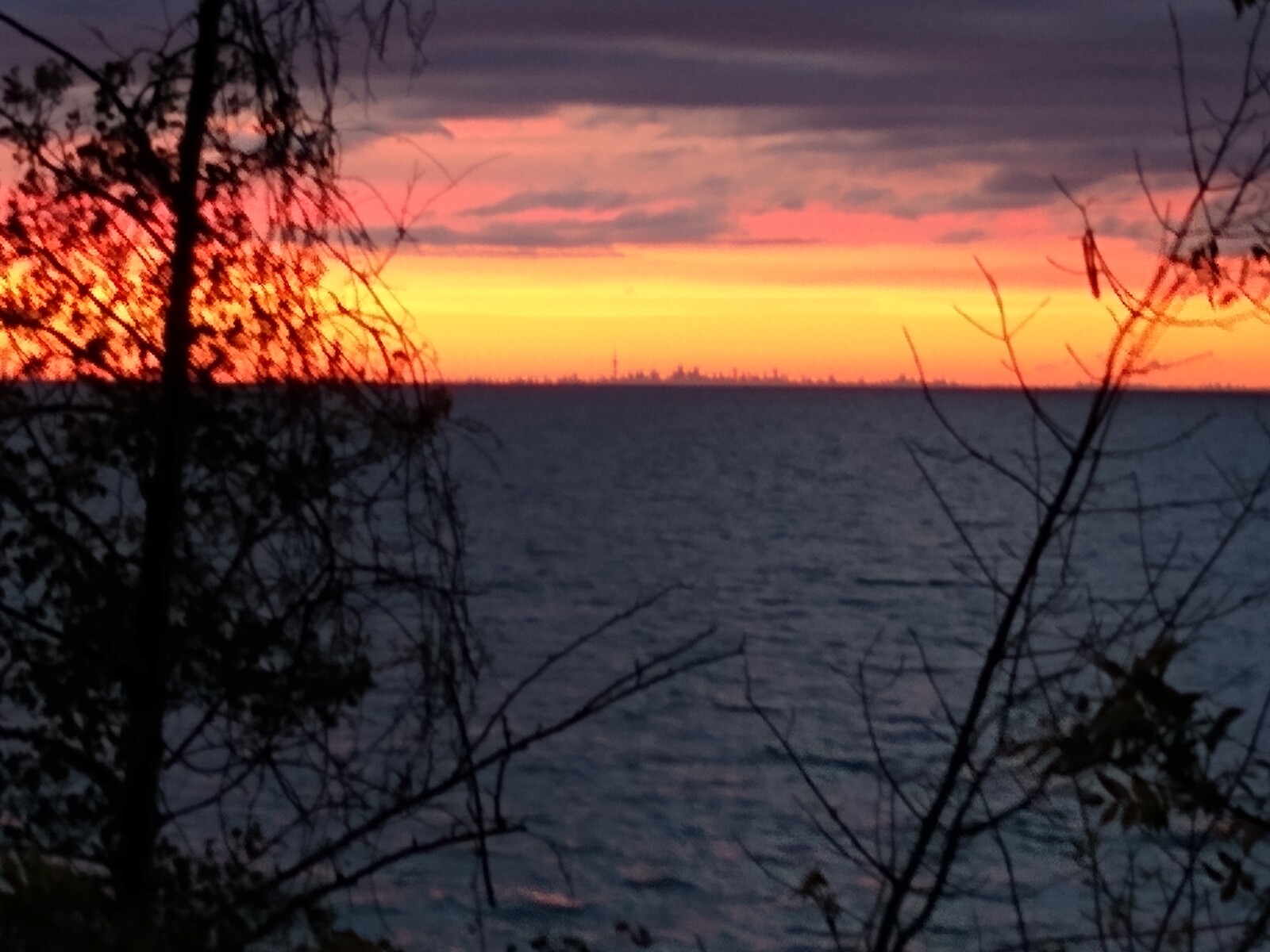