On Monday we bugged out around 10 AM and took the scenic route to our next stop, Letchworth State Park, the Grand Canyon of the east. On the way, we stopped in Lockport and saw boats navigating the series of locks that lifts them 60 feet in the Erie Canal. The whole complex and the engineering required to move boats uphill is really fascinating. We lunched at Tom's Diner, which delivered good food in 1950s ambiance, with 2022 prices. After that we routed through LeRoy NY, so we could visit the Museum of Jello. It was just as awesome as you are thinking it might be. From there it was a pleasant 30-minute drive to Letchworth State Park. That evening we walked around the park, took in a nice sunset, and did the campfire and chill thing. 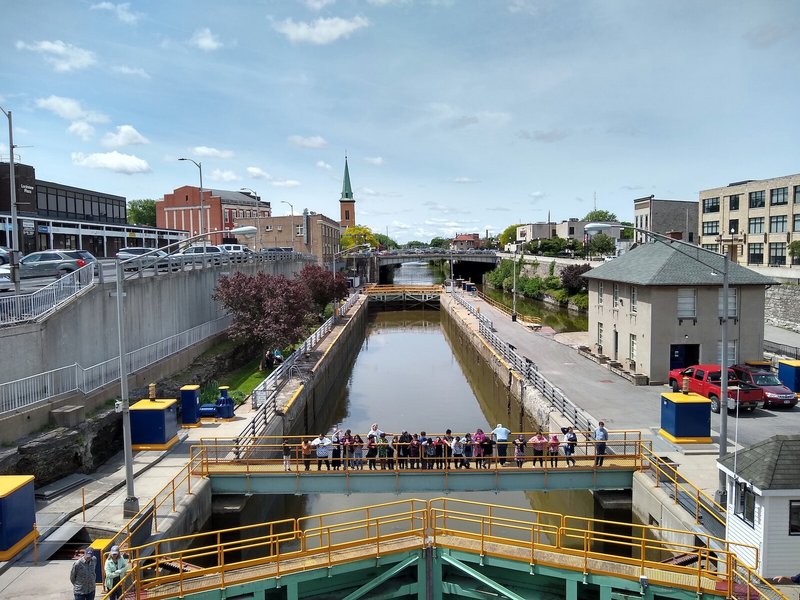 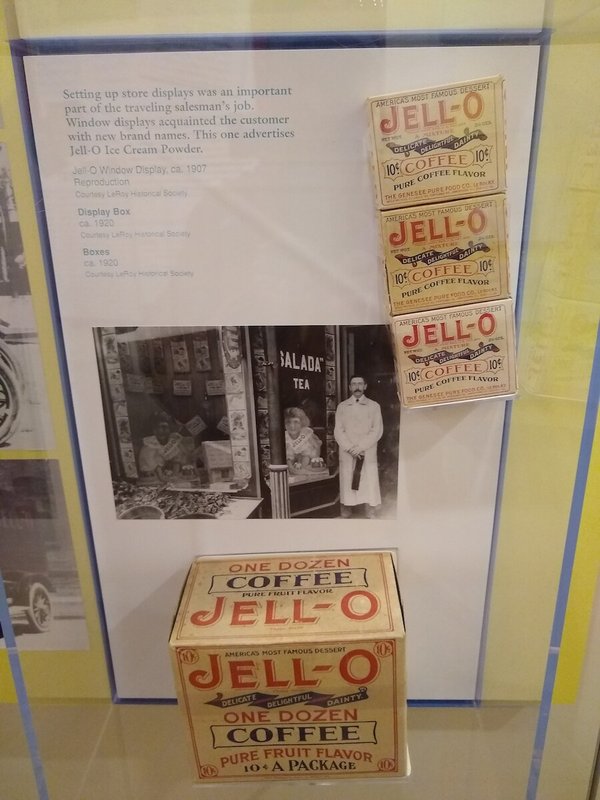 On Tuesday, I did a 6-mile hike that took me to the three major waterfalls in the park. Letchworth is called the Grand Canyon of the east, and it's a legit title. Last year I camped at the Grand Canyon of the South, so I guess I know where I need to head next. Also, this is a huge state park. It's a 20-min drive from the campground to the visitor center. After the hike, Michelle and I went back out and I showed her the sights, with less walking involved.

Our first night here, Michelle overheard a woman complaining about the bathrooms. The bathhouse in question is 6 private, spacious suites, 4 of which include ADA compliant showers. They are the nicest state park bathhouses I have ever seen. If these are a problem for her, she needs to sell the camper and go back to the Hilton.

While in the visitor center, a guy commented on my T-shirt. I was wearing a Red Sox Williams #9 shirt. He introduced himself by his legal name, Theodore Splinter Martinez (not his real last name, which I don’t remember). That's a family with a serious dedication to the Red Sox.

We listened to more radio this week than in the last several years combined. At Niagara Falls I found a Canadian station that was doing an all 80s weekend for their 3-day weekend. And at Letchworth I've had a classic rock station from Rochester on. I've got about 12 days of music available offline on my phone, so it's not like I'm desperate for tunes. 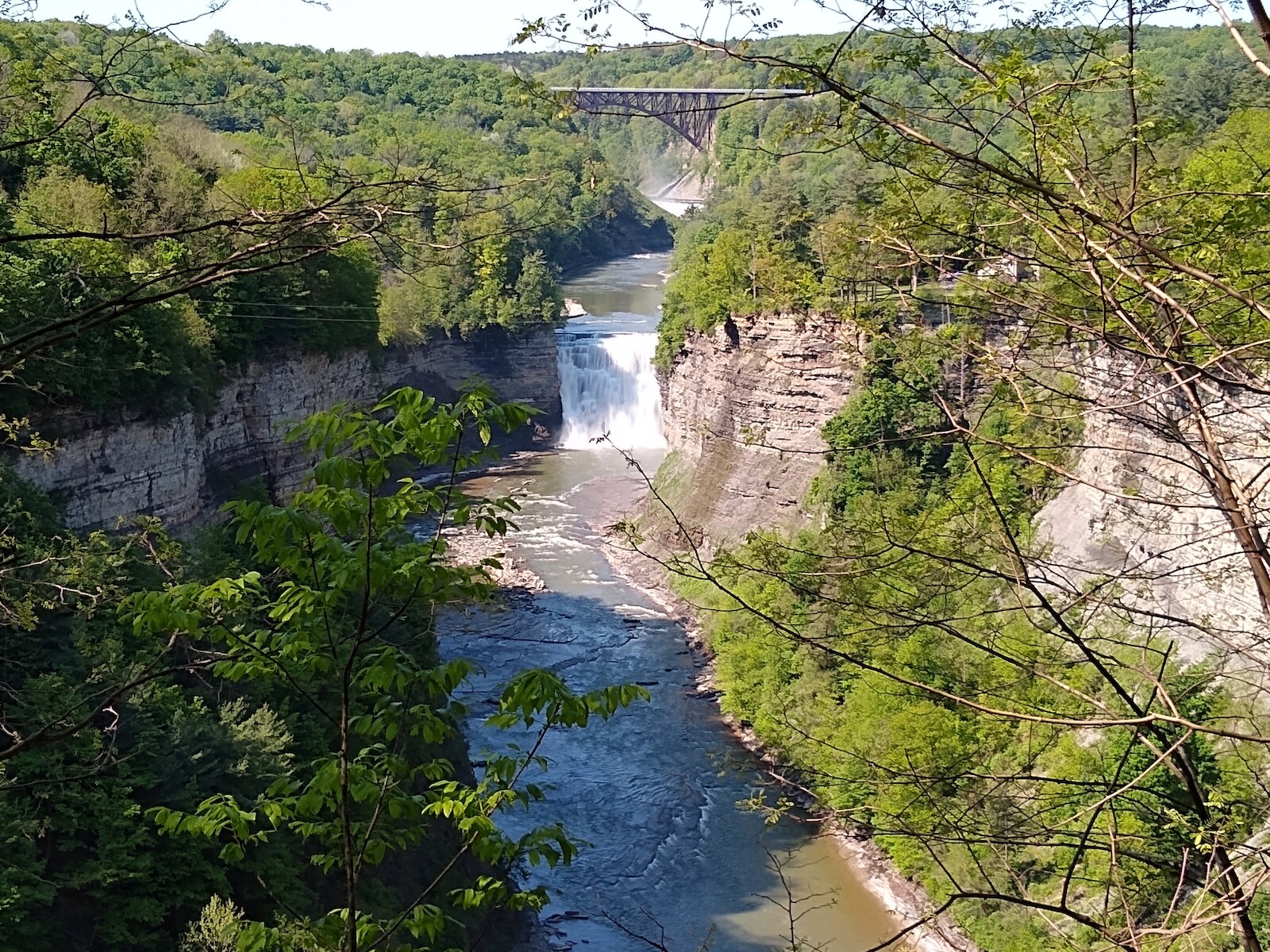 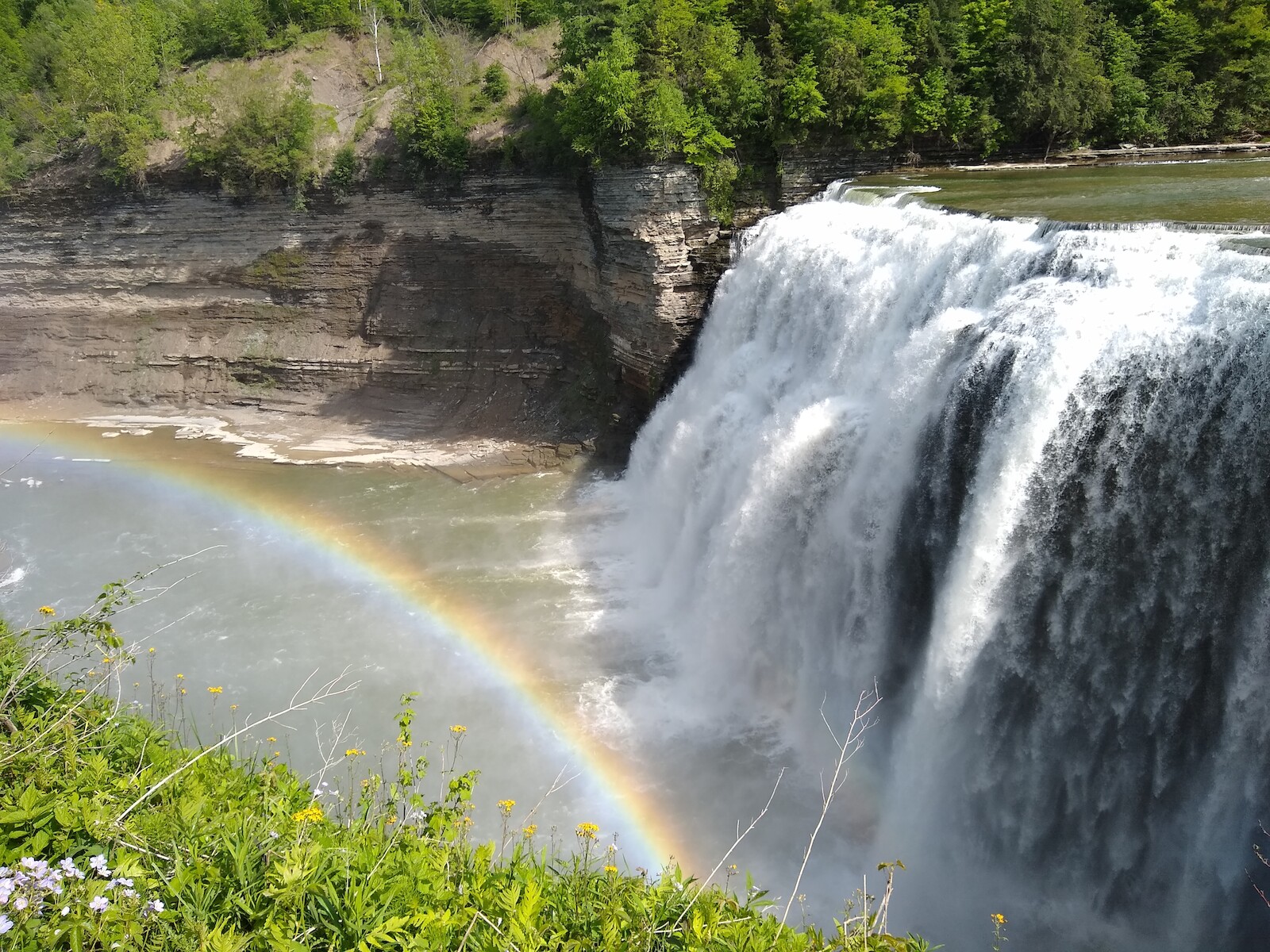 On Wednesday we continued exploring Letchworth SP. We took our time in the AM, not even getting out of the camper until 11 AM. Then we visited the park museum and nature center, before heading back to the camper for lunch. After lunch, we went to Mt. Morris dam, where the Army Core of Engineers led us on a tour that included being on top of the dam as well as exploring the tunnels inside the dam. They have cell phone repeaters throughout the dam so even 100 feet inside the rock of the cliffs, encased in 10 plus feet of concrete, I had a full signal. Prior to the tour, I was trying to remember my power generation class from Purdue… water drives the turbines, which rotate a conductive coil though a magnetic field and that generates electricity. Turns out Mt. Morris is a dry dam, used only for flood control. It saves Rochester and many nearby towns from a catastrophic flood about every 7 years on average. That's a good investment of our tax dollars. After that, Michelle chilled at the campsite while I did a hike along the gorge near the damn, where I ran into a young couple with a drone out over the gorge, which I'm 99% sure is 100% against park rules. But his camera feed was amazing so I enjoyed it guilt free. After dinner at the camper we did a Netflix and chill night, watching 3 episodes of Eureka S1. It's a rewatch for me and the first time for Michelle. 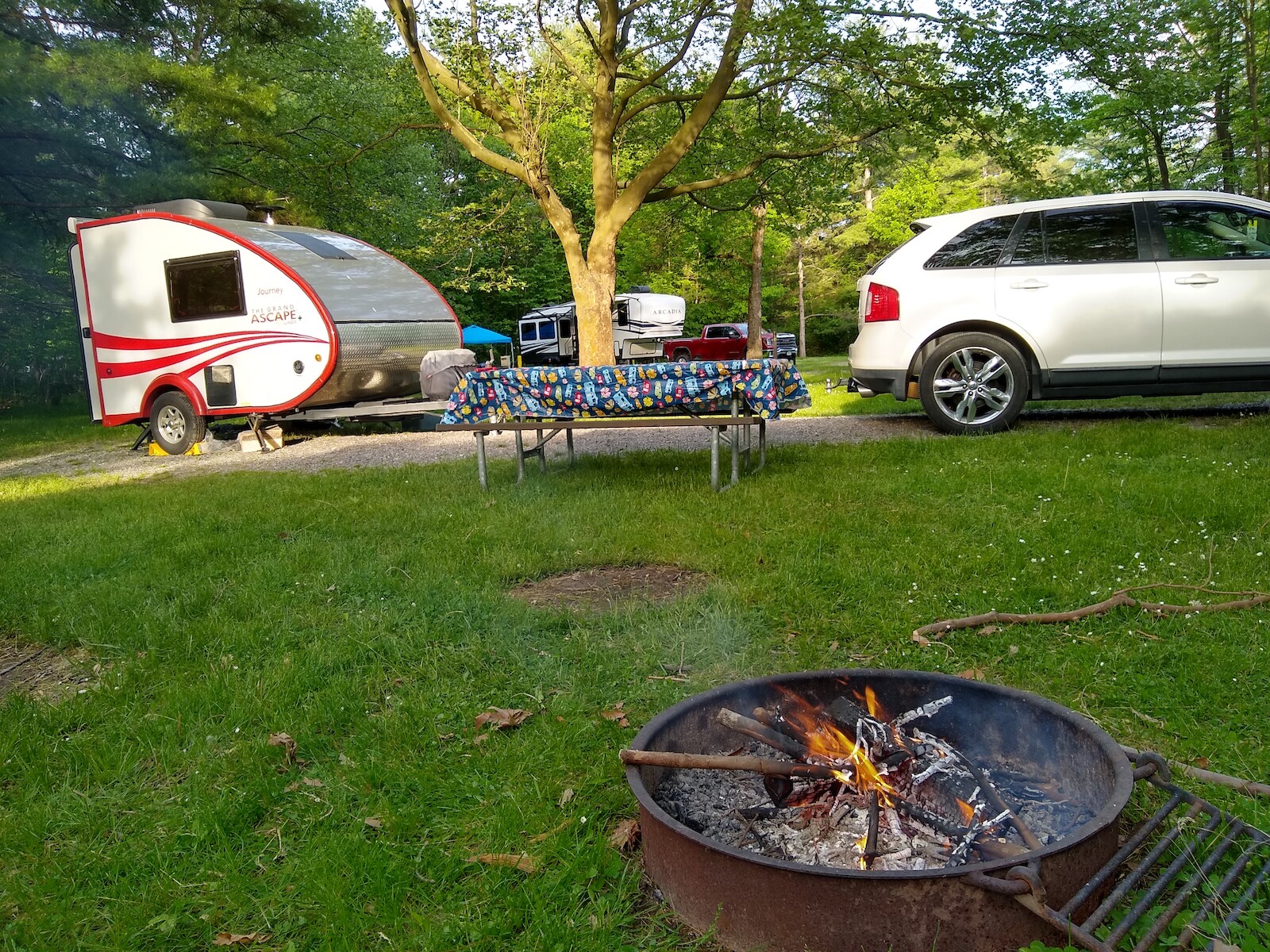 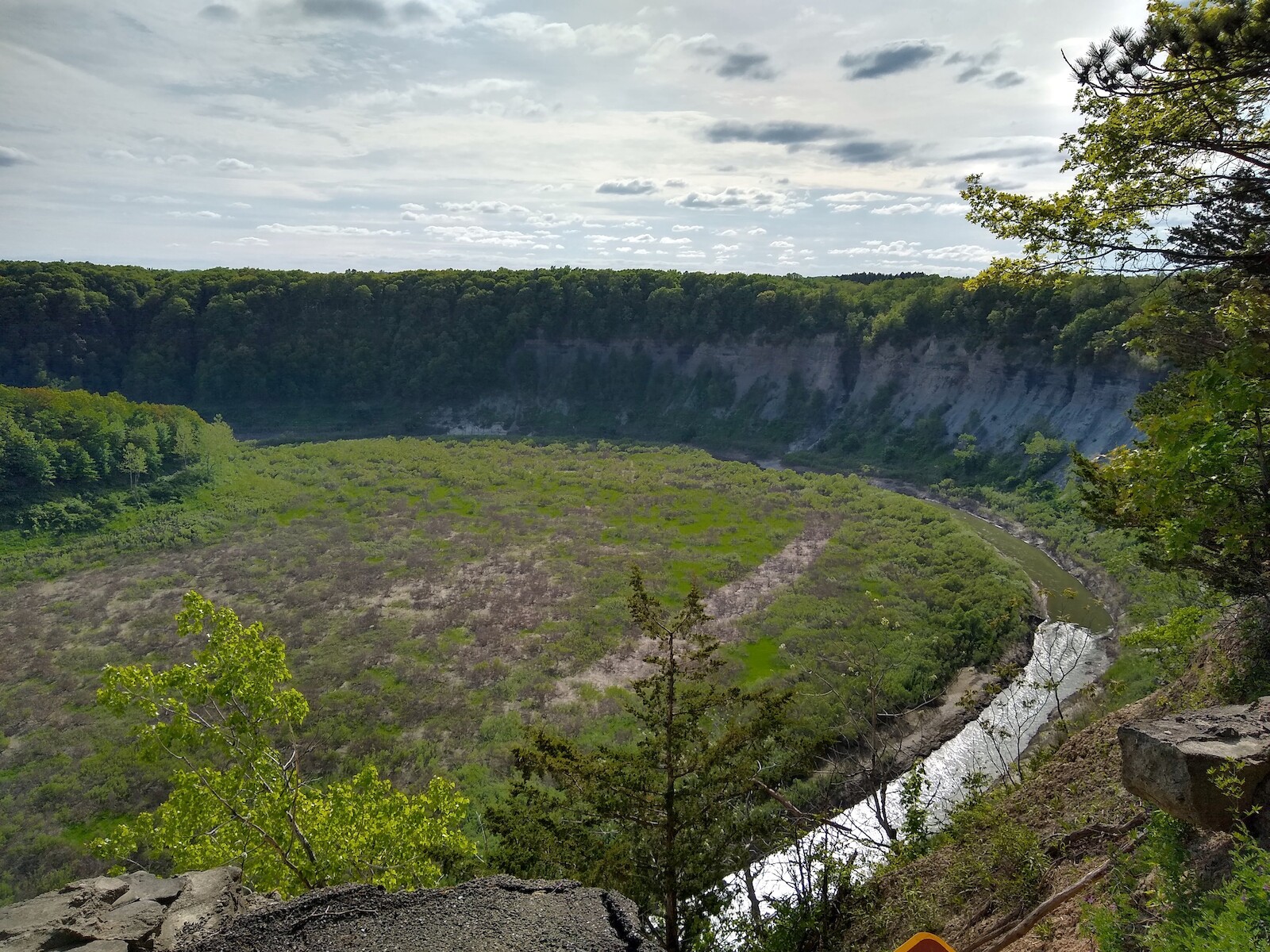