We got to our campsite at 6:30 PM on Friday. It started raining at about 7:30 PM. It stopped raining about 8 AM Sunday morning. You are not really a camper if you haven’t toughed it out through a washout weekend, and this was not my first washed out weekend. Some weekends you win the weather lottery, some weekends you don’t. 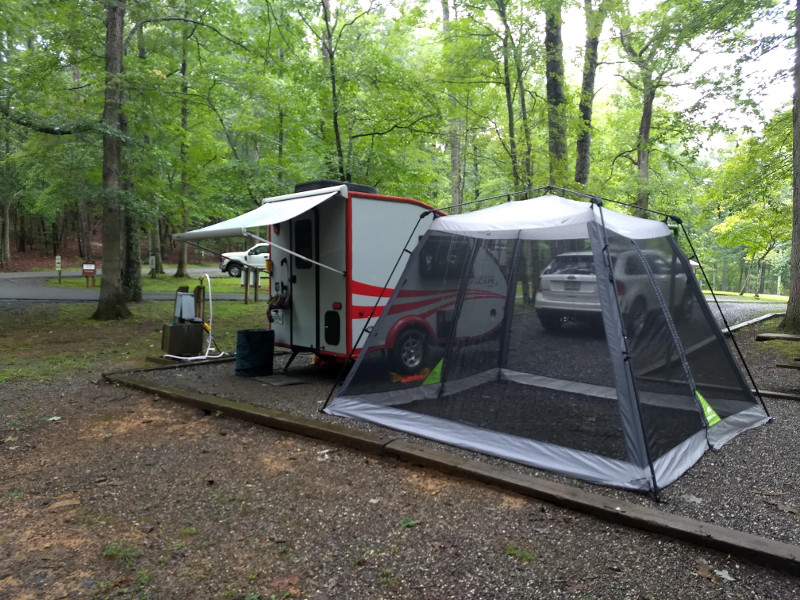 Douthat is one of the original six Virginia State Parks and arguably one of the best too. I definitely want to go back in better weather.

We were meeting friends that were staying in an AirBnB nearby, and even though it was raining we were able to hang out for a while as the forest canopy was an effective umbrella from the light rain. Later that night it started raining harder, and it didn’t let up until Sunday.

So we settled into the camper to watch Ozark, which I had on a thumb drive since HDCP encryption blocks our ability to plug a Chromebook into the flat screen and watched Netflix, as the flat screen is apparently not HDMI 2.x compatible. The thumb drive contained an Ubuntu OS, but no Ozark episodes. Apparently I picked up the wrong thumb drive.

If you are wondering home many thumb drives I could have scattered on my desk that I could make this mistake, keep wondering because I’m not answering.

BTW, we had no cell service at the campground, requiring us to make plans with our friends in advance and then actually show up on time without further communication, just like we used to do it in 70s and 80s. Guess what? It still works!

So, back to the Ozark story. For reasons unknown, my wife’s Chromebook was able to use the camper flat screen with downloaded Netflix content, so we were able to watch Ozark on the big screen after all. I have no idea why it worked this weekend and I won’t be surprised if it doesn’t work on our next trip. I will continue to bring “backup” entertainment options on a thumb drive, hopefully bringing the correct thumb drive next time.

Saturday it rained steadily all day. We went out exploring for a while in the morning, but by early afternoon we were holed up in the camper out of the rain. We passed the time decorating, brainstorming ideas for small camper organization, playing games on our phones, and watching a few Ozark episodes. We had dinner plans for a campsite BBQ with friends but instead we took over a nearby picnic shelter and hung out there cooking and drinking a couple of beers out of the rain.

New curtains in the camper 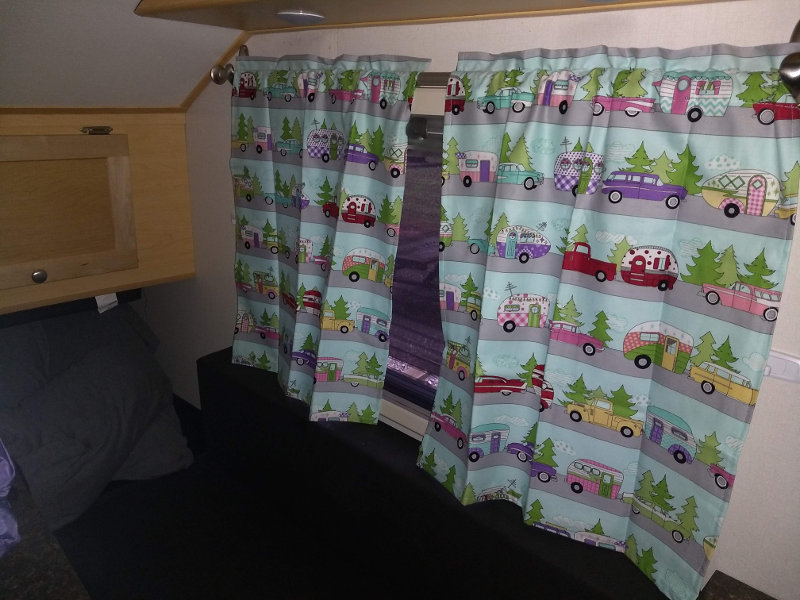 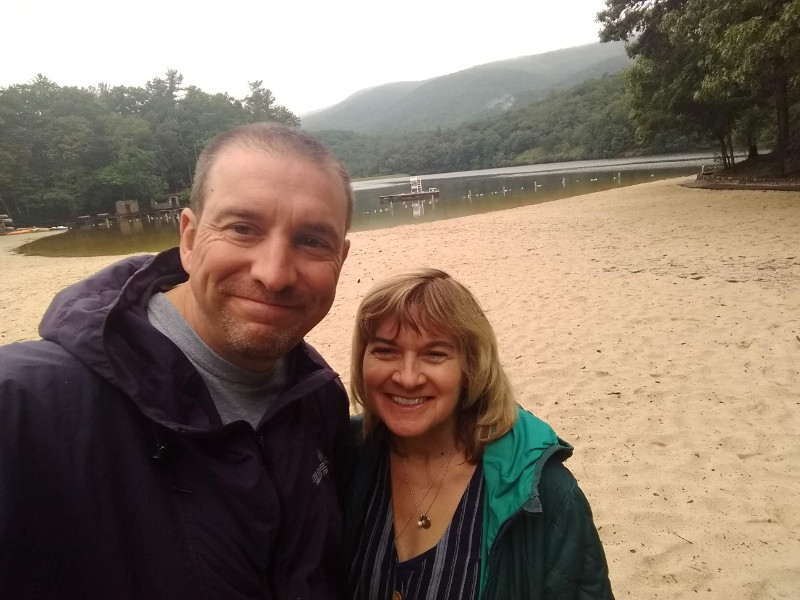 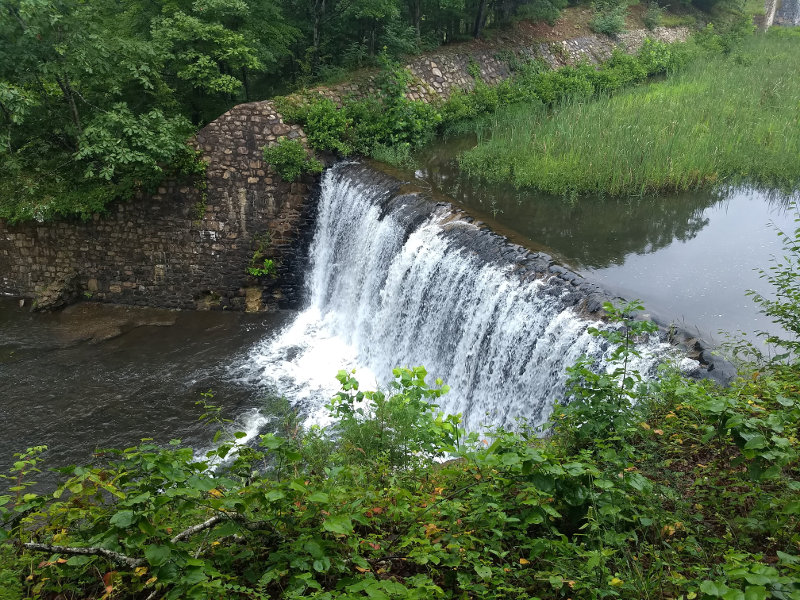 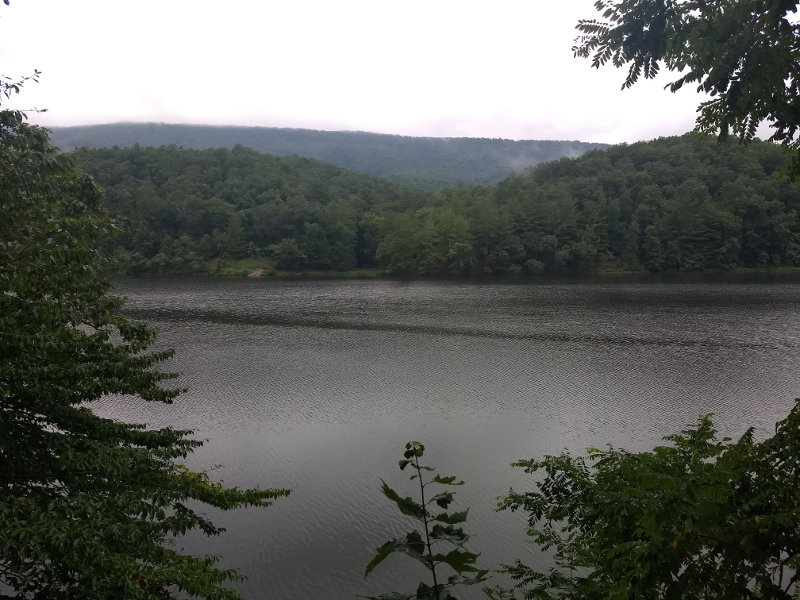 When we rolled out of bed at about 9 AM on Sunday the rain had finally stopped, so we packed up and headed home.

Not the most exciting camping weekend, but at least we know the camper doesn’t leak!