Our third trip in the Ascape was a weekend camping trip to Fairy Stone State Park. 30 minutes before we left I looked at Michelle and said, “Let’s take Teddy.” Teddy is our Jackshund (Jack Russell / Dachshund) who at the moment I said that had never been camping. We never took him tent camping. If you are now hoping for a story of all the things that went wrong with a dog on his first camping trip I am sorry to disappoint you. He was great, and was even more relaxed in the camper during a thunderstorm that he is at home during a storm. However he apparently can’t nap outside so he was not getting his normal 20 hours a day of sleep while camping. I think he was out before we got out of the campground on the way home and pretty much didn’t move until we got home. 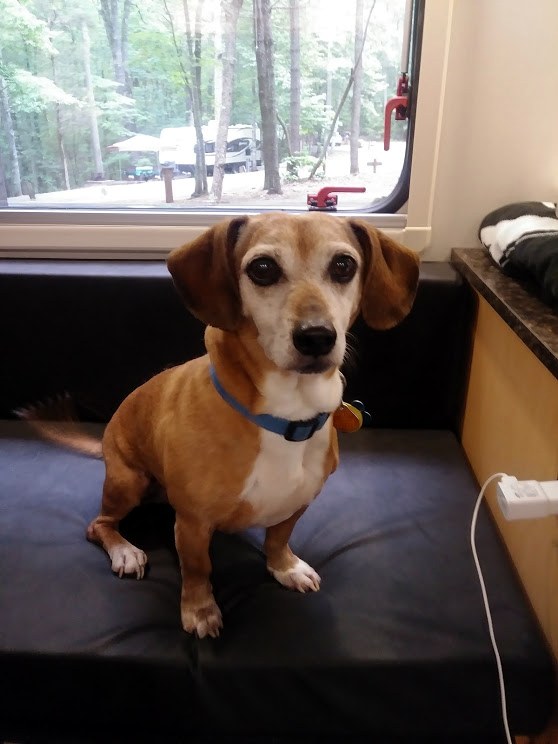 Fairy Stone is a fairly small campground with only about 50 sites. We saw three traditional teardrops and a Scamp. We had two parties stop by to ask about the Ascape and take a peek inside. That's 3/3 on camping trips where the Ascape attracted attention. It was quiet and the restrooms and showers were clean. Of course nobody is wearing masks but out in the woods social distancing is easy and the reality is a chance encounter in the restroom is very unlikely to cause any problems. However if the government can't enforce the rules on it's own property its not surprising nobody is enforcing it anywhere else.

I had to back into a campsite for the first time with the Ascape. I have to back into my spot at the storage lot so it’s not that big of a deal. But it’s a little easier to navigate when I can aim between the two large 5th wheel trailers I usually park between in the lot. It rained on the drive in and it sprinkled during camp set up but thankfully the heavy stuff held off until we had everything set up. So we ended up cooking indoors Friday night, totally justifying my decision to get a camper with an indoor galley. 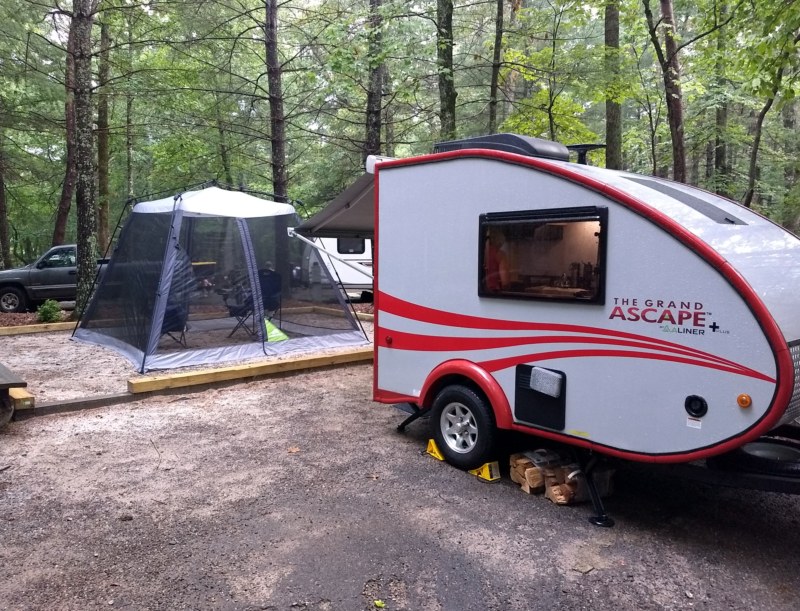 On Saturday we went for a short hike in the morning and then camped out in the camper as a wave of thunderstorms took a few hours to move through the area. It cleared up in time for dinner (grilled chicken quesadillas) and S’Mores over the campfire. The S’Mores were enhanced by dipping them in Bailey’s Irish Cream prior to smooshing them between graham crackers and chocolate. About 5 PM a young couple pulled into the spot next to us then proceeded to take 20 or 30 minutes to pitch a simple 2-person tent while referring back to the instructions 4 or 5 times. They hung out sitting on the ground as they apparently didn’t have chairs, went into the tent early, and were leaving when I got up at 8 AM on Sunday. The park isn’t on the way to anywhere so it’s hard to believe they were camping instead of hoteling on the way somewhere. I'm not sure what they were up to. 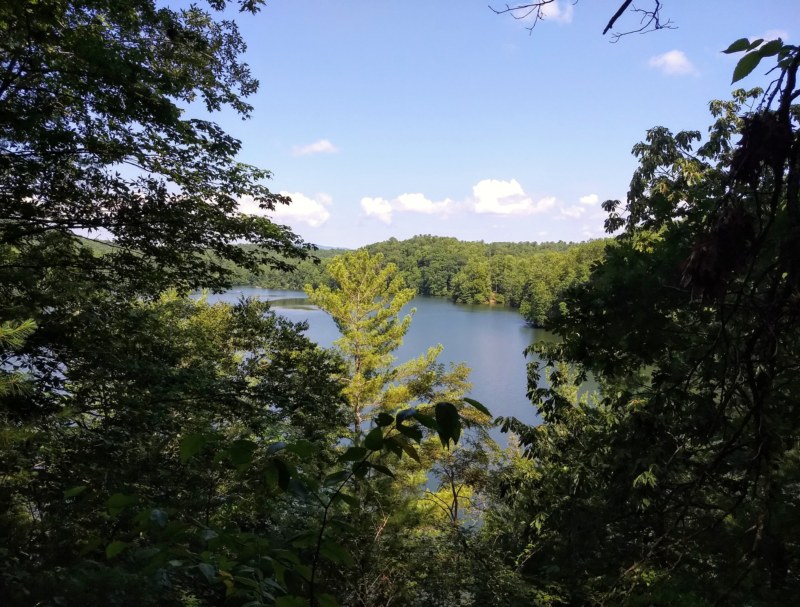 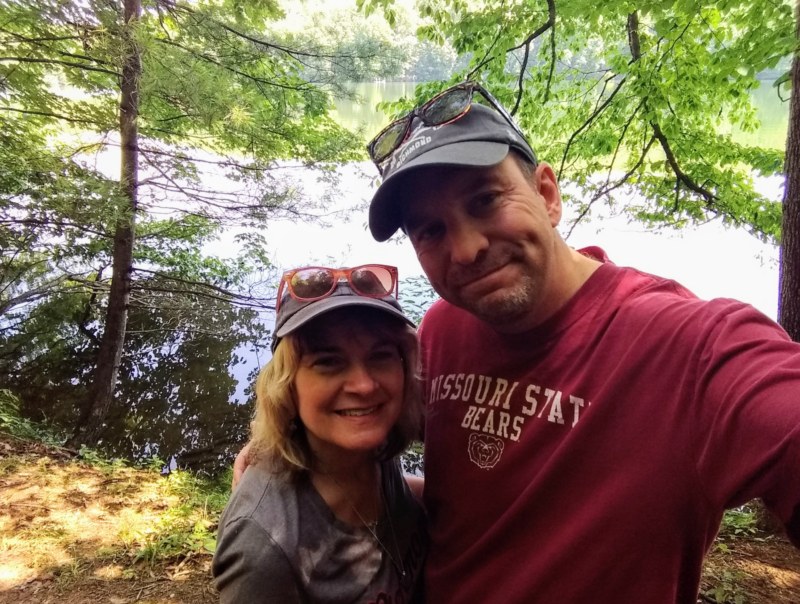 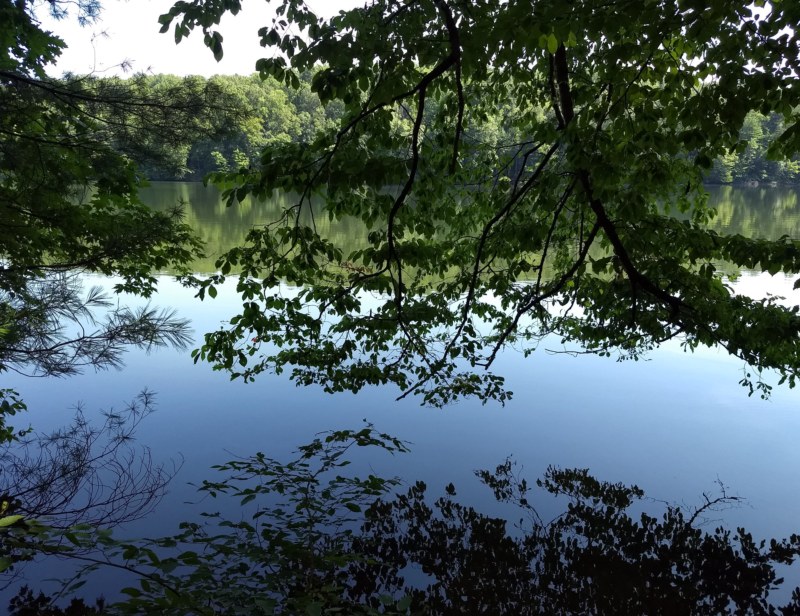 Sunday was go-home day but checkout time is 1 PM at VA State Parks so we went out in the AM to check out a historic covered bridge in the area and then to look for Fairy Stones, the crystals that give the state park its name. We didn’t find any Fairy Stones, and nobody else we met looking in the same area of the woods were finding anything either. When we left on Friday from the storage place where we park Google Maps routed me around I-81 to Roanoke then back east on a bunch of barely two lane roads. Returning home it sent me a more direct route via US 58/60/360. The route home was a much more pleasant drive. 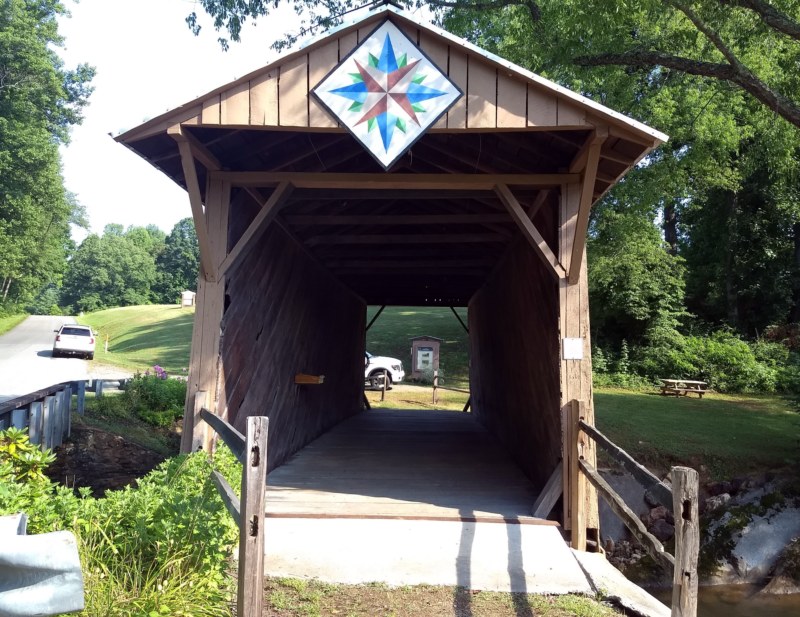 I do like the speed of packing and unpacking as so much of our gear lives in the trailer now that all we really need to pack is food and clothes. It could make impromptu camping viable for us, deciding on Thursday to head out on Friday. We’ll have to develop a list of places nearby where we are likely to find open spots on Fridays though.

So three trips down, no regrets! We are home this weekend then the following weekend my son and I are headed to Shenandoah NP for a weekend of hiking. We’ll be staying above 3000 feet above sea level for sure. The heat on the east coast has been brutal.