Natural Chimneys has been on my list of places to visit for a while. Last weekend it was the only place within a couple of hours of Richmond with reservations available on a few days notice. It's a nice campground with some really odd site layout choices.

We were in site D3, which was probably 40 yards wide. It's a back in site so wide that I didn't need to back in. I just drove in and turned to park. However, even though the site is that wide, 80% of it is unusable because the water spigot is on a shared stem with the neighboring site, and the power box is about 30 feet from the water. So you have to park over near the neighbor, even though you have all that space on the other side. We walked through the "E" section to get to the bath house and I'm still not sure about the sites in that section. I really couldn't tell where one site ended and the next started. Maybe that is why that section was mostly empty.

Also, the park is apparently home to the oldest continuously held sporting event in America, a jousting tournament that has been going for almost 200 years. How have I lived here for 24 years without ever hearing about this?

We arrived after dark on Friday. The drive in from 81 is a little harrowing in the dark, as it's narrow and twisty. You are in the valley, so it's not mountainous, just hilly with sharp curves as the road routes around farmland. After setting up a camp and a quick dinner of hot dogs and mac n cheese, we retired to the campfire for some relaxation time. There are signs posted everywhere warning not to drink in the park. I don't know if it's like the State Parks where you are fine on your own campsite as long as you are behaving, or they'd chase you out for having a beer by the campfire. I have advanced alcohol concealment skills left over from drinking in high school, so they were never going to catch me. If I had been drinking ;)

On Saturday we started by going birding at Elkhorn Lake, which is located in the George Washington National Forest. It's a very scenic lake and fall colors were popping. My birding skills are very beginner, so even though we saw a bunch of sparrows they never sat still long enough for us to ID them, so I only reported about 9 or 10 birds on e-bird. One thing I'm trying to do more of is embrace sucking at things, and work to get better. After birding we drove about 20 miles to the Hidden Rocks hike, which was fun, and again with some nice fall color. After that we followed US 33W just into WV to the High Knob Tower Trail. The 360 degree views from the fire tower were amazing. On the way back to the campground we drove by Mile Hill, which one of Virginia's two volcanoes. Yes, Virginia has volcanoes. Mole Hill hasn't blown for 47 million years, so it's probably due any day. 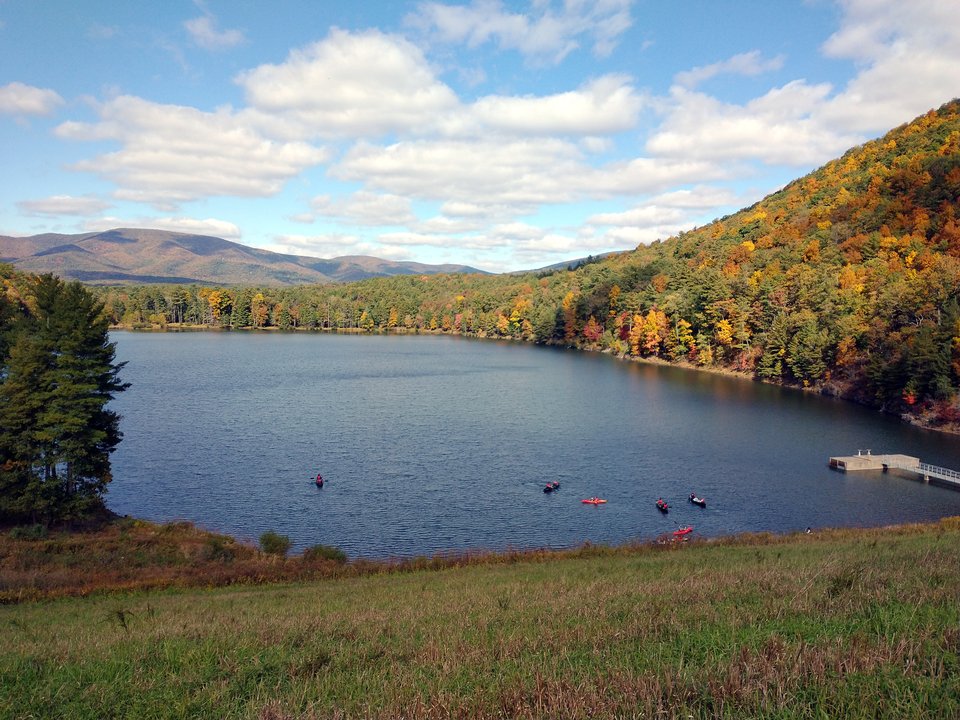 View from the fire tower 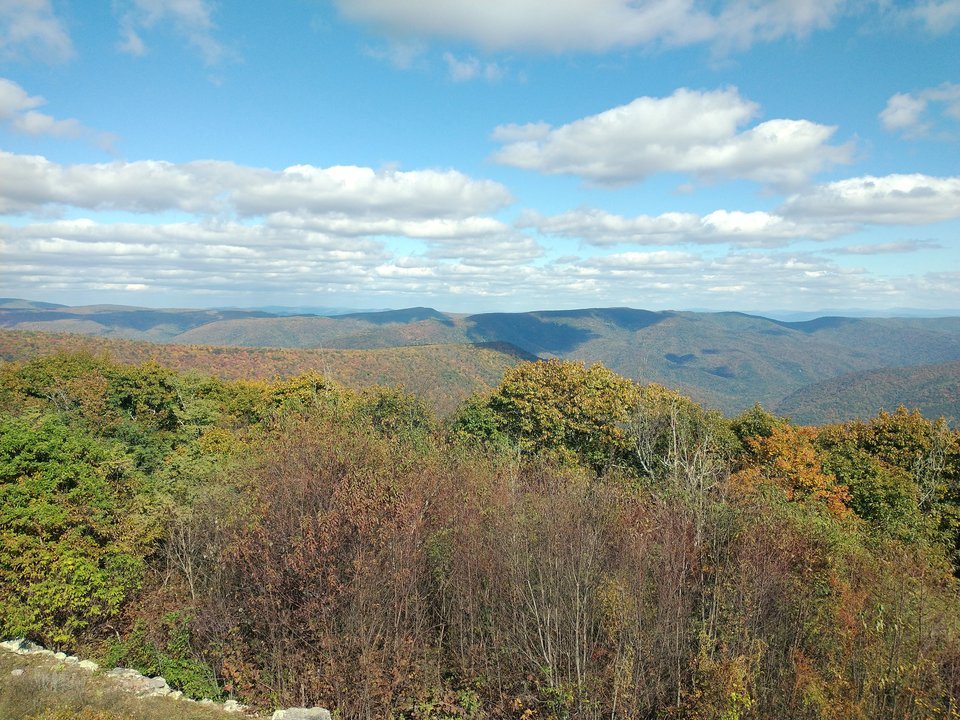 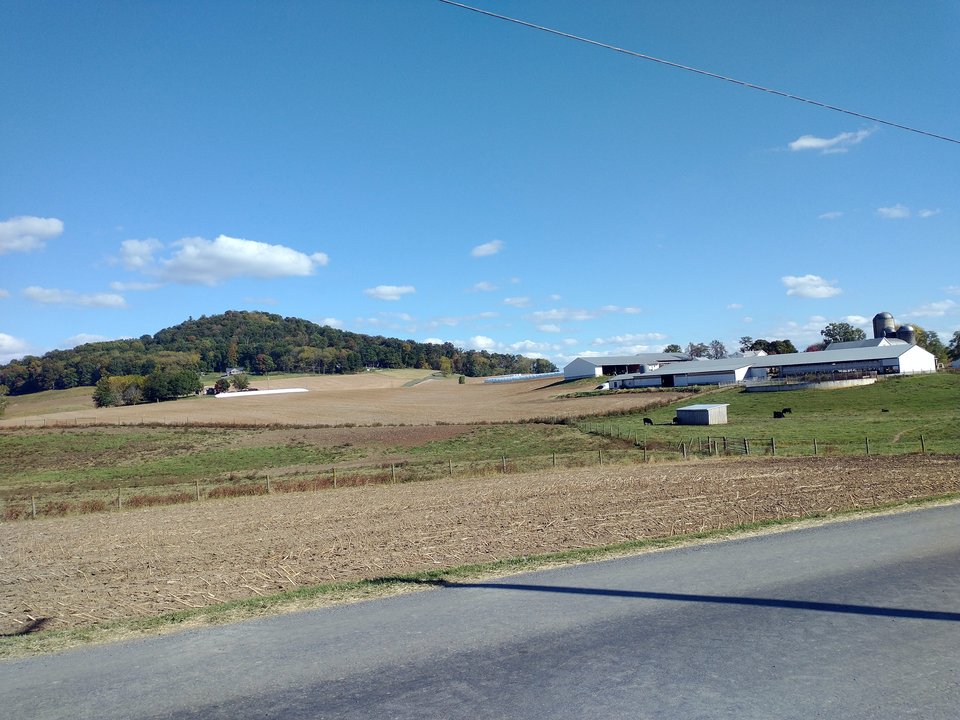 As we crisscrossed the area to get to our hikes we were in serious farm country. We drove through Dayton, VA, which apparently has a large Mennonite population based on the number of horse and buggies on the road. I was not aware we had a Mennonite population that far north in Virginia. We probably logged 80 miles in the car and never saw a a grocery store, just a couple of farm supply places and a few gas stations. It was the real Shenandoah Valley, and somehow my first visit there in 24 years in Virginia. There is always new places to explore near home, you just have to look. Or in our case, stumble into it.

Saturday night we grilled burgers for dinner and logged some more campfire time. It got cold on Saturday night so we headed into the camper relatively early.

On Sunday we did the Natural Chimneys loop, and I grabbed the wrong piece of paper when I thought I was grabbing the park trail map. The trails are not well marked, so don't make that mistake! We ended up on a side trail that required us to pull ourselves up about 50 yards of a 30 degree slope using ropes tied to the trees. The Natural Chimney formations are cool, looks like the remains of a medieval castle. After that we packed up and headed home, with a stop at the Augusta Military Academy museum. Neither of us had ever heard of the Augusta Military Academy, but it was on the way home and we had time to kill. Our planned 30-60 minute stop ended up taking 2.5 hours because the curator there was so passionate about sharing the stories of life in the academy, he is a damn good storyteller, and we were the only people in the place. It opened shortly after the Civil War ended and closed in 1983. It checks all the stereotype boxes you are thinking for boys military school (until about 1970). Life there was tough, especially if you weren't an alpha kid. Interestingly, the kids only joined the military at the same rate as the general public school population. Anyway, it was a really interesting piece of VA history that I'm glad I know about now. 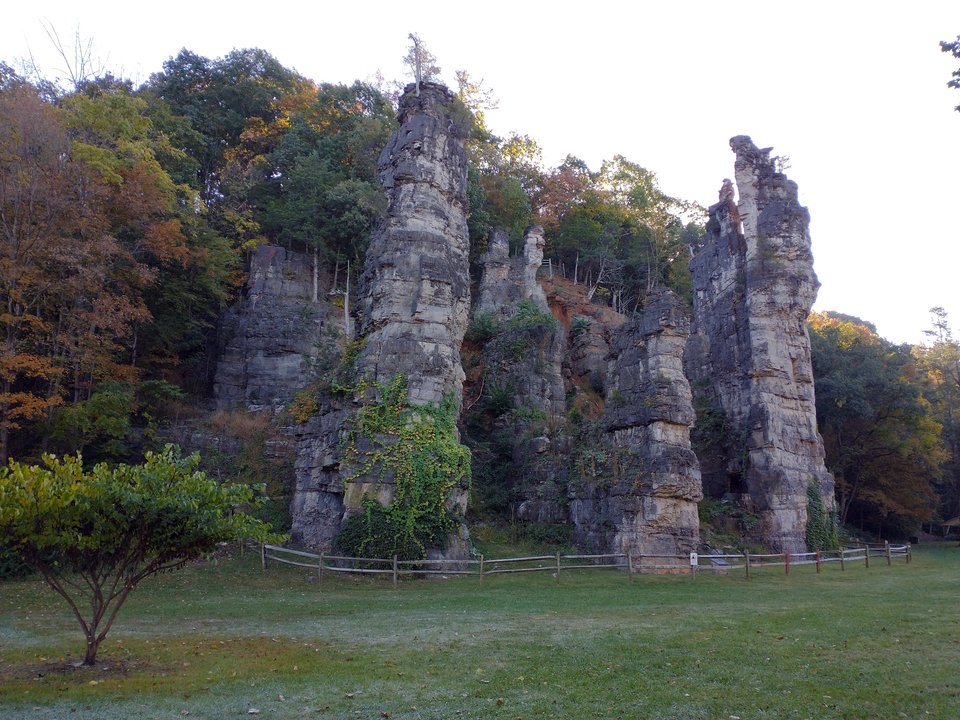 40 year old dorm at Augusta Military Academy. It's a lead paint and asbestos disaster, so will sit until somebody wants the land bad enough to remove it. 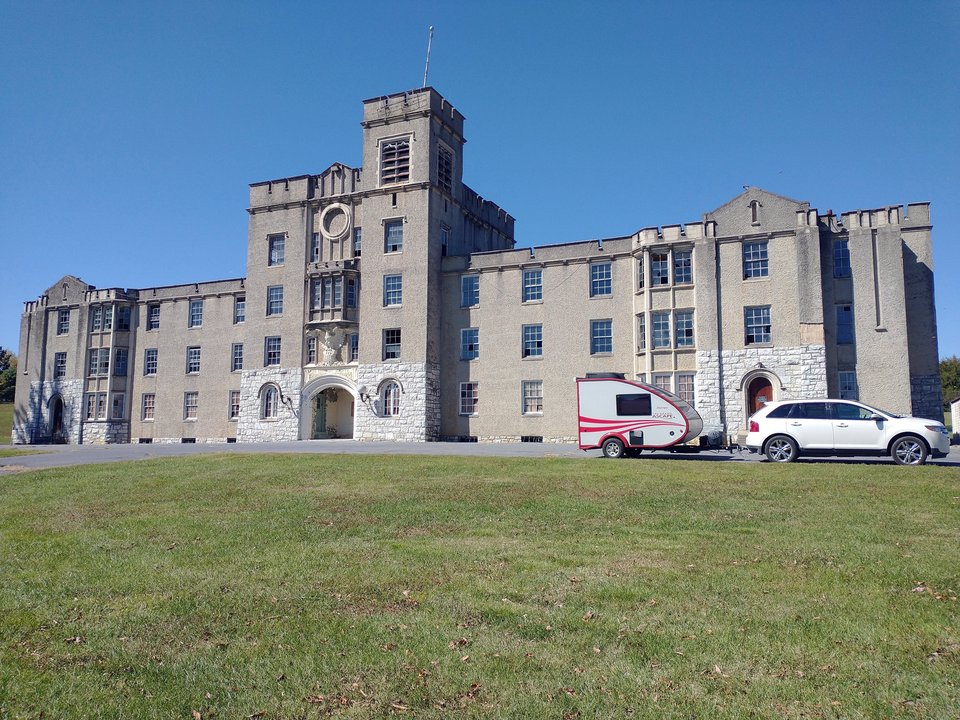 Also, if you noticed the trip counter at the top of the article, we've spent 100 nights in the camper over 3 camping seasons. I'll write more about that in a seperate post.