The title is a lie. I didn’t spend the day with the President. I did spend an hour in the same room with him yesterday though.

On Wednesday afternoon, I got a call from a DC area code. I ignored it, as I don’t need to extend my car’s warranty. However, the call was from the health care policy analyst with Congressional Representative Abigail Spanberger’s office. I had talked to him last summer when I found a flaw in the laws related to high deductible health plans. (If you change jobs mid-year, you start over at zero on a new plan, meaning your out-of-pocket for the year can exceed the federally mandated maximum for out-of-pocket expenses for high deductible plans.) Remembering me (or maybe I just came up in a database search of constituents interested in health care policy) he was calling to invite us to the Biden event in Culpeper the next day. I didn’t have any client meetings on Thursday and Michelle was into it, so I took the day off, and we made a date-day of a Presidential policy speech.

Never let it be said that I don’t know how to romance a girl. I did at least dress for the occasion. First time I've put a sport coat and dress shoes on since late 2019. 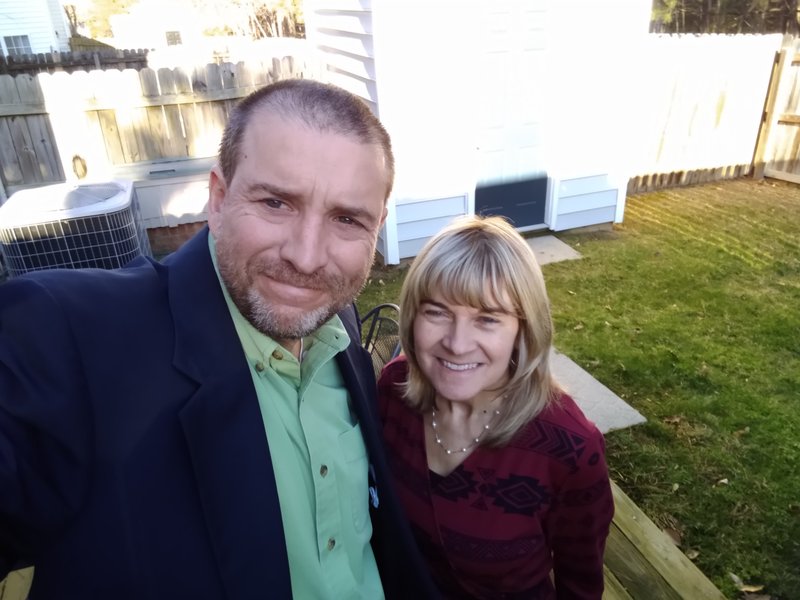 I had no idea what to expect. They told me to bring ID, proof-of-vaccination, and to expect an onsite COVID-19 test also. Michelle was concerned that her insulin pump and CGM might cause an issue, but having been through Secret Service security a couple of times in the past I knew it would not be an issue. Passing through White House security is way less of a hassle than getting to your plane. I guess it helps that they’ve already done a thorough background check before you even get invited. So anyway, we got up Thursday AM and headed north to Culpeper, arriving around 1030 AM. It took about 20 minutes to get through first level security, a search of your vehicle and a visit from the explosives detecting dog. Then we parked and wandered into the building at Germanna Community College, where security consisted of a simple ID check and a Secret Service agent with a metal detecting wand. As predicted - it was easier than airport security. Maybe what we need is well paid professionals running airport security. They didn’t check our vaccine cards, and nobody tried to stuff a swab up our nose. I did notice our names were coded green on the guest roster, so maybe Secret Service has access to the Virginia vaccine database and knew we were vaccinated?

The event was scheduled to start around 12:30 PM, and we were inside around 11 AM. There were no more than about 25 or 30 guests there. The press outnumbered us. When dealing with very important people, you get to do a lot of very important waiting. The press appeared to have been there for quite a while by the time we got there. It was Biden standing at a podium talking, I’m not sure 30+ photographers were really needed to get the perfect picture of Biden standing at a podium, but what do I know? 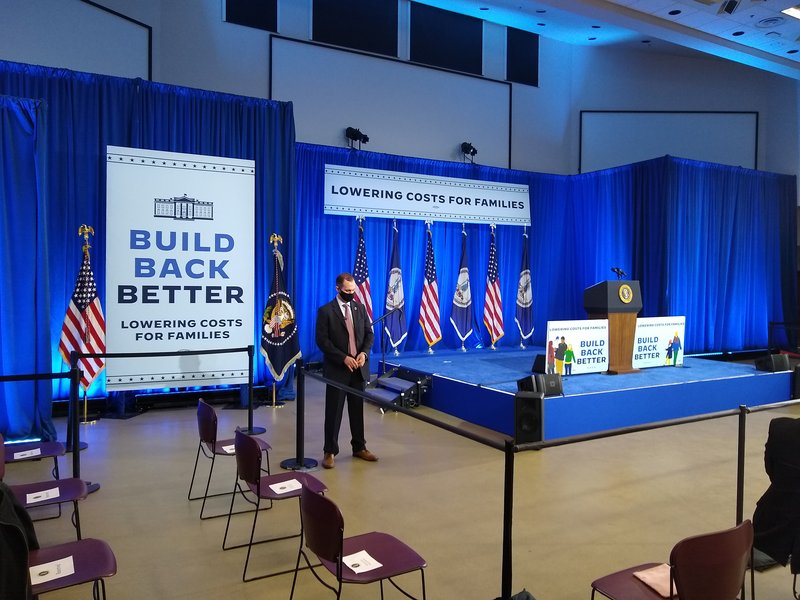 The event was, I think, basically a campaign event for Representative Spanberger. She was bounced out of her district after all the arguing about redistricting, so she will have to seek re-election in a more conservative district. Meanwhile, I lose her as a Representative and pick up a Trumplican.

The first speaker was HHS Secretary Xavier Becerra, who spoke for about 5 minutes and mostly praised Spanberger and Biden. 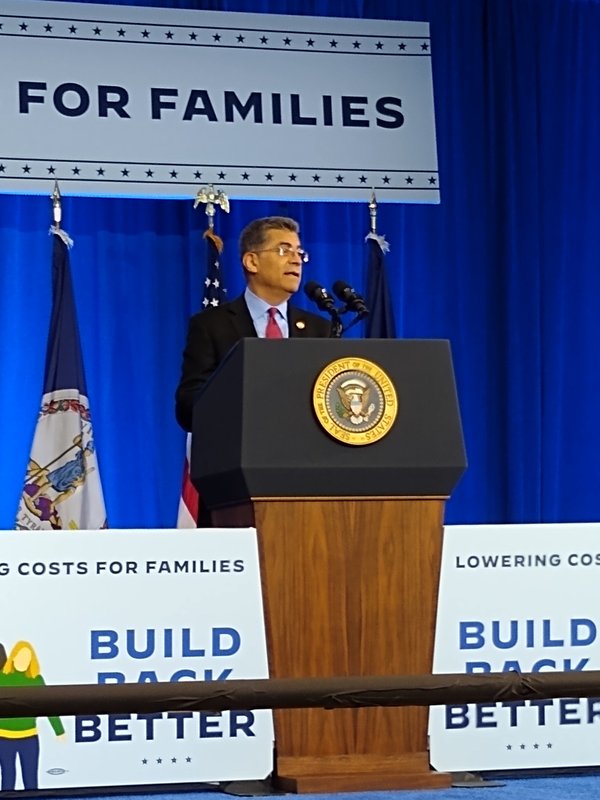 Representative Spanberger was 2nd, talking about high healthcare costs and its impact on her constituents. She also touted her accomplishments on other healthcare cost issues. The Republicans repeated attempts to kill the Healthcare Reform Act was her motivation to run for office. 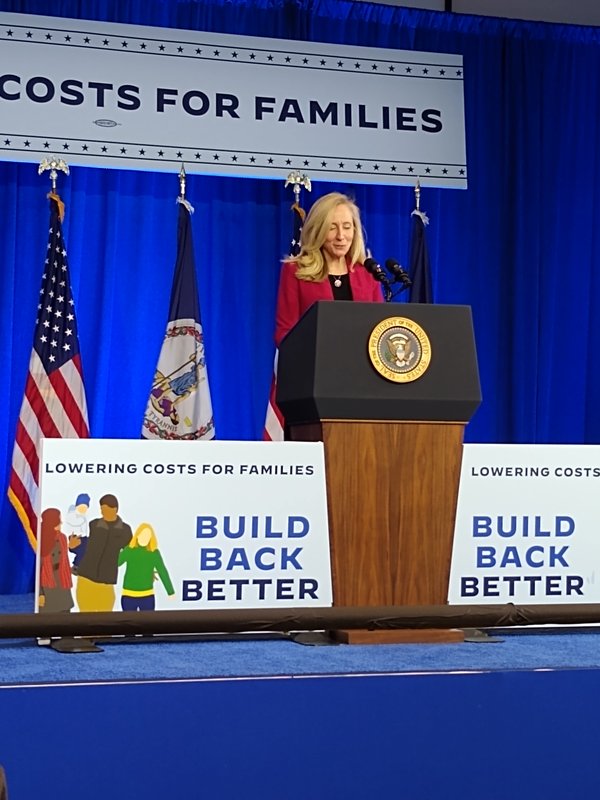 She also introduced the real star of the day, 12-year-old Joshua Davis and his mom Shannon. Shannon spoke about life with a diabetic son and husband, and then Joshua took over the podium and spoke like he was completely unaware that President Biden was standing off to his right. Joshua ended his speech by introducing the President. 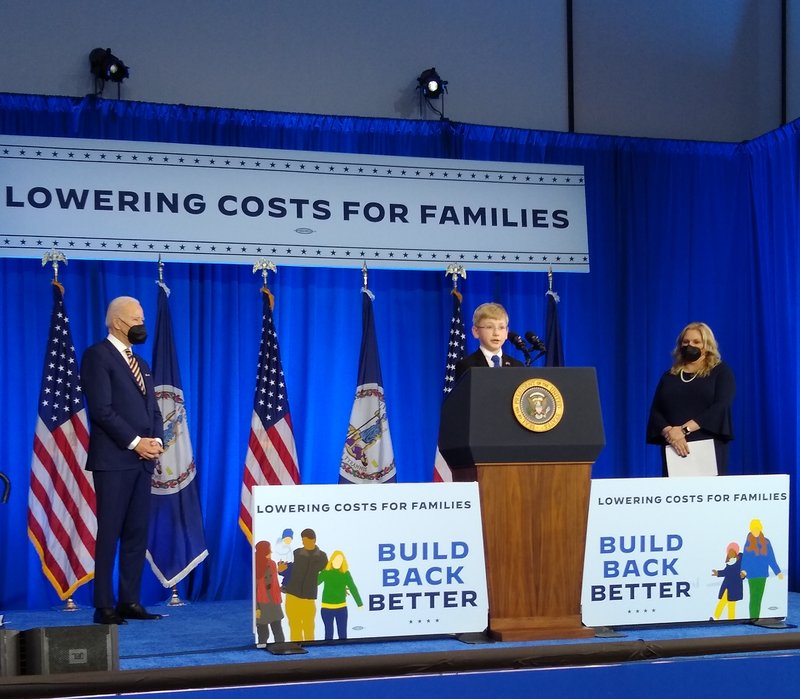 Raise your hand if you could have pulled that off when you were 12. Or this week.

Then Biden took the podium and talked for about 20 minutes about Build Back Better and specifically the need to limit costs of life-saving medications like insulin or various cancer drugs. Build Back Better contains a provision to limit out-of-pocket costs for insulin to $35/month, but Joe Manchin doesn’t give a damn, so people can die. Is this a great country or what? 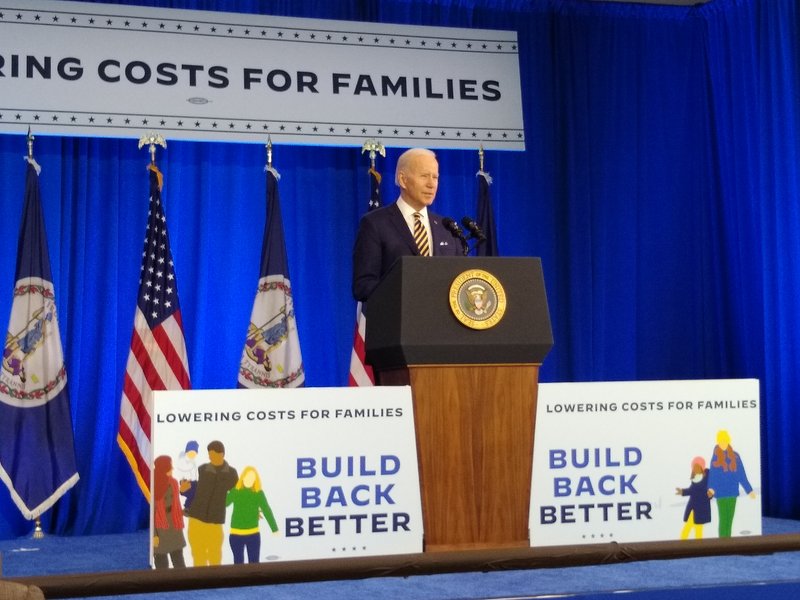 After Biden made his exit, stage right, people lined up to take a picture with Representative Spanberger, which I thought was kind of weird. We went over and chatted with Joshua and his family, as Michelle and Joshua obviously have something in common. It turned out that Michelle and Joshua’s mom are also sorority sisters. After lunch at McDonalds we headed home.

So now I can check, “get invited to a Presidential event” off my bucket list. Maybe next year I’ll take Michelle to a Tim Kaine event.