For what has turned out to be our final camping trip of 2021, my son and I returned to Devil’s Backbone, because why wouldn’t you camp at a brewery again?

It was a very different experience this time. Last time in September, the dry campsite section there was almost all tents, with just a few small campers. This time we pulled in to find the campsites full of large trailers and even a Class A, many that were way too large for the campsites. Our neighbor had a generator running about 20 feet from our trailer door, even though it was about 50F and he clearly wasn't running the AC. Dinner was at the brewpub, because of course it was. We couldn’t have a campfire that night because we couldn’t have a conversation at the fire pit over the old, loud, completely unnecessary generator 10 feet away. The neighbors were at their fire pit all evening and not even in the trailer. They did turn the generator off at 10 PM when quiet hours hit, so yay for that tiny victory.

Saturday we were up around 8 AM to go hiking, and he fired up the generator at 830 AM - 30 minutes before quiet hours ended. I measured the sound at 65 dB at 50 feet away, well over the 50 dB limit.

The hike was spectacular. We intended to do about 7 miles RT by climbing Crabtree Falls and continuing to the Appalachian Trail and the peak of The Priest. It had rained heavily on Friday and Friday night, so the falls had a plenty of water. We ended up cutting it short though, as the connector trail to the Appalachian Trail was completely washed out. We spent about 15 minutes trying to find a way to navigate a route that was not likely to end up with one of us with very wet feet, and we couldn’t do it. So it ended up being about 4 .5 miles RT, but it was a spectacular 4.5 miles. At the to top of the falls we saw a guy drop to one knee and propose to his girlfriend. She said yes. 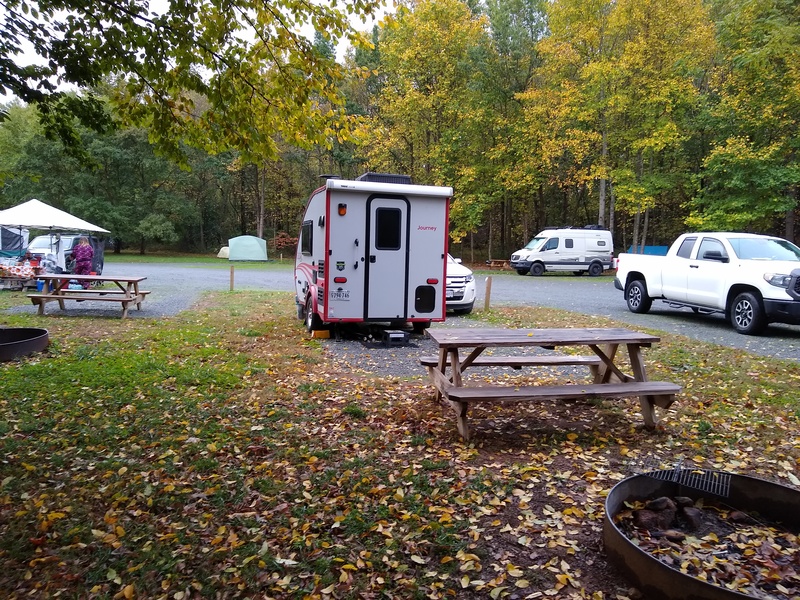 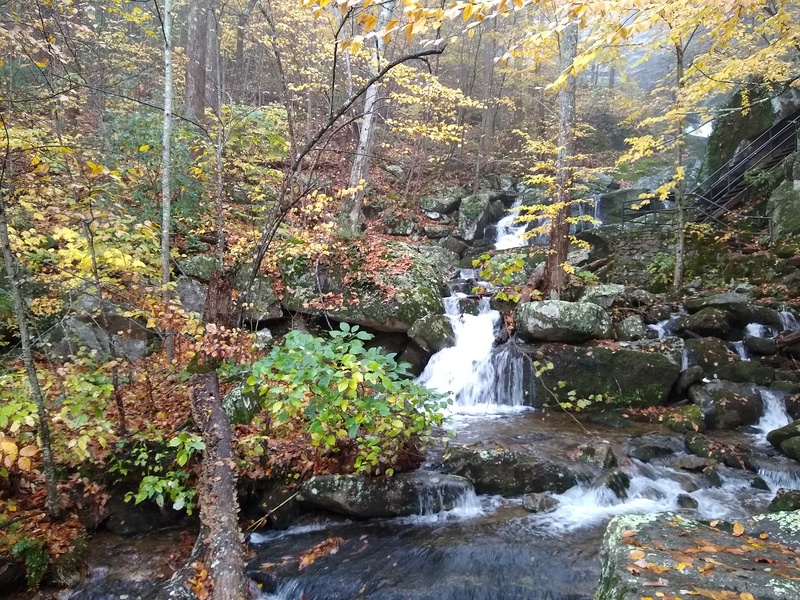 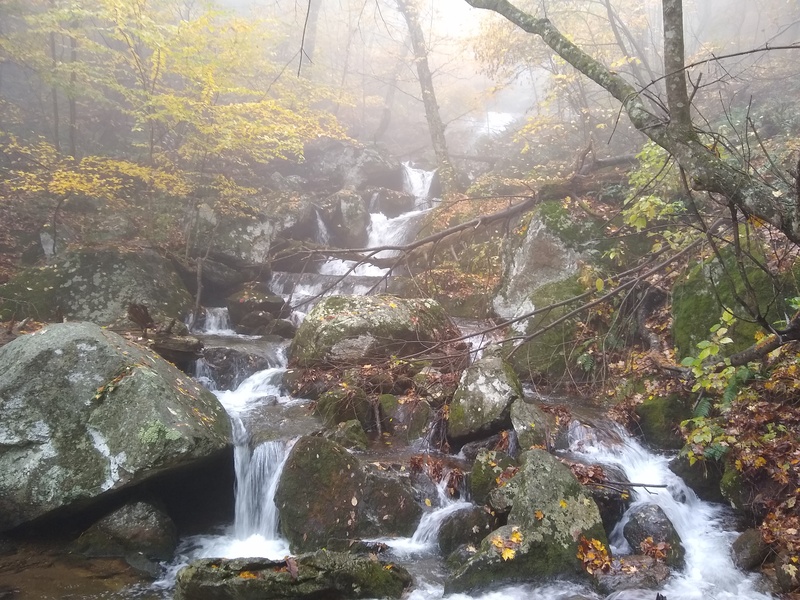 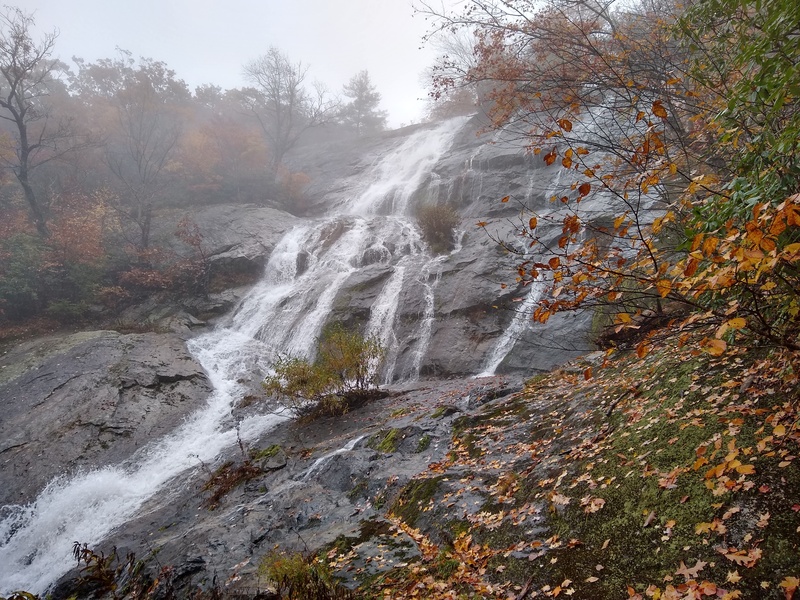 We saw some raining coming in, so we hit the Wild Wolf brewery a couple of miles down the road from the campground. Inexplicably, they had the Purdue - Iowa game on TV, so we ended up hanging around longer than planned watching the game. When we got back to the campsite the generator was still running, although he had moved it into the woods, so it wasn’t quite so loud. They weren’t even there for 3 or 4 hours, so I guess we should be thankful it didn’t spark and burn the woods down or something. We did a campfire that night, with the World Series streaming loud enough to help drown out the generator. It was still running when we went to bed at midnight.

Sunday morning we packed up and got out of dodge ASAP, but not before he fired up the generator. We hit the Blue Ridge Tunnel trail on the way home, which is a trail mostly composed of an old Civil War era train tunnel 700 feet below a mountain. It’s more of a walk than a hike, but still clocks in at 4.25 miles RT if you go all the way to the other parking lot before retracing your steps. We could see the eyes of many bats reflecting in our flashlights as we shined them in crevices in the ceiling, and the indentations where they placed the dynamite are clearly visible. 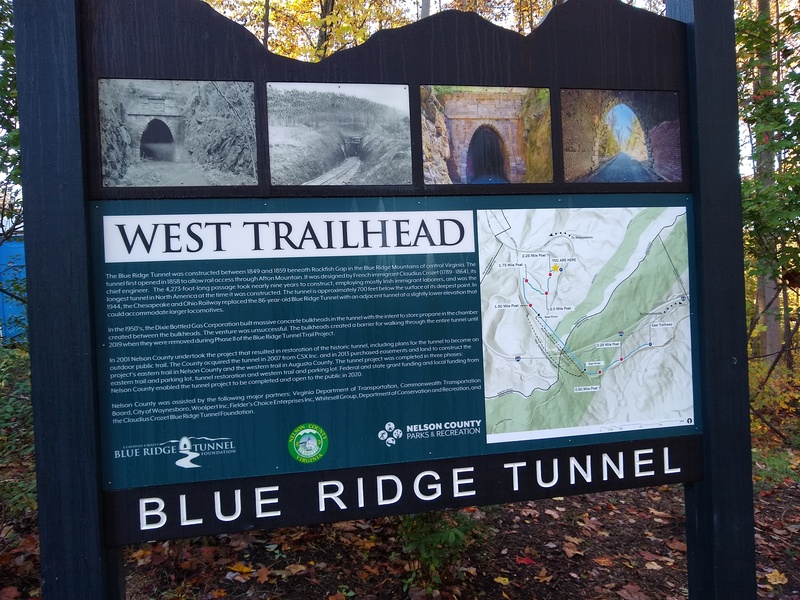 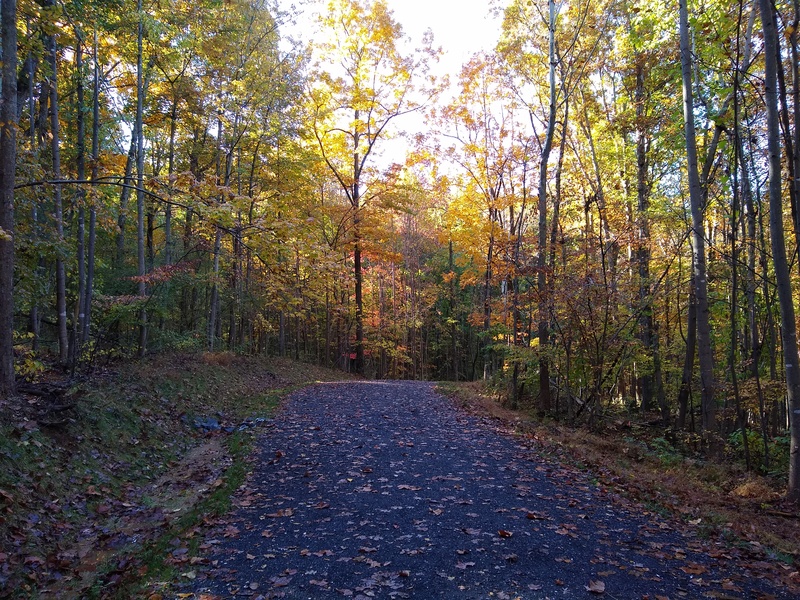 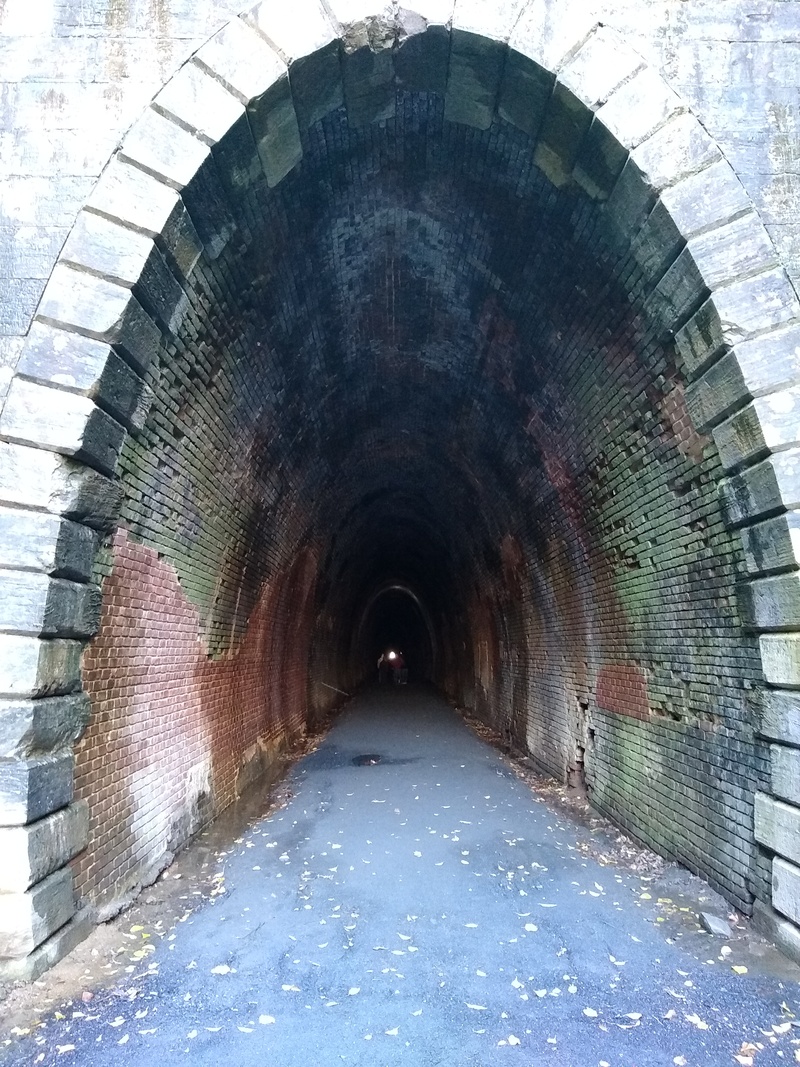 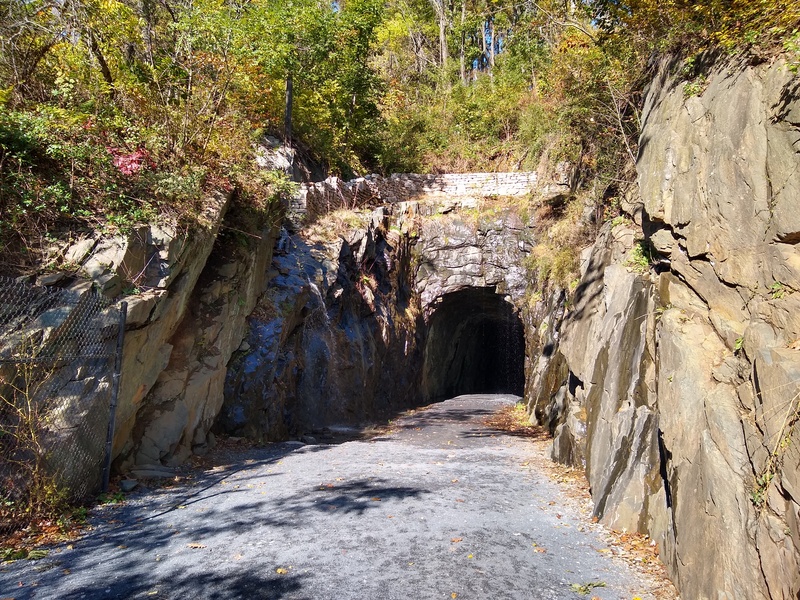 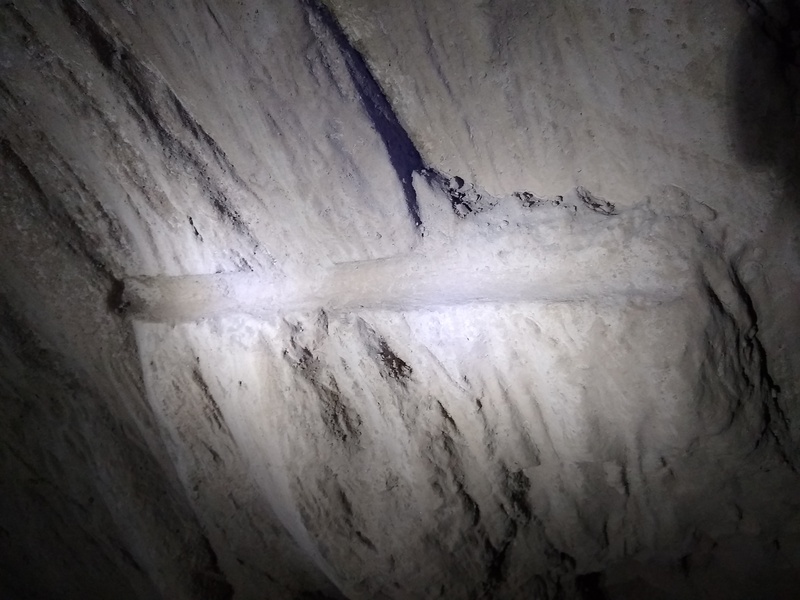 When we got got back to Richmond it was 72F and sunny so after dropping the camper at the storage facility and stopped at our favorite brewery on the way home. So 3 breweries, 2 hikes, 2 nights camping, one asshole camping neighbor. I’d call that a win for the weekend.

When I got home, I sent a sternly worded email to the camp manager, which has been completely ignored. In hindsight, I should have followed through on my joke about dumping a Gatorade in the generator gas tank.

I don’t think I’ll be camping at Devil’s Backbone again. The sites are too close together and if you draw the asshole card for a camping neighbor, it makes for a pretty miserable time at the campsite. The beer 2 miles down the road at Wild Wolf is better anyway.