I took off 4 hours from work between Jan 1 and May 8, and that was to get my 2nd COVID shot. To say I was in need of a vacation is an understatement. This was also our first camping trip of the year.

We left Friday and drove a couple of hours to the Lexington VA KOA and spent the night, just to squeeze an extra night of camping into the trip. We had kindred spirits for neighbors that night. 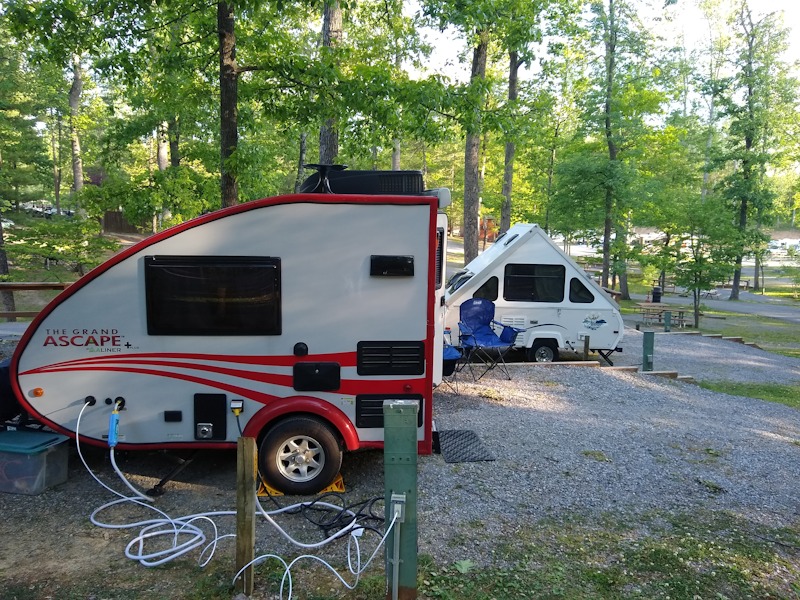 On Saturday we made our way to Townsend TN, the quiet side of the Smokies, to the KOA there. It’s a nice KOA, if a bit tight. The bathhouse was clean with plenty of hot water, and they have the best campground wifi I’ve experienced. Even sold out over the weekend we could download movies on Netflix to watch later. And the location, less than a mile from the western entrance to GSMNP can’t be beat.

I was downloading from Netflix because the thumb drive I brought that was supposed to have movies, etc. to watch at night was instead a Linux boot drive. That's the second time I've brought a Linux boot drive instead of a media drive camping. I might have too many USB drives lying around my office. 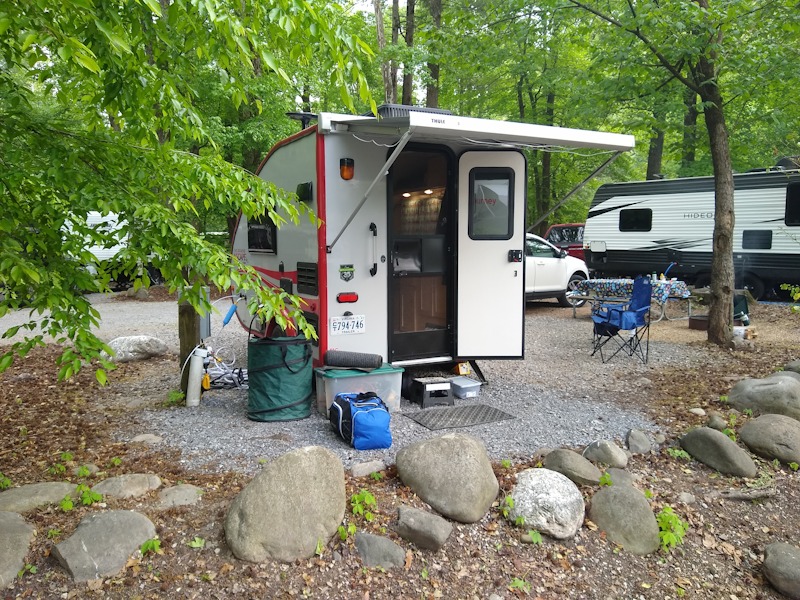 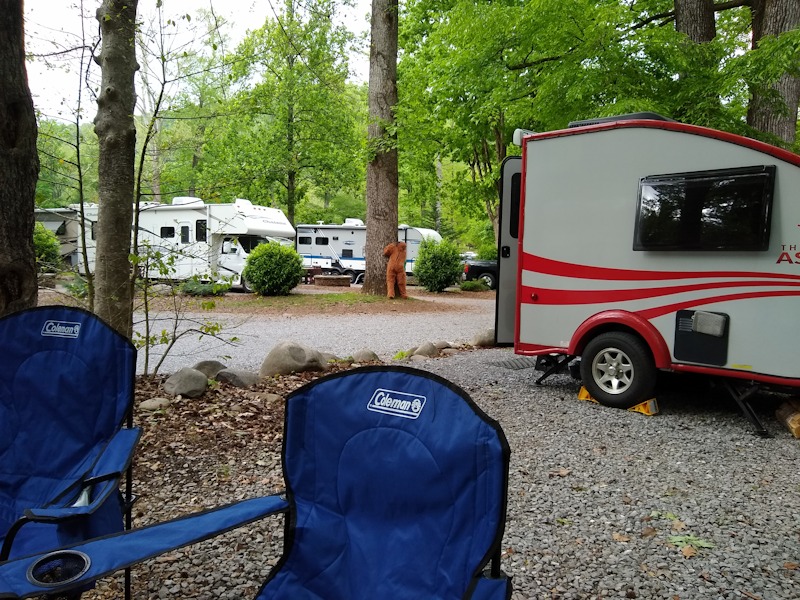 On Sunday we checked out the Cades Cove area while staying off the one-way loop road that was backed up to hell. We did a short hike in the Cades Cove campground and then later I did a longer hike on Middle Prong Trail while Michelle relaxed back at the campsite. We also did the scenic Foothills Parkway drive, taking a short hike to a lookout tower. As usual, we gave a few tours of the camper and met other kindred spirit small camper folks that were also camping near us. 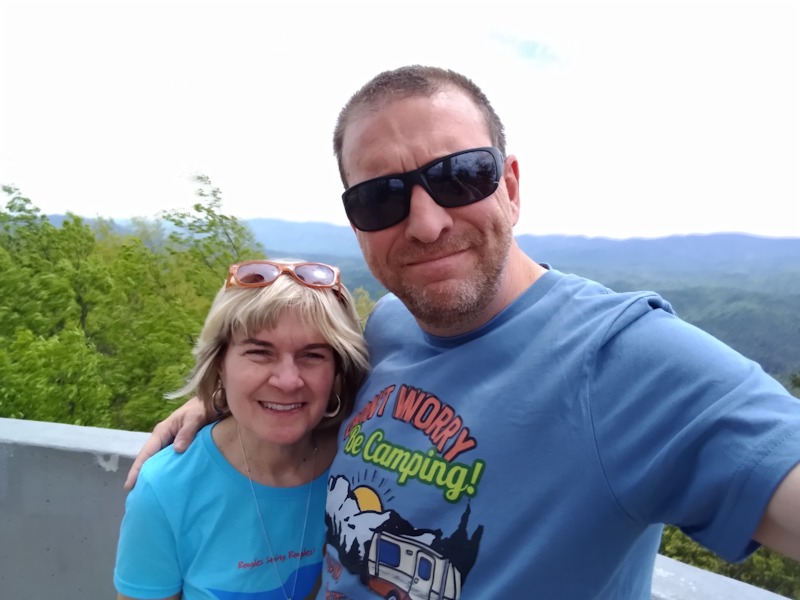 The hike followed the river all the way, with multiple rapid and waterfalls along the way 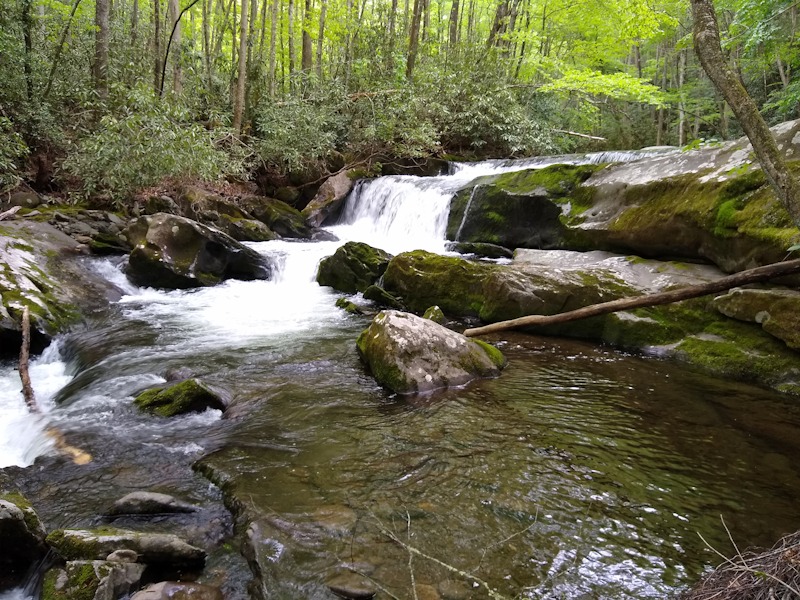 Old Cadillac in the woods. It was almost certainly a Slick Black Cadillac back in the day. 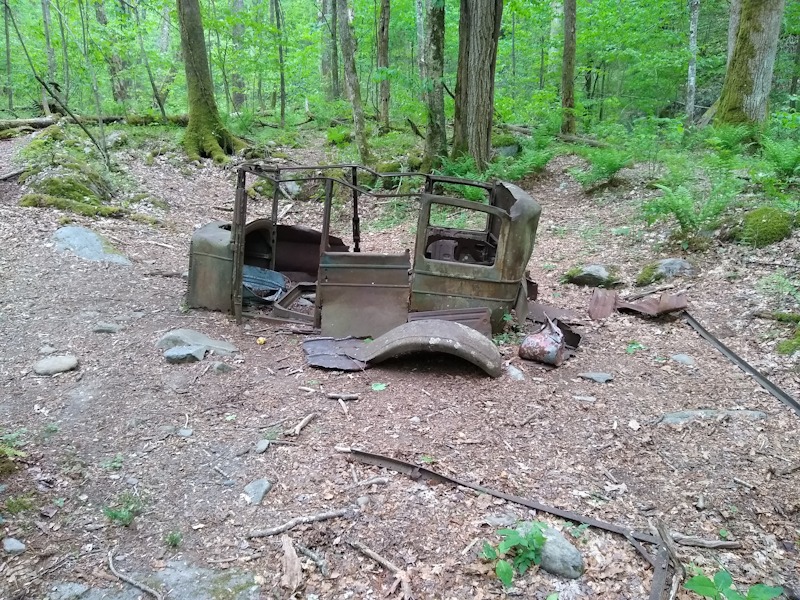 Monday was rainy and barely 50 degrees, so we drove up to Pigeon Forge to visit the Titanic Museum. It’s a great museum, and built mostly from one guy’s personal collection. It won’t surprise you to learn that the odds of surviving the Titanic disaster were directly proportional to the cost of your cabin on the boat. 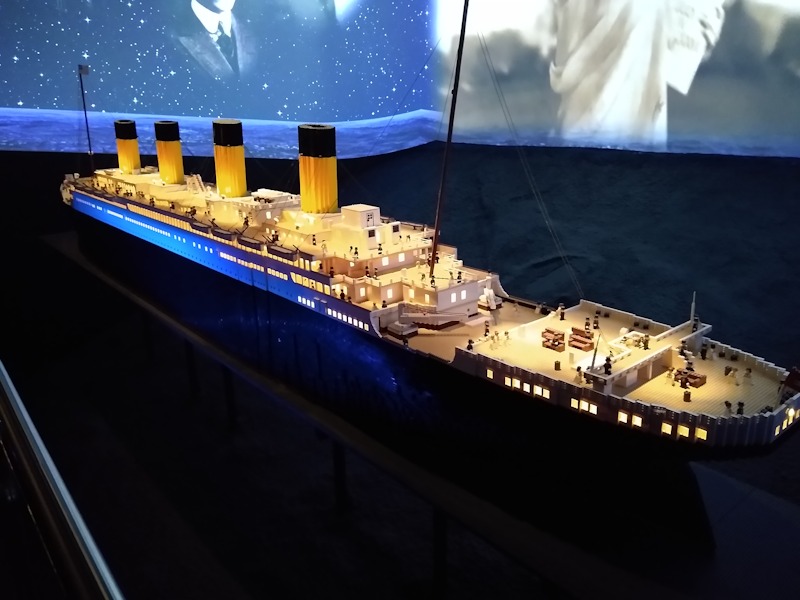 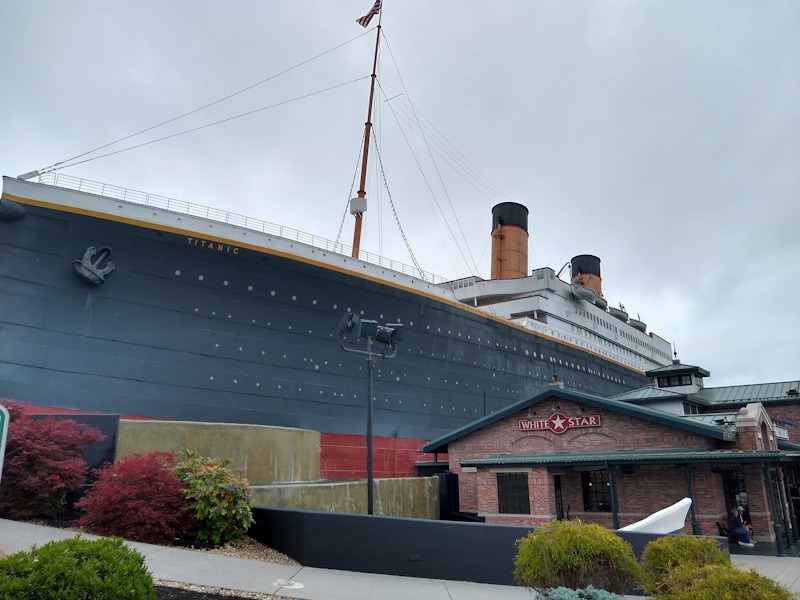 Pigeon Force is an amazing tourist trap, perfectly designed to separate money from people that think a Hatfield and McCoy dinner theater would be a cool way to spend money.

A master class in tourist traps 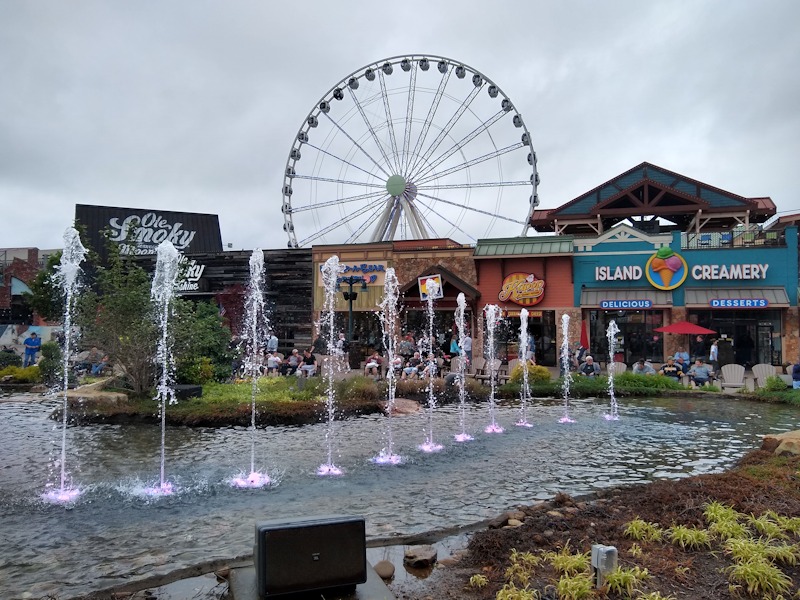 I am not one of those people, although I am deeply curious about just how bad the history is at one particular dinner show. But not curious enough to spend probably over $100 to find out. 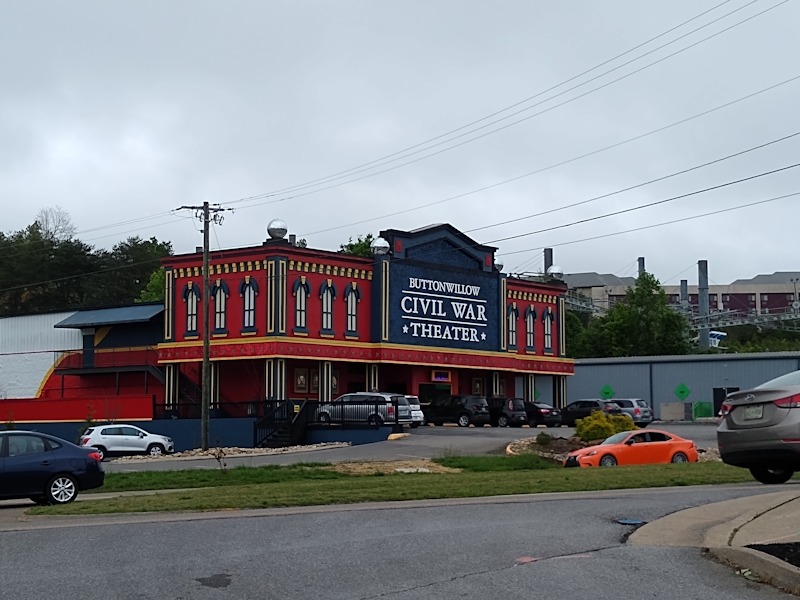 So now I’ve been to Pigeon Forge and I never have to go back.

On Monday evening we had our first meal in a restaurant in over a year. We went to a local steak and fish place aptly named the Trailhead Steak and Trout restaurant near the campground. With trout in the name I had to have the rainbow trout and it was excellent, as was Michelle's catfish. Eating in a restaurant was not nearly as weird as I thought it might be.

On Tuesday we went back to do the full Cades Cove tour, taking about 3 hours to make it around the 11-mile loop, with lots of stops to check out historic cabins and scenic views. I also learned that most people have never seen a bear outside a zoo. Twice we got stuck in big backups on the one-lane road as people just stopped in the middle of the road to gawk at bears. In one case the bear was a good 200 yards across a field, and you could barely see it without binoculars. I had binoculars so after parking off the road we watched the bear for a couple of minutes and shared the binoculars with nearby folks who were seeing their first bear ever. I see bears all the time hiking in Shenandoah NP, just didn't occur to me that it's not a common thing for most folks.

The first stop on the drive is the oldest structure in the park, a cabin built in 1830. It's a 5 minute stroll across a flat field. 95% of the visitors don't bother to stop. It was the same at every possible stop in the park. Why visit a National Park if you don't want to get out of the car and actually visit the National Park?

Late Tuesday I did another solo hike while Michelle relaxed. (It’s a theme of our camping trips). 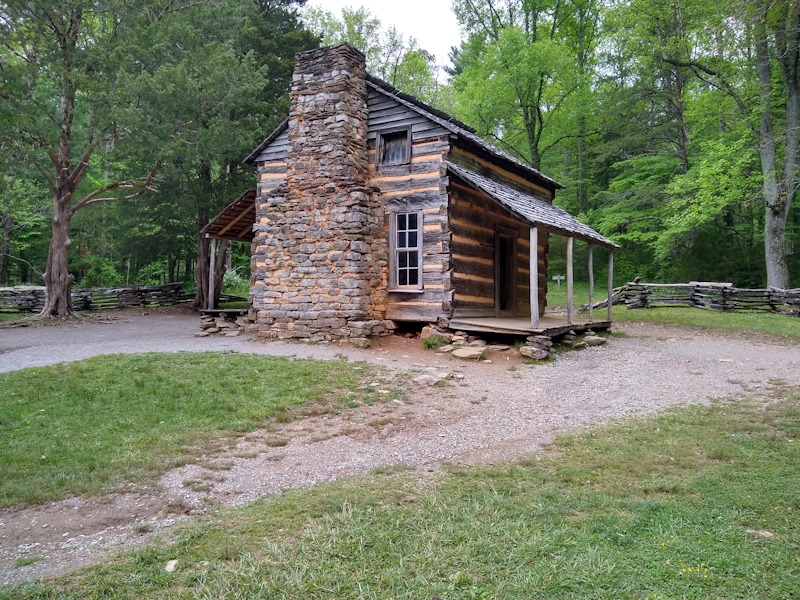 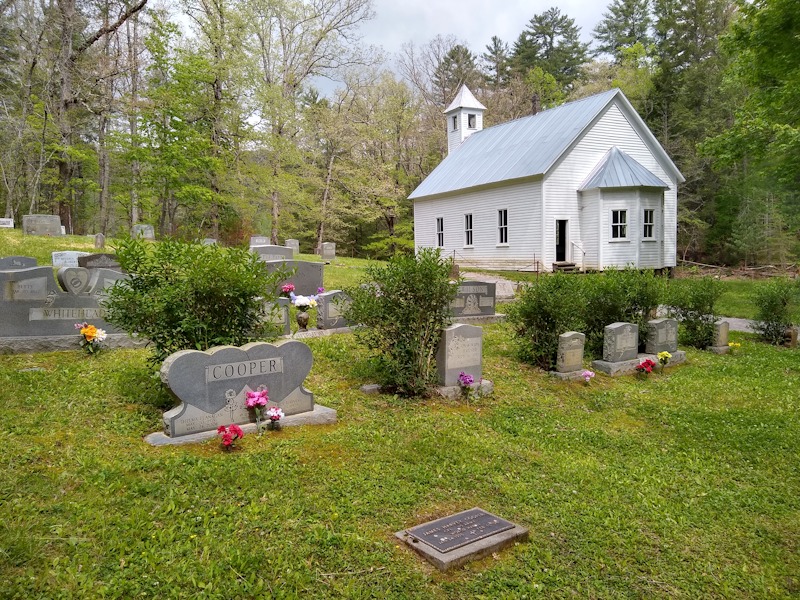 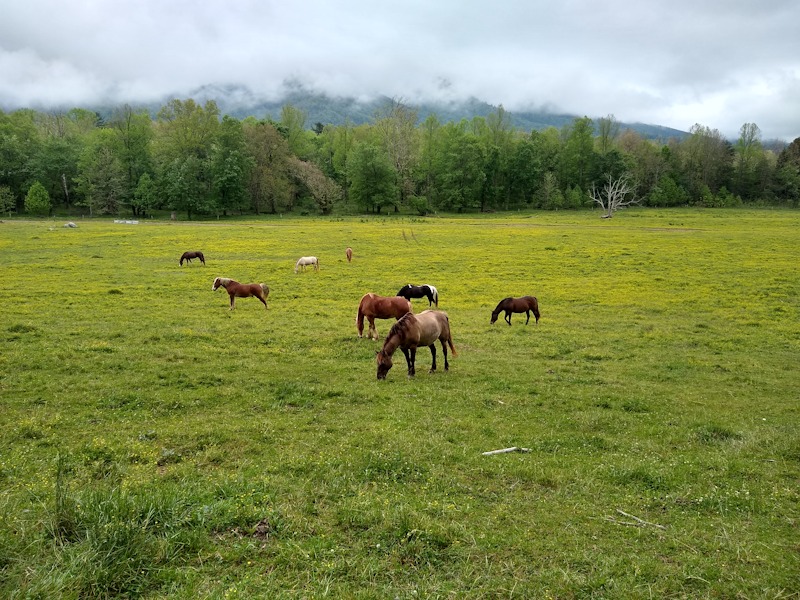 On Wednesday we moved to the Greenbriar campground near Gatlinburg. I’ll save that for the next post.