This was our 2nd trip to Cave Mountain Lake Campground. It's managed by the National Forest Service. Large, private, level sites with no hookups, but there is a modern bathhouse with showers. No cell service either. We stayed in site 24 and I will definitely try to get that site again. We barely knew we had neighbors.

On arrival Friday evening we set up camp, had dinner, and went for a walk around the campground. The lake has a small sandy beach if you are so inclined. Then we relaxed around the campfire before going to bed. Kind of a perfect camping night. 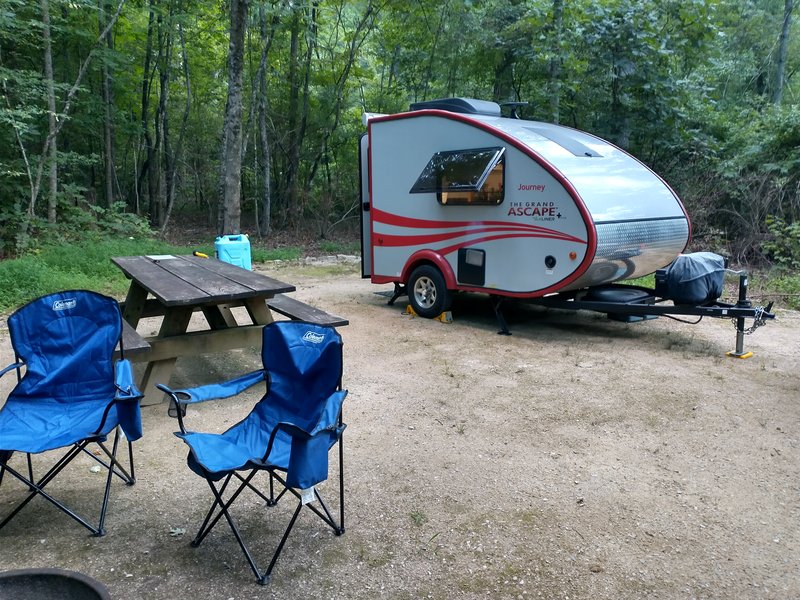 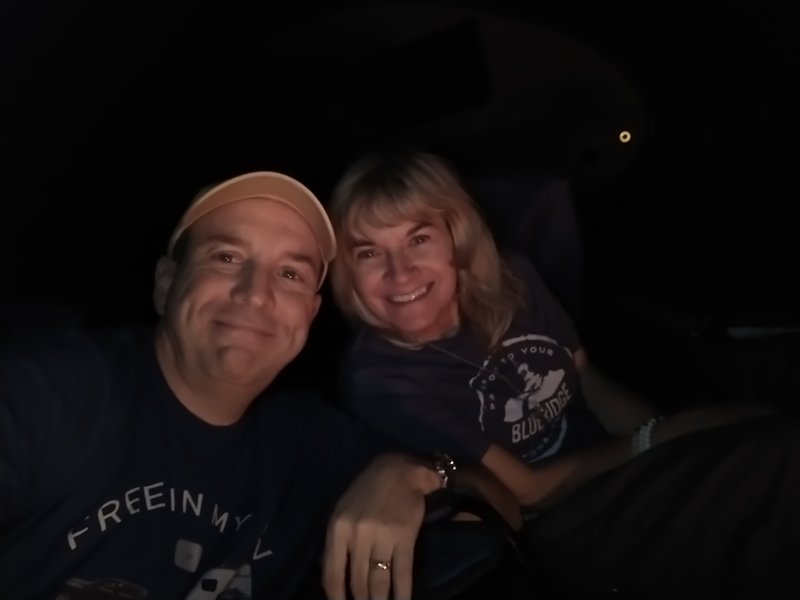 On Saturday I had a hike planned, Apple Orchard Falls. Google Maps said we could get there from the campground without going all the way to the Blue Ridge Pwky. Google lied. The trail head is a slow 4-mile downhill drive on Forest Service roads from an overlook on the Blue Ridge Pkwy. At mile 3 of that trip my brakes overheated and my brake pedal went all the way to the floor without doing a whole lot of braking. Luckily it was flattening out at that point and I was able to get us to the trail head in first gear. After the hike the brakes had cooled and were fine. I had my mechanic flush the brake fluid when we got home (it was probably past due anyway) and he reported the brakes were fine. After the hike we went over to Peaks of Otter Lodge where we set up our chairs at the lake under a tree and relaxed with books in the 70F sunny day. We eventually made our way back to the campground and after dinner and an early campfire spent some time playing board games in the camper before retiring early. The hike was short but we both did have COVID at the end of July, so maybe that is why we were so tired. 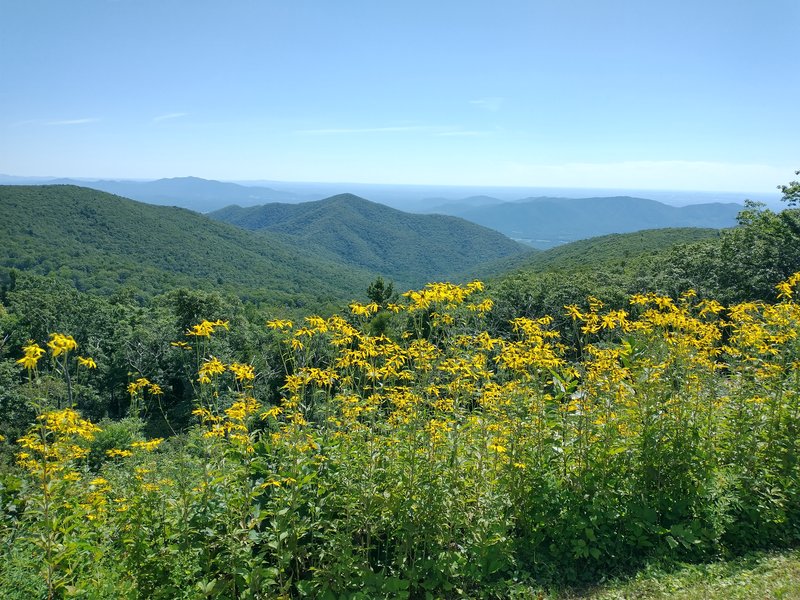 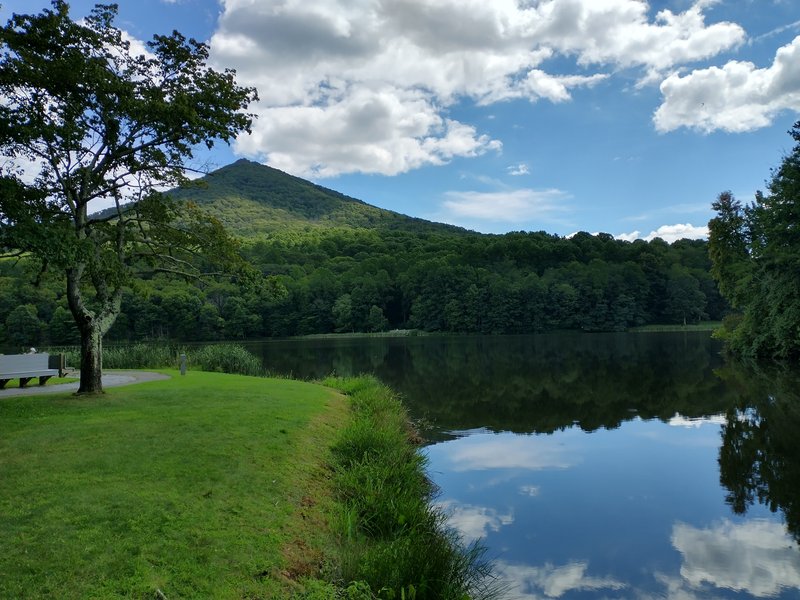 On Sunday we stopped in Staunton (pronounced Stan-ton for you non locals) and had lunch in the cute downtown area that they block off from traffic on the weekends. While eating local pizza an older guy commented on my Purdue hat and we ended up chatting for about 15 minutes. That kind of thing never happens in the big city. He retired to the area from Northern VA so I was asking a lot of questions as I was still holding out hope we might move to the mountains, but I think we've decided to just stay in Richmond. It's hard to beat 90 minutes to the beach and 90 minutes to the ocean.