After a week of obsessively refreshing Twitter for election updates I did the only logical thing last weekend. I went camping somewhere with no cell service. From arrival at about 4 PM on Friday until the next morning when we headed out to go hiking we were blissfully unaware of what was happening. 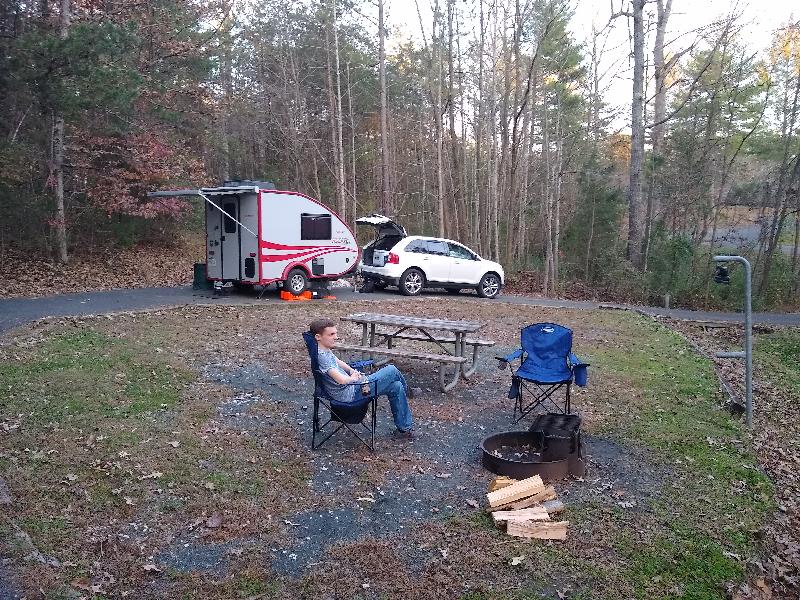 My son checked the news as we headed to Appomattox to hike the battlefield. Nothing had changed. Once we started hiking we forgot about our phones again. The battlefield hike is about 6.5 miles and pretty much flat. A nice easy hike. My son is also a professional historian and Civil War expert, so it was also educational as he added much more detail than you can get from the battlefield signage. Around 11:30 AM were we standing in the field where Lee launched his final attack. Its failure led to his surrender, and the end of the Confederacy. My phone buzzed and as I was answering a text my son checked Twitter and announced with great glee that everybody was finally calling the election. So I was at the site of the Confederacy's final end in 1865 when the 2020 incarnation of the CSA took what is hopefully a mortal blow. 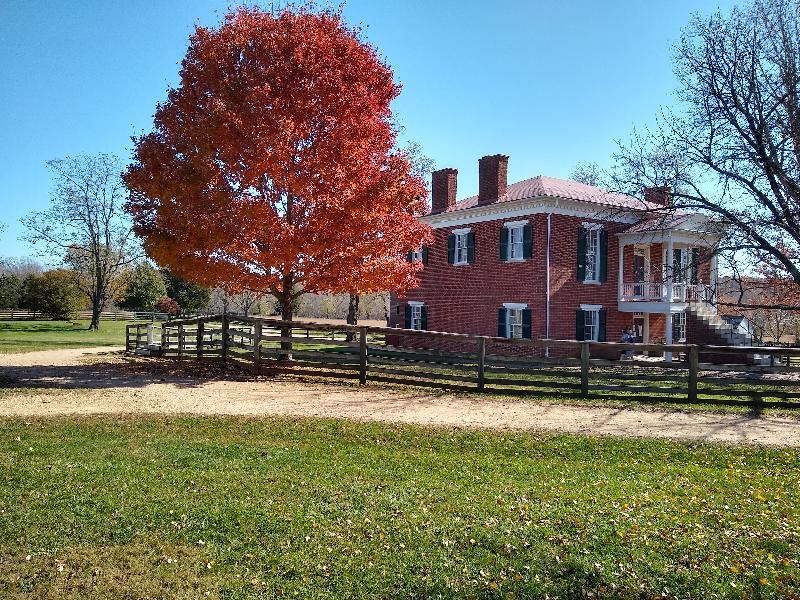 Holliday Lake is a nice state park. I think it's an older one as the campsites are not particularly level, although most are pretty good sized. The bathhouse is modern and fine though. The lake was beautiful and the fall color was on point. The park is in the middle of a state forest so it feels really remote as you drive 4 or 5 miles on state forest road (paved) to get to the park. We attempted the 6 mile lakeside loop hike on Sunday morning, but at about mile 2.5 we hit a stream crossing that would have required getting rather wet. The stream crossing isn't on the trail map and the stream wasn't on Google Maps, so I don't know? We did a U-turn and made it a 5 mile out and back instead. 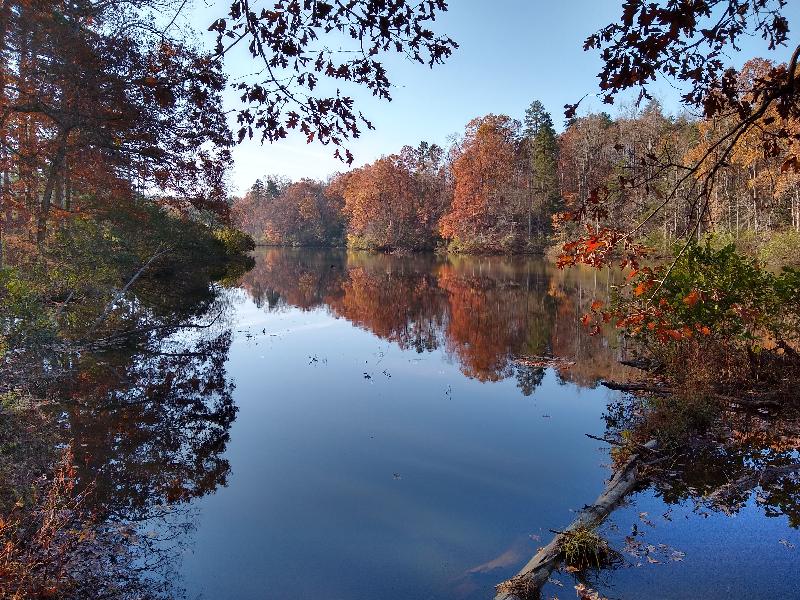 And that is probably the end of the 2020 camping season. I was dreaming of taking the camper South the week after Christmas, as I have excess PTO to use. However, the current trajectory of COVID-19 suggests interstate travel in 7 weeks will be a very bad idea, so I'm not pursuing that idea.