I am no stranger to Devil's Backbone beers and the base camp brewery in Nelson County. I was visiting there when they were just a small local brewer. However, I had never camped at their campground, until this weekend.

The campground is nice, if a bit pricey. There are three camping loops, tent city, standard dry sites, and the full hookups. The full hookups loop is just two rows of campers packed side by side, no shade, etc. We were in the standard dry sites and I think they are the best sites. They are on the tree line with plenty of shade, and closer to the bathhouse. I think the spacing is the same but it didn't feel as tight, probably cause our section was tents, camper vans, and teardrops, with no 40 foot Class A campers, because they won't fit anyway in the dry section. 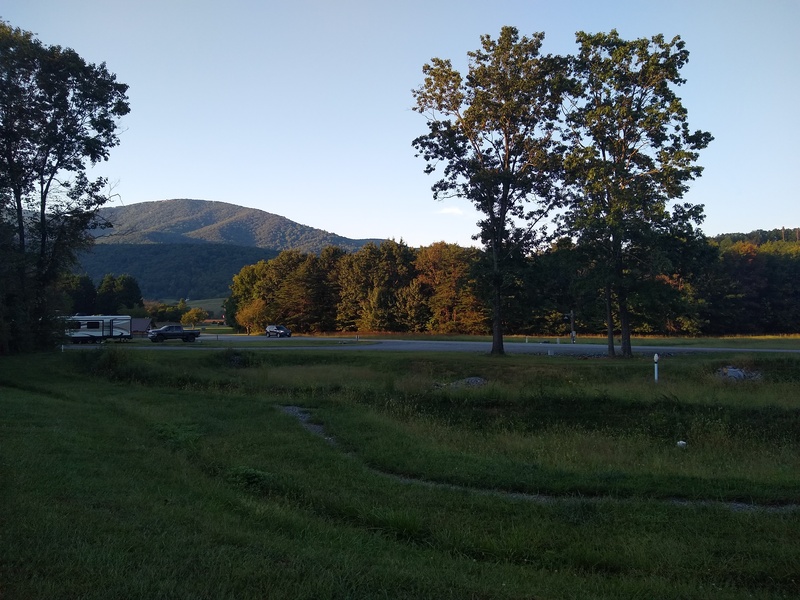 It should go without saying that there is a walking path to the brewpub. In theory that could make your camping weekend kind of expensive should you choose to eat at the pub both nights.

We spent Saturday running around the mountains. We started at the Raptor Migration count at Rockfish Gap. While we were there we only saw vultures, however they had counted over 1000 broadwing hawks the prior day and were hoping for the same on Saturday. Who knew every raptor migrating from the NE flew through Rockfish Gap in the fall?

We had a quick picnic lunch at the Dundo picnic area, and by picnic I mean we sat in the truck and ate because the gnats were out of control, completely swarming the minute you stepped out of the vehicle. After that we hiked to the summit of Blackrock Mountain, which is an easy 1 mile hike to a stunning overlook and impressive rock pile, which I learned was actually the bottom of the sea back in the day. 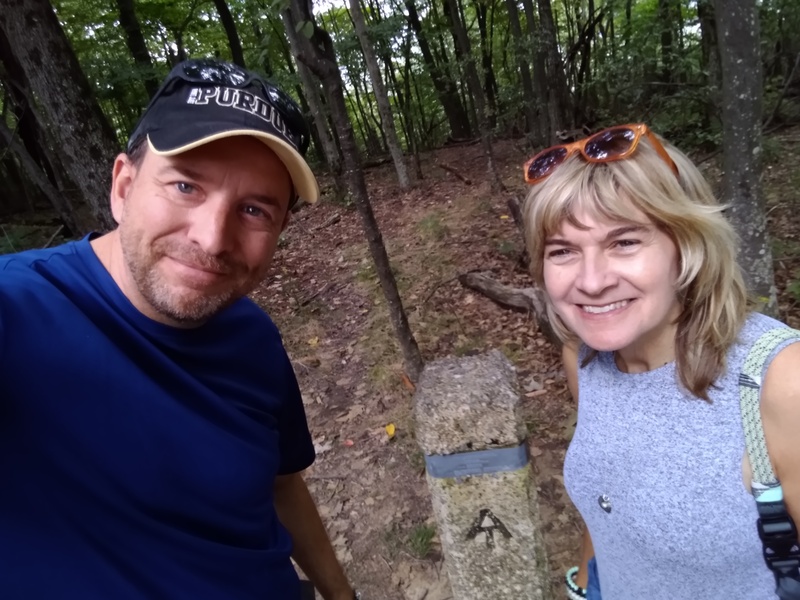 After that we started back south, pulling over at a random scenic overlook to set up our lawn chairs and chill for an hour in the pleasant mountain air. In that time we saw dozens of cars pull up, take a photo out the window, and take off.

Experiencing nature - they are all doing it wrong.

After that we headed back to camp where we may or may not have dined at the pub. The evening was spent in the traditional way - beer in hand and staring at a campfire.

DB Camp's checkout time is 1 PM, so you don't have to rush out in the morning. Almost everybody did though. When we left at noon there was one other car in the non-electric sites area.

I'll be back there for Halloween weekend.