Rare Birds: The Extraordinary Tale of the Bermuda Petrel and the Man Who Brought It Back from Extinction is a book that anybody interested in birds, or conservation in general should read. It's the story of David Wingate and his single-minded, lifelong, quest to protect the Cahow, or Bermuda Petrel.

The Cahow was abundant and counted in the millions when Europeans first stumbled into Bermuda. They are truly amazing birds. Once they fledged from their Bermudian nesting burrows (of which over 80% are man made due to loss of habitat), they spend the next 3-4 years on wing over the ocean, not landing back on ground again until they return to Bermuda, usually within yards of their birthplace, to mate. As a bird that evolved on an island with no mammal predators, they were particularly ill suited for the the Spanish invasion of their breeding grounds. They were extinct within one human generation. 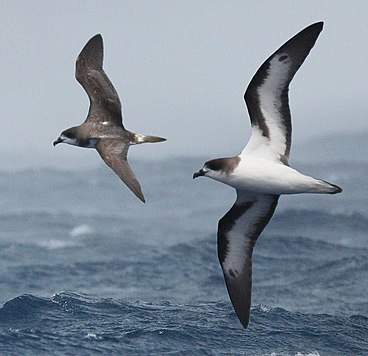 Despite no confirmed sightings for 300+ years, in 1951, 15 year old bird enthusiast David Wingate was accompanying a couple of researchers investigating the possibility that the bird was not quite extinct. They found 18 breeding pairs on small rocky islands around Bermuda. Wingate would spend the rest of his life working to protect the birds. The lengths he went to protecting and creating habitat for cahows is the story covered in the book. It's not hyperbole to suggest we'd be talking about cahows in past tense without Wingate. He literally saved the species.

Today, there are about 300 breeding pairs of cahow, making it the 2nd rarest seabird on the planet. That may not seem like much of an improvement from 1951, but they only lay one egg per season, and the success rate is not great. Unlike other birds that stick around to teach their young how to do important bird things like fly and hunt, cahow parents head back to sea when they chick is old enough to fend for itself, and the chick is on its own learning how to fly and survive.