We started our week long adventure on Labor Day. While everybody else was headed home to go back to work, we were headed west to the Virginia mountains. We entered the Blue Ridge Parkway at milepost 0 near Waynesboro VA. The plan for day 1 was a leisurely drive south to about milepost 60, where we would exit to camp at the Lynchburg/Blue Ridge KOA, just a couple of miles off the BRP.

The northern part of the BRP is well trod territory for me as I hike in that neighborhood often. We skipped Humpback Rocks as I knew it would be overrun with tourists on a 78 degree off-day. Instead, we stopped at the visitor center, which was closed due to Covid, but the restrooms were open. That’s not an insignificant fact considering that we covered 384 miles of the BRP and there were only two actual retail establishments on the parkway itself. In a way, touring the BRP is a throwback to life before fast food joints and gas stations on every corner. You have to plan a little, as you are often 30 minutes from the nearest commercial establishment, and often 30 minutes from the nearest bathroom on the parkway. In our case, we had the camper and a weeks worth of food with us, so we made lunch and enjoyed it under the shade of a tree while enjoying the postcard perfect sunny day. 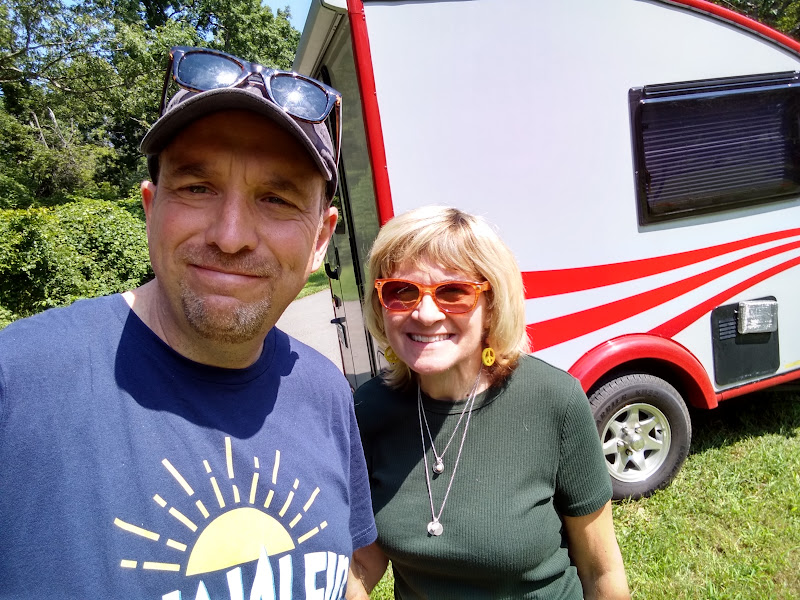 After lunch, we toured the remnants of an early 20th century farm that was once located where the visitor center now stands. Then we meandered down the road, stopping at various scenic overlooks and taking a couple of short hikes along the way. I’m always amazed at how few people will venture more than 100 yards from their car when out in nature. At one stop, (the waterfall photo below) we watched what appeared to be a mother/daughter combo spend 15 minutes trying to get the perfect selfie 30 yards from the car, oblivious to the scenic waterfall a short 5-minute walk away. I hope their Instagram followers liked the photo. I kind of liked them not sullying our time at the waterfall. Yes, we did a selfie too - in one take.

These views never get old 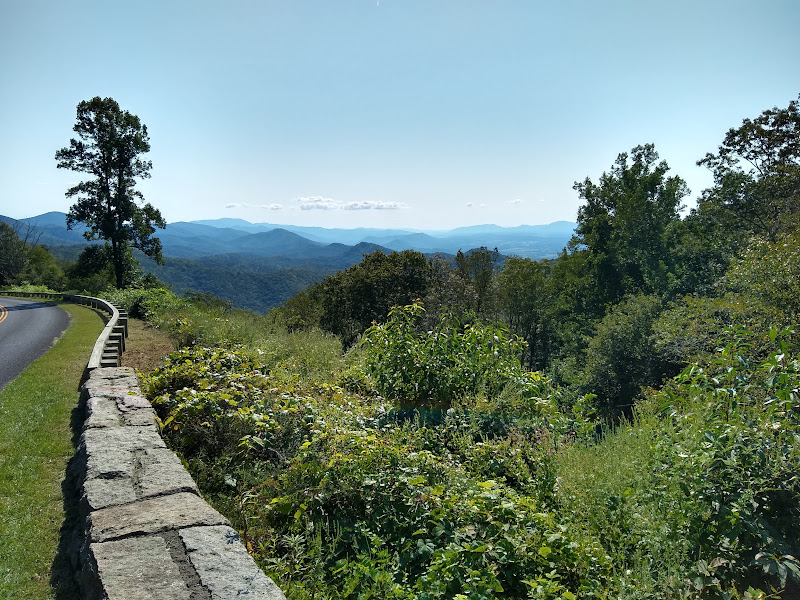 The first of many waterfalls we would see this week 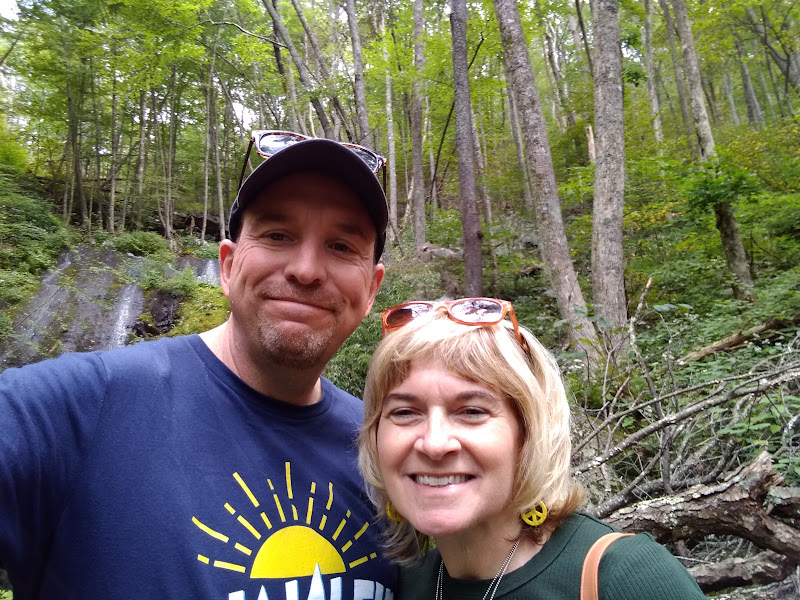 The KOA had what Michelle called the nicest campground bathrooms she had ever seen. I concur with her assessment. The bath house was 8 private suites, each with a full sized shower, sink, toilet, and plenty of room to change. The campground itself was fine - it was a KOA. You know what you are getting. Given that we were camping Mon/Tues the campground, which is small anyway with only about 40 RV sites plus a tent area, was at best 25% full. The wifi was still unusable, which is also what I expect at campgrounds. I apparently reserved an extra large site - which made my already small trailer look even smaller.

We could have put 6 of our camper in this campsite 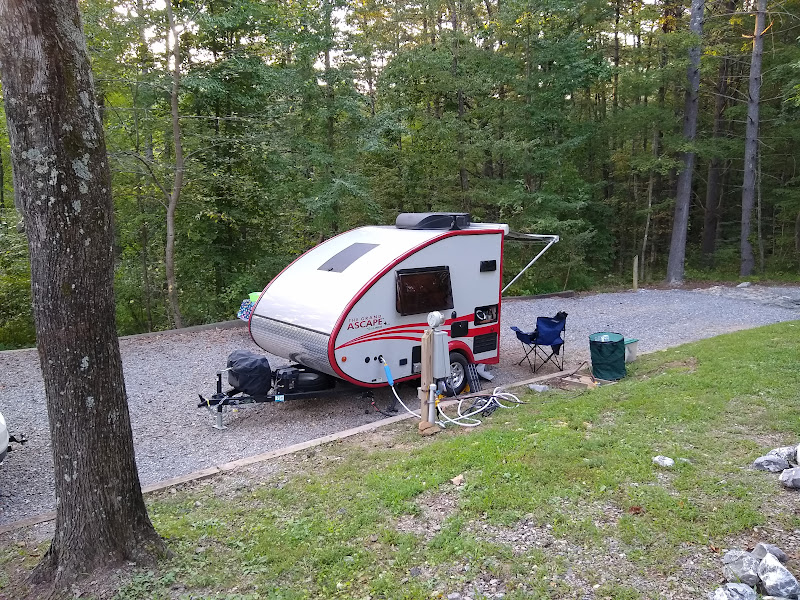 On day 2 we again meandered down the BRP. We took about 5 hours to go the 72 miles to milepost 112 near Roanoke VA, where the BRP is detoured through Roanoke due to a washed out road from heavy rains earlier in the summer. The day featured several short hikes around Otter Lake and the lake at the Peaks of Otter lodge. It also featured the first camper mishap of the week as we found water in one of the cabinets. I traced to source to a loose capped off pipe near the hot water heater. RVs bounce and rattle a lot and things shake loose. The day also featured several impromptu conversations about our camper as people would stop to ask about it anytime we were stopped somewhere. When we made it to MP 112 we got off the BRP and returned to our campsite in about an hour via normal public roads.

Otter Lake, the 1-mile trail around it is a pleasant hike 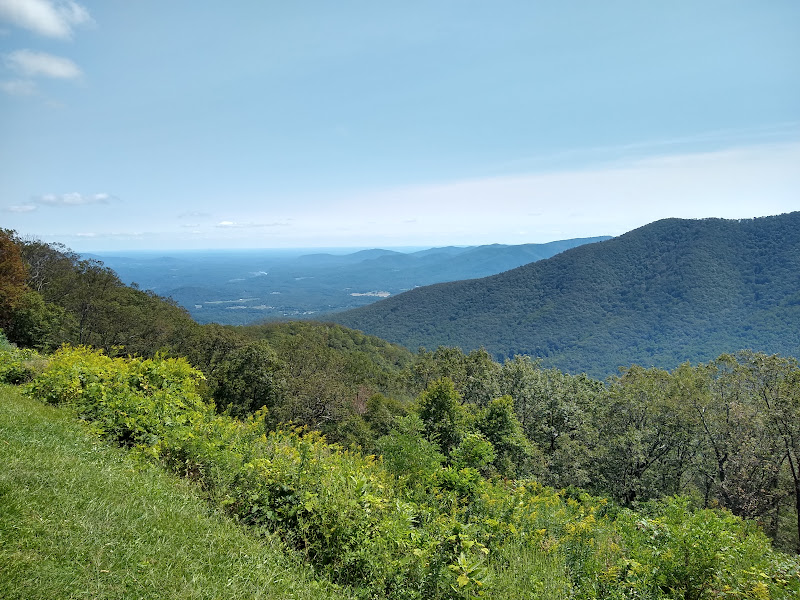 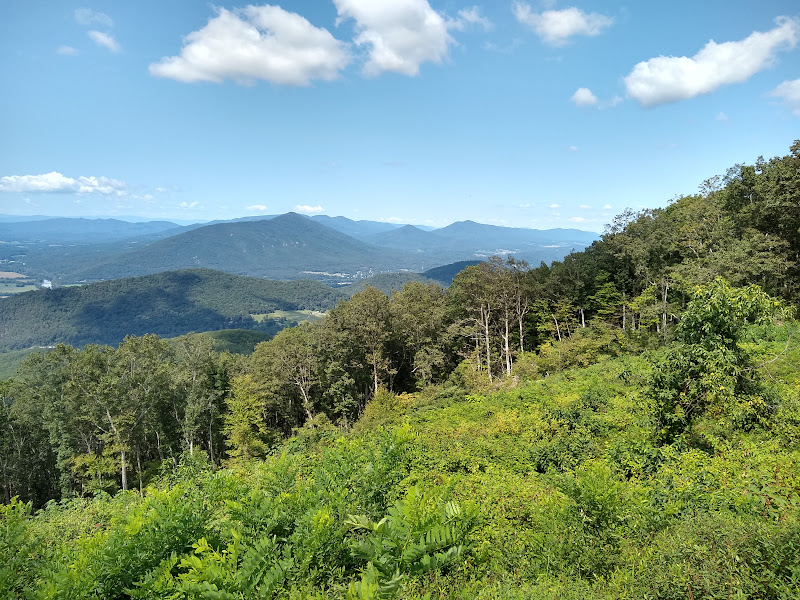 Sharp Top Mountain. Me and the kids hiked up the peak a few years ago. We also found the B-25 that crashed on a training flight during WWII. 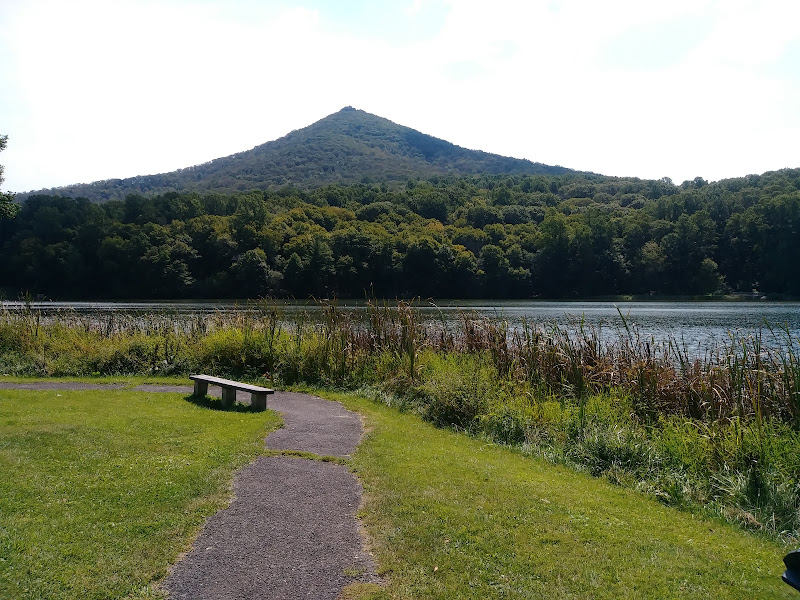 There are few things more relaxing than sitting around a campfire. 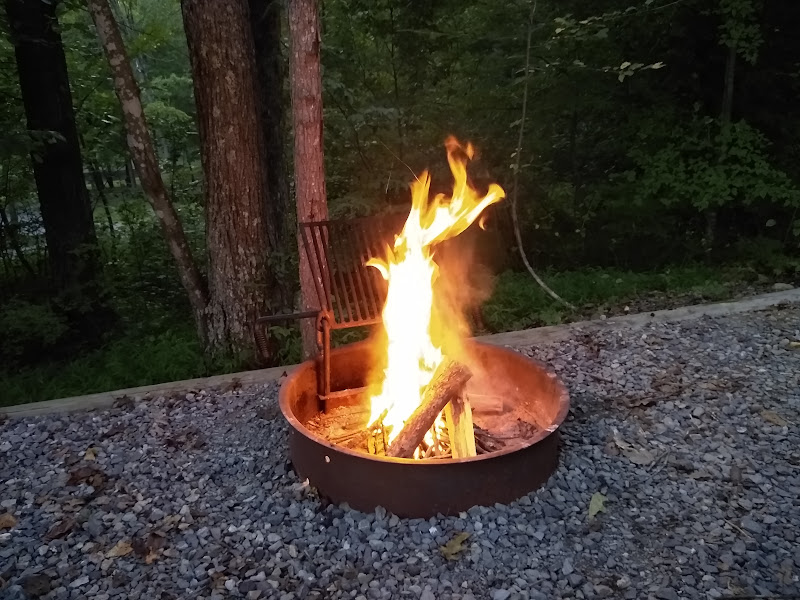