75F is the normal high in mid-July in Boone, NC. I now want to reside there from June-August. We got into town Thursday evening, staying at the KOA because we were meeting my mother, who had driven up from Atlanta and had a cabin there. I’m not a fan of paying a lot to camp 18 inches from the next camper, and nothing that happened this weekend is changing my mind about that. If anything, I dislike KOAs even more now, even though our particular issue was with the other visitors. The KOA itself is what you expect, crowded, but well-kept with clean bathrooms. We did luck into the spot on the end of the row, and nobody was on the campsite on the other side of us on Thursday and Friday night. 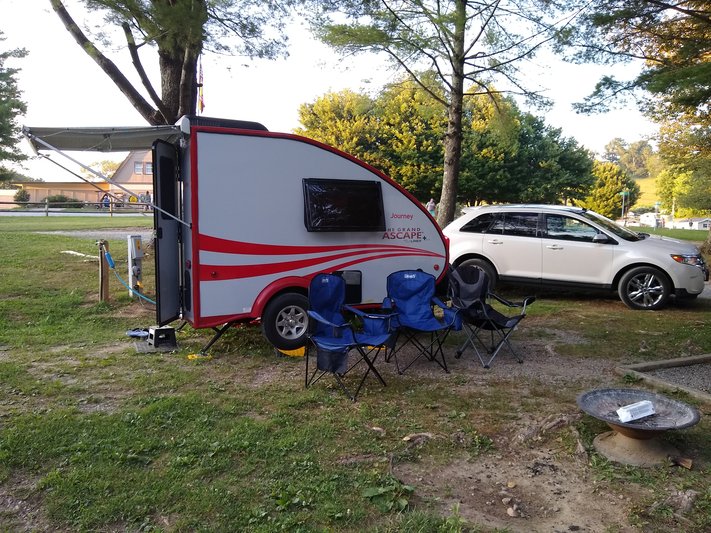 The people at this KOA were something else. On Friday, while I was out hiking, a peeping tom decided to take a look in our camper, while my wife was there. As she was yelling at the guy to GFTO another guy walking by intervened and chased the creeper away. The next day, again while I was out hiking, a large camper in a hurry tried to pass a parked vehicle and would have taken the awning off our camper if the guy in the parked car hadn’t got out and screamed at the driver to stop. On Saturday night, Michelle was cat called by some guy driving by. Oh, and she witnessed two incidents of child abuse. People there are probably lucky we weren’t a little farther north, as Michelle is a mandatory reporter in Virginia. Also, it’s a small campground with about 60 sites. Nobody is more than a 5-minute walk from the bath house, put people felt the need to fire up their Ford F250s to drive the 150 yards to the bathrooms, from 6 AM to 1 AM. Needless to say, we’ll find somewhere to stay if we visit Boone again.

On Friday, I got up early and headed out to hike the Flat Top Mountain Trail at Moses Cone Memorial Park on the Blue Ridge Parkway. It’s more of a walk than a hike as you follow a gravel road 2.5 miles up the mountain and then back down. There is a tower at the top that you can climb for a 360 degree view from the top of the mountain. It’s a gorgeous hike, wildflowers were blooming everywhere, and the mountain views were sublime. You won’t be alone, as it’s a very popular hike. 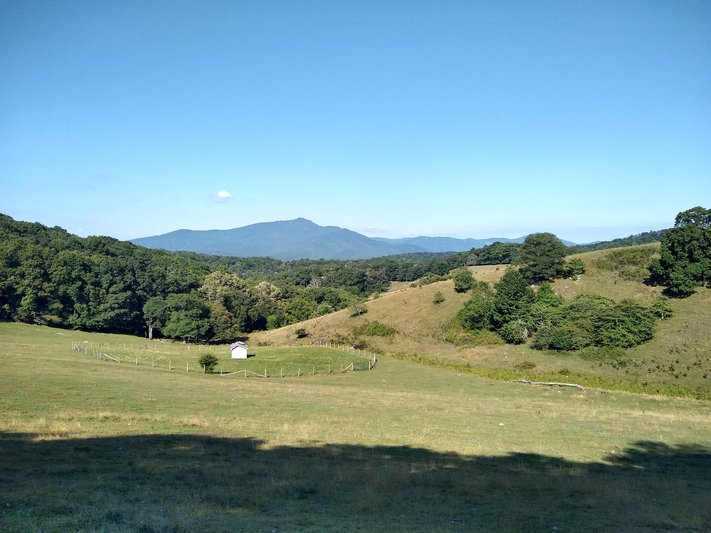 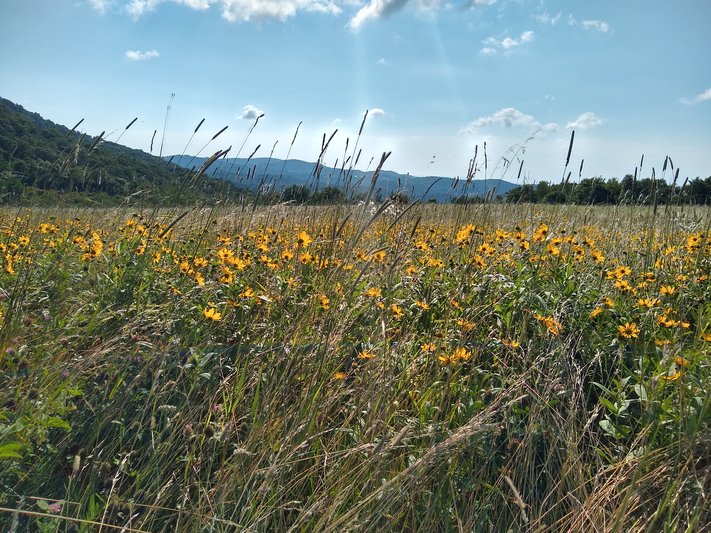 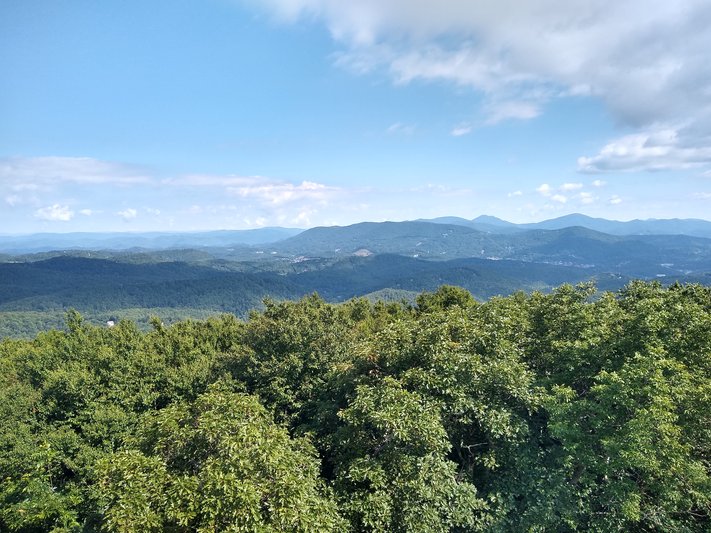 Friday afternoon we went to Blowing Rock, North Carolina’s oldest tourist trap. There was no wind, so we didn’t get to see stuff float up when tossed off the rock. It’s not worth $9 per adult, but at the same time it’s totally worth $9 per adult. You know what I mean. 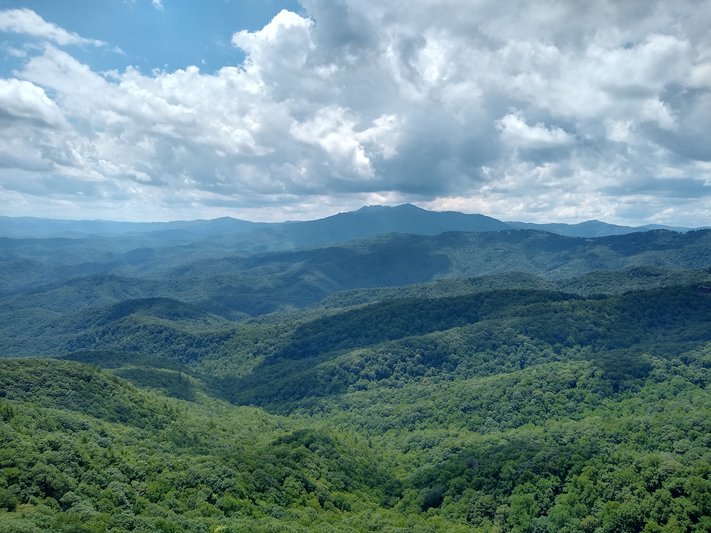 That's it. That is Blowing Rock. 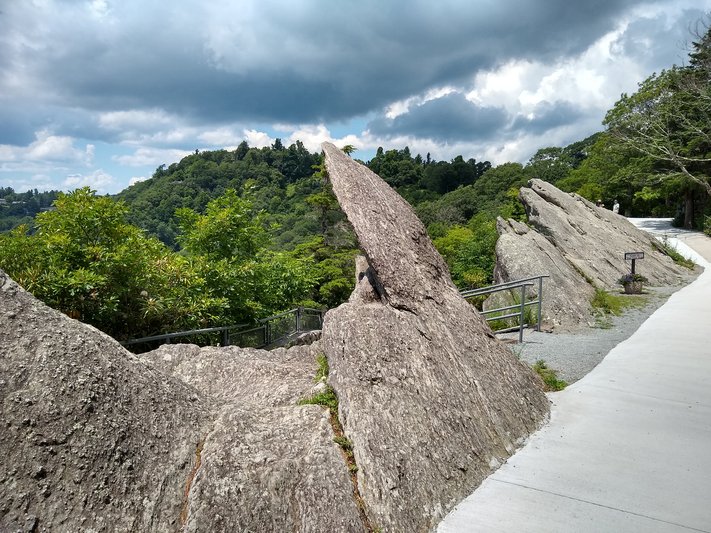 We also checked out downtown Boone, which is kind of a cool little mountain town, with Appalachian State University right there in the center of town. We walked by a pub advertising $1 PBR tallboys on Wednesdays. I do miss drinking in a college town :) We found an old general store that has been there for well over 100 years, and we totally got sucked into the ”buy old tyme candy by the pound” scam. A pound of candy is not nearly as much as you think it’ll be, especially at $11.99 a pound. They even had candy cigarettes. 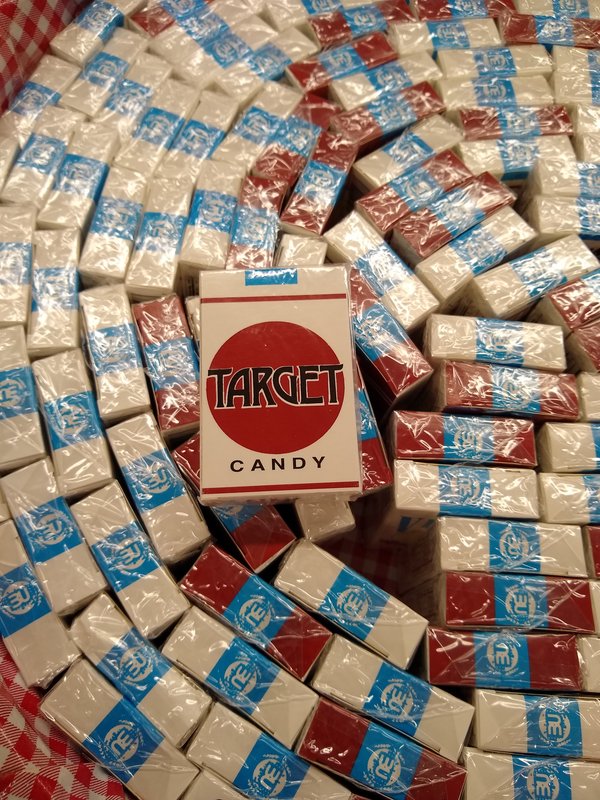 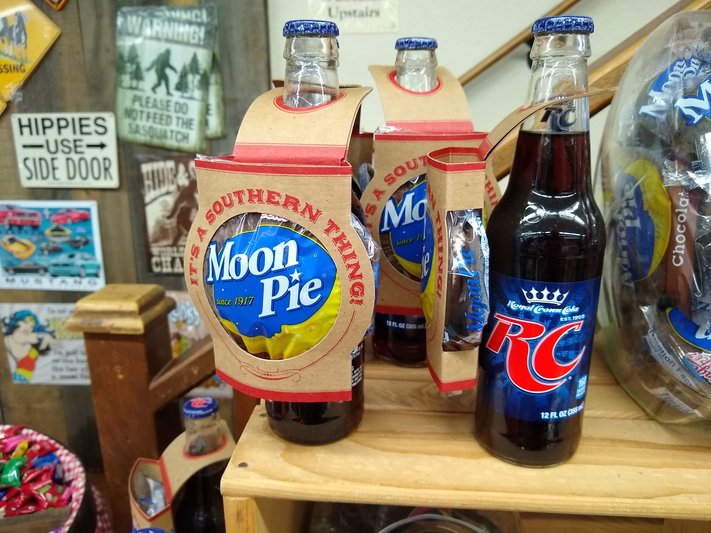 We grilled steaks for dinner Friday night (thanks Mom!) and did S’mores because we learned that my mother had never had S’mores. All the camping we did when I was a kid, and we never did S’mores? I don’t know how that could have happened.

I started Saturday with another hike, this one starting from Julian Price Park off the Blue Ridge Parkway. The Boone Fork trail follows the Boone Fork stream and river for 5 miles, with multiple small waterfalls and at least a dozen stream crossings. It is a really fun hike, and also very popular. After lunch back at the campground, we headed out to explore more of the nearby Blue Ridge Parkway. When Michelle and I came through this area 2 years ago, it was raining and everything was shut down for COVID, so we didn’t see much of the area. We fixed that on Saturday. Saturday night we treated my mom to dinner, going to the fabulous Coyote Kitchen. Michelle had forbid me from picking a brewpub for dinner, since my mom is not a microbrew person. I picked Coyote Kitchen for the menu, not realizing it’s owned by Lost Province Brewing. Sorry mom, but the food, a Caribbean / Southwest fusion, was fabulous. Saturday night was another campfire night, and Sunday was drive home day. 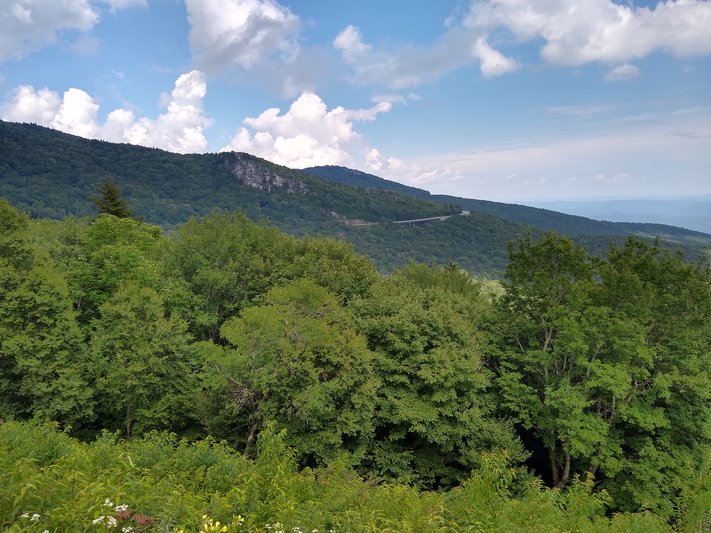 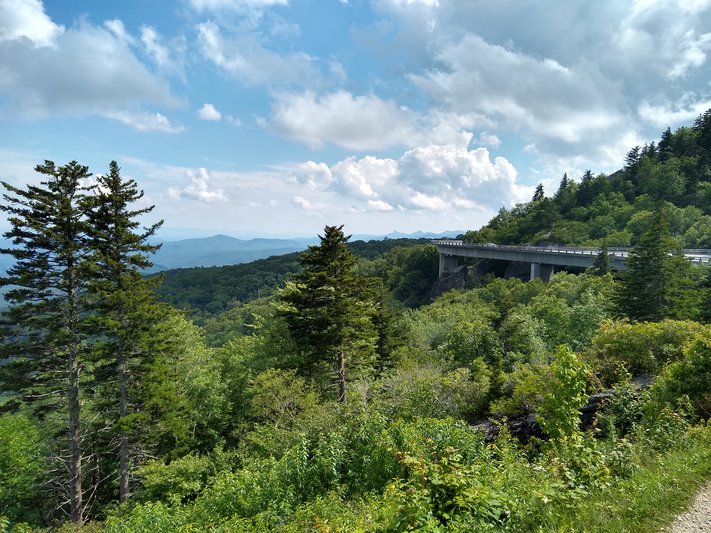 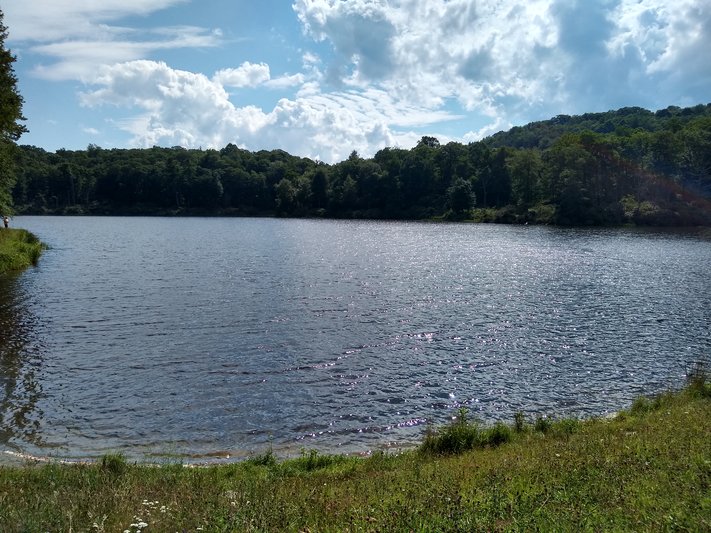