The weather forecast a week out looked fabulous, mid 80s and sunny all weekend. Then Hurricane Laura set its sights on the US and once on land made a sharp right and beelined for the Mid-Atlantic area. I was checking the forecast several times a day and ultimately decided the worst we would see is a Saturday afternoon rain out, so we went camping.

Tldr; version: Laura ran out of steam before getting to the coast and slid maybe 5 miles south of the campground. We spent Saturday afternoon on the beach. 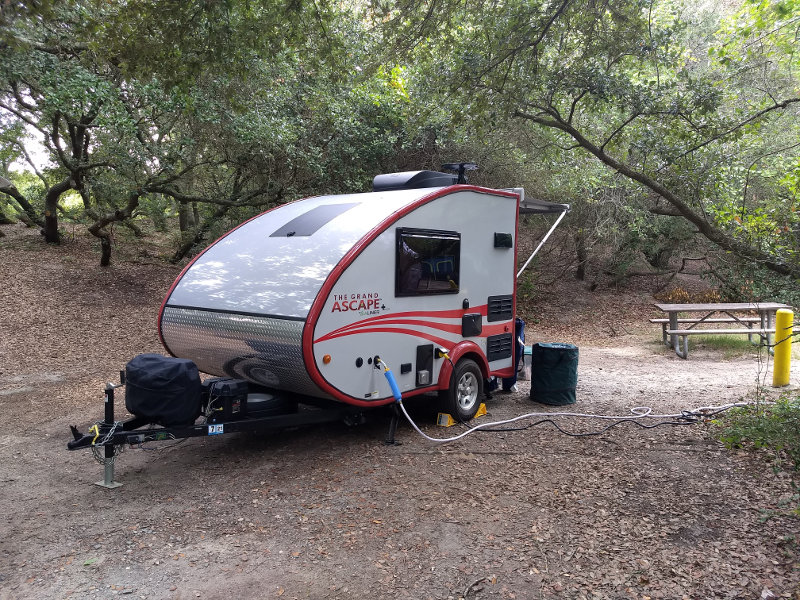 The weekend was highlighted by real live human interaction, at a socially safe distance around the campfire. We have a few friends in the area, so both nights featured 4 adults sitting around a campfire. After 5 months of no human interaction we’ve managed outdoor socializing with 3 sets of friends on the last two camping trips. I did not realize how much I was missing actual social interaction. Apparently I’m not quite the misanthrope that I thought I was.

Saturday was cloudy and breezy and very humid as the remnants of Laura approached. Since we were camping at Virginia Beach (First Landing State Park) we skipped our normal camp cooking and did take out seafood for both lunch and dinner on Saturday. If you are in the area I totally recommend both Taste of Maine and Hot Tuna. We also logged about 5 hours of beach time.

Sunday was a 10/10 beach day. Blue skies, low humidity, and low 80s. We were on the beach by 9 AM and stayed until 11:30, returning to the camper then to pack up, but not to head home immediately. Our friends live less than a mile from the campground, so we parked the trailer at their place and joined them on the beach for the afternoon. BTW, they live on a dead end street and I pulled off a beautiful 3-pt turn in their yard to turn the trailer around and park in the yard. 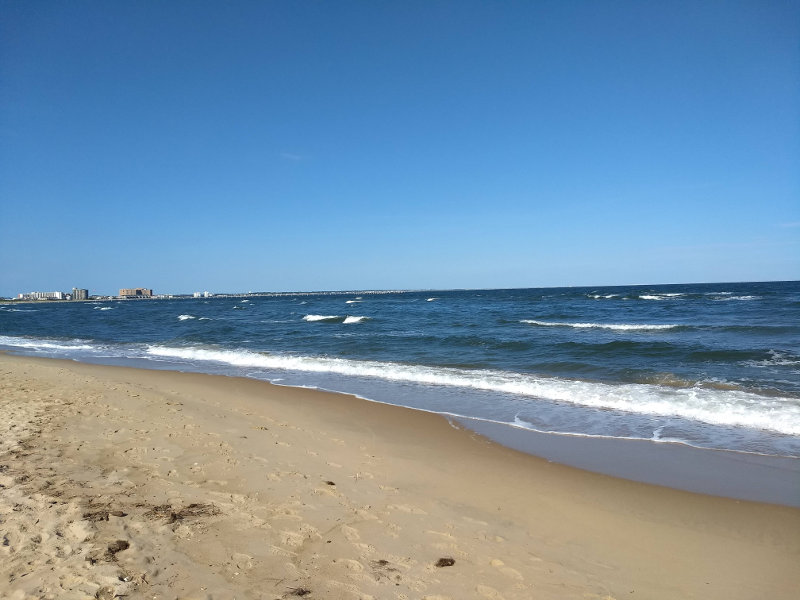 One interesting thing about this weekend is what did not happen. Normally, and by normally I mean every time I’ve been to a beach in my adult life, I start longing to live at the beach. I spent most of my teen years at the beach and beach trips have been our primary vacations throughout our marriage. In fact, this summer we had booked AirBnBs at beach towns all along the Mid-Atlantic coat, looking for a place to move to in 2021. It’s something we’ve been talking about since becoming empty nesters.

However lately I’ve been obsessing over camping photos from out west. We’ve spent our entire adult lives in GA and VA. There is so much of this county I have not seen, and most of it is west of the Mississippi. I made a very short (less than 24 hours) business trip to Albuquerque a couple of years ago and was smitten by the town. Further research has revealed that Albuquerque checks the cost of living, climate, and stuff to do boxes nicely. It’s actually rather similar to Richmond, just drier and with a little more snow (but still less than a foot a year.) So now I’m thinking when it becomes safe to fly and be in a group of strangers again (hopefully by fall 2021) we’ll jet out to ABQ and spend a week getting a feel for the town with an eye towards a 2022 move west. Then we can spend a few years exploring that side of the country before starting to think about what’s next after that. But 2022 is a long way off. If you had asked me in 2018 what I’d be doing in 2020 I would not have gotten the answer right, so who really knows about 2022 at this point.

If you have opinions about where to live out west (reasonable COL, mild winters, access to theater, pro sports (minor league is fine) etc. feel free share.

Next up is our first extended trip in the camper. We are spending 6 nights on the Blue Ridge Parkway next week.