Due to some changes in my career (all planned and all good) I found myself with an unexpected week off last week. We already had Hungry Mother State Park booked for the weekend, so I added 4 nights in Asheville and 1 night in between at the Fancy Gap KOA on the VA-NC border just off the Blue Ridge Parkway.

The week before we left, I was reading Rediscovering Travel: A Guide for the Globally Curious by Seth Kugel, otherwise known as the Budget Traveler from the New York Times. The primary thesis of the book is that we miss the best stuff from traveling when we over plan, and we also set ourselves up for disappointment when we read too many Yelp or TripAdvisor reviews prior to the trip. For example, the dinner at a local restaurant that was very good and would have thrilled you normally will be a let-down if you go into expecting the meal to be a religious experience because of the reviews. Been there, done that. As somebody who normally builds a spreadsheet for every trip, I took the book to heart and cut off the detailed planning. We decided to wing it for the most part, and as you’ll see below, it mostly worked.

The trip to Asheville was a scouting trip. We’ve been thinking about a move to the mountains next year. We had a lot of fun in Asheville, but neither of us feels any pull to live there. We got into town on a rainy Sunday afternoon and set up camp at the KOA east of the city. Because we were on a scouting trip, this was not a normal camping trip for us. We had no camp dinners planned as we were there to explore the town, so we planned to eat out every night. That first evening, we ate at The Cornerstone, and it was fabulous.

On our first morning in Asheville we got up early to get to the Beaver Lake Bird Sanctuary just a couple of miles from downtown Asheville. I had signed us up for a guided 2-hour bird spotting tour via AirBnB Experiences. I was expecting some retired bird enthusiast to be our guide. It turns out our guide is a professional bird expert. His day job is organizing and leading birding tours to the far reaches of the globe. He’s been to Cuba a couple of times, Africa, all over South America, etc. The bird sanctuary is between his home and the office, so he offers the tours on AirBnB. It was probably my favorite two hours of the week. We observed 36 species of birds in the two hours. Also, we learned so much just talking to him.

My attempt at taking a photo of a green heron through the bird spotter monocular. 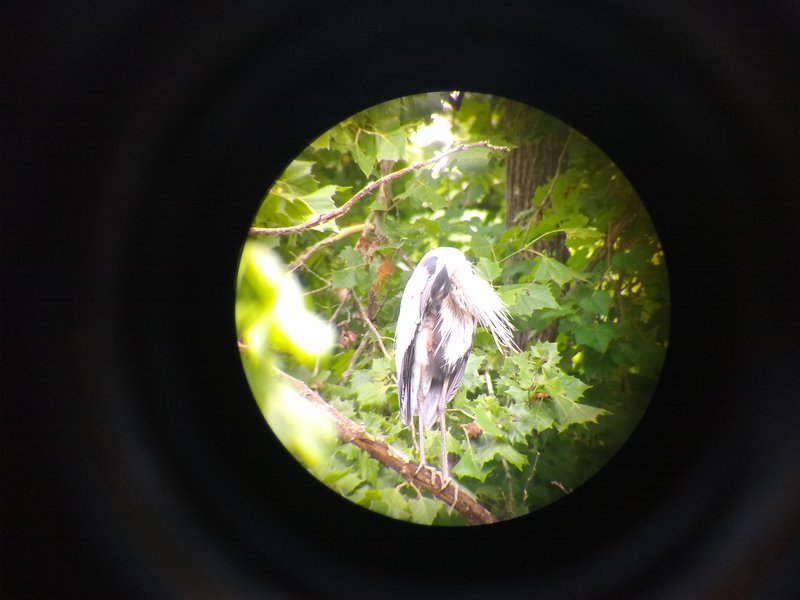 After the birding, we spent the rest of the day wandering around Asheville, in and out of shops, and maybe a brewery or two. We had dinner at the Pack Tavern, which was very good. It was there that we both agreed that we weren’t feeling any desire to move to Asheville.

Who read this map?

On Tuesday, we took our time getting out of camp, eventually making it to the NC Arboretum just before lunch. We spent the afternoon there, including a hike that went about a mile longer than planned (for me) when my map reading failure brought us to the trailhead about a mile from the car. So I got to hike back to the car while Michelle waited for me to come get her. While waiting, she met a charming young boy who upon seeing her Purdue t-shirt loudly proclaimed, “Boiler Up. Hoosiers suck.”

After two dinners out, we weren’t feeling it for restaurant food so, we stopped at a grocery store and picked up some food to grill at the camper. Tuesday evening was a more traditional hang out by the campfire with a couple of beers and relax kind of night.

464 miles of the Blue Ridge Parkway

On Wednesday, we picked up where we left off on the Blue Ridge Parkway tour from last year. I drove to Cherokee, NC, the end of the BRP, and we followed it back northeast to Asheville, thereby completing all 464 miles on the Parkway. Along the way we stopped at many overlooks, did a couple of trails, and just generally took our time as we traveled about 90 miles in 4 hours. Wednesday evening we had our only dinner reservations of the trip, at Tupelo Honey. It was another fabulous meal, this time traditional southern cooking. Wednesday night was also spent around the campfire relaxing.

On Thursday we packed up the camper and headed north to Mt. Airy, also known as Mayberry NC. I had a 3 PM tour of the town booked from a classic early 1960s Police Cruiser, similar to the cars used on the Andy Griffith Show. The tour was a lot of fun and interesting, and gave us the lay of the land to come back and explore more the next day. After the tour and a visit to the custard shop, we continued another 20 minutes up the road to the KOA and set up camp for the night.

On Thursday, we pulled the camper back to Mayberry and spent the day exploring town. That turned out to be more fun than expected. Yes, it’s a rural NC mountain town. Yes, all the stereotypes were on display. We checked out the Andy Griffith Museum, where we learned he was a much more accomplished actor at a young age than we realized. We had lunch at Barney’s Cafe, which serves a good burger and perfectly cooked fries. We found a sock outlet store selling premium socks at insanely low prices. I had another custard. And we also wandered into the Mt. Airy Regional History Museum, which turned out to a lot more interesting than I expected. Eventually, we left town for the 90-minute drive to our final stop of the week, Hungry Mother State Park.

Hungry Mother is always on the list of top state parks in VA, but we weren’t that taken by it. The campsites are decent sized, but we would have needed 100 yards between campers to not be annoyed by our neighbor, the loudest woman in the world. Her voice only had 1 volume level, a loud screech, which she mostly used to tell her kids to shut up, or to threaten to pop them in the mouth when they didn’t shut up. They did observe quiet hours, so that was a nice surprise. The beach there is fine, and wasn’t as crowded as I expected. But a small mountain lake ain’t the ocean. I like salt in my beach breezes.

On Saturday afternoon, after we’d had enough sun, I went looking in Google Maps for something to do nearby. Here is where that lack of planing comes in. I found the Museum of Middle Appalachia about 25 minutes away, in Saltville VA, a town I had never heard of once in my 19 years living in VA. The museum is fabulous, and the history of the town, going back well before its founding to the ice age, is fascinating. Seriously, if you are driving along I-81 in SW VA, take the 15-minute detour to visit the museum. It’s only two rooms, but we managed to spend over an hour there. The town itself is depressing, a completely dead downtown at 4 PM on a summer Saturday afternoon. We drove around, checking out a few sites the museum recommended, but everything was in disrepair and not maintained. I feel like given a mountain town with woolly mammoth fossils in the ground, interesting Civil War history, a fascinating history as a company town for a lot of the 1900s, and a precipitous decline since the 70s when competition and environmental concerns impacted the US chemical industry, I could find a way to turn that into an interesting small town tourist destination. 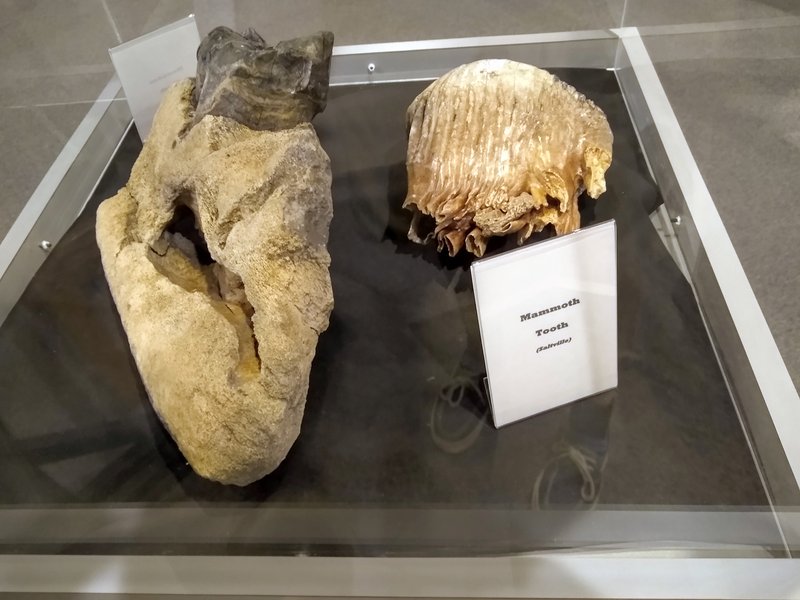 Even though we don’t feel moved to move to Asheville, the trip was a smashing success. We ate great meals, relaxed by the campfire, got in some hiking, checked “drive the entire Blue Ridge Parkway” off the bucket list, visited Maybery, and stumbled into a couple of fascinating museums.

Not bad for a last minute trip!