Last Spring we were visiting friends in Raleigh NC and they asked if we had been to Rocky Mount Mills. It's a reclaimed cotton mill on the banks of the river that now houses a variety of restaurants and breweries, event spaces, offices, and loft apartments, including a start up incubator for breweries.

They had me at start up incubator for breweries.

So plans were made and we met those same friends at Rocky Mount Mills yesterday. We pulled the camper and stayed at a KOA just outside of town. At a little over 2 hours from the north side of Richmond it's a feasible day trip, if you have a designated driver. 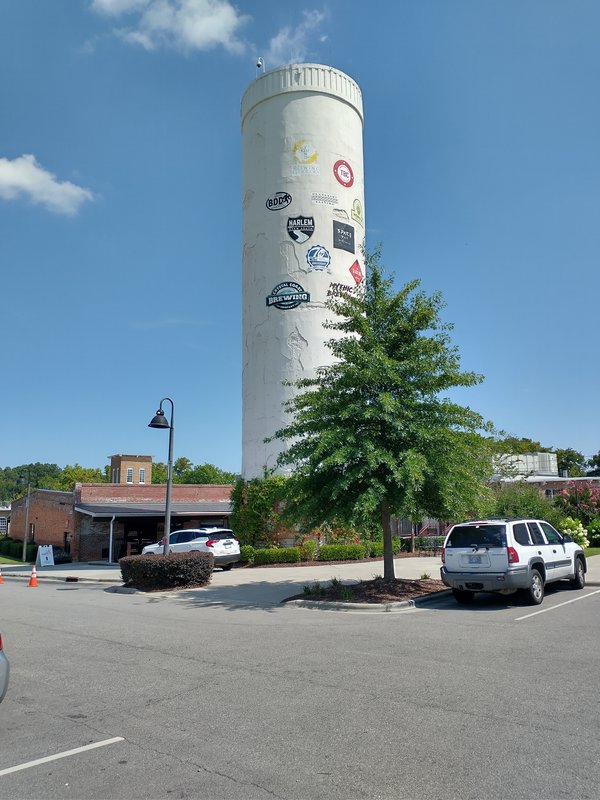 We started right around noon with lunch at TBC Taproom and Tacos. Clearly, whoever thought to combine a brewery with a taco shop is a genius. The tacos were fabulous, and the 3.7% light lager I had came with a surprising amount of character for such a light beer.

Then we moved on to Spaceway Brewery, which seems to be very much one of those start up breweries. They were having some operational issues with the kegs, but when they finally managed to pour my Honey Saison is was a very well crafted beer. Spaceway appears to be an African-American owned and run brewery, and if there is any industry that needs a shot of diversity it is brewing, so I'm rooting for them.

Third was Koi Pond Brewing, which was also having some operational issues in that they have no brewer at the moment so it was all guest taps. I had the Mocha Brown Ale from D9 Brewing. It's a brown ale, but really tasted and felt more like a mocha milk stout. It was good, just not what I was expecting when ordering a brown ale.

Rounding out the day was an Open Doors Hazy IPA from Hopfly brewing. Hopfly was the most established brewery there as they also have a location in Charlotte. The IPA was a solid representative of the style.

Rocky Mount Mills is quite nice. There are two other breweries we didn't get to. There is not a lot else happening in Rocky Mount though. It seems to be the classic southern manufacturing town that is still struggling to draw business and people with the factories all gone. The #4 attraction on Trip Advisor is the flea market. We stopped by, and it is not a particular impressive flea market. That said, the housing prices are really low and you can still buy a nice single family home for under $250K, so it's got that going for it.

That is pretty much it for the trip. We got to the KOA around 7:30 PM Friday night. It was oppressively hot and muggy but we still did the campfire and chill thing, but sat a good 20 feet from the fire. After day drinking on Saturday we stopped at Freddie's Steakburgers and Custard. I should probably call it a Steak and Shake clone, but the burgers and fries were so perfectly executed I'm going to call it a homage instead. The custard was fine, but it is no Carl's. A rather severe afternoon storm rolled through and pretty much flooded the campground. Our fire ring was holding 3 inches of water, so no campfire for us on Saturday night. It was games night instead. Sunday we got up, packed up, and were home by noon.

Campsite after the Saturday deluge 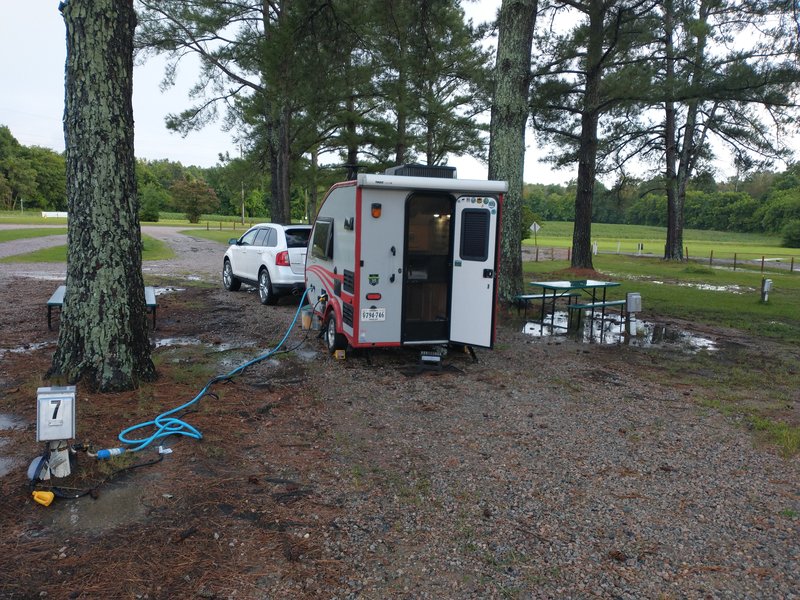 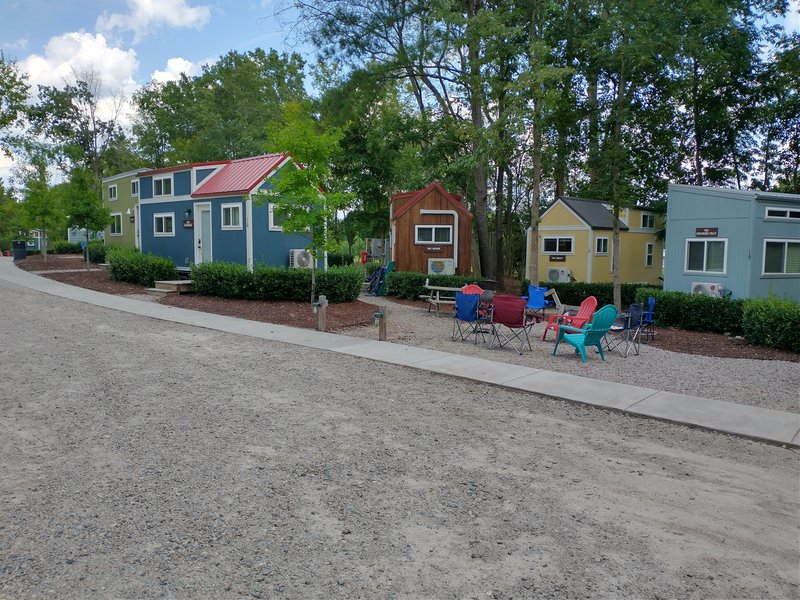 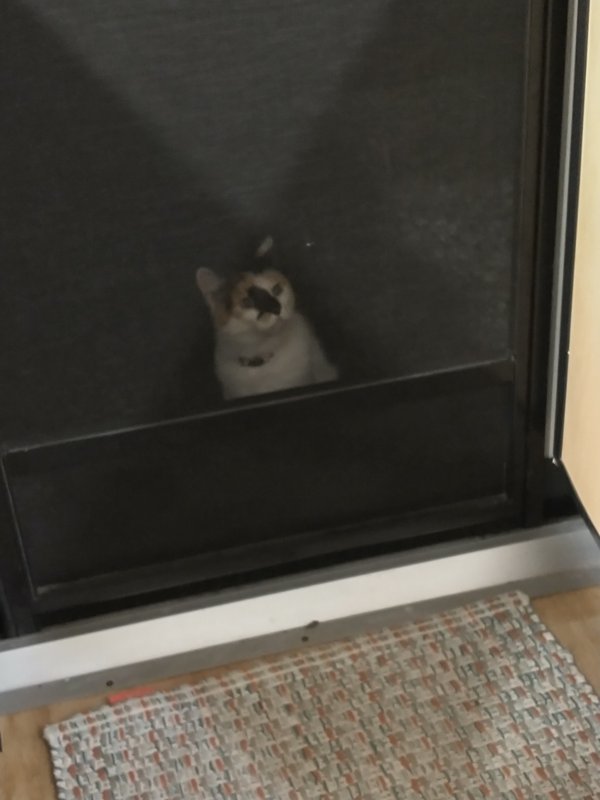