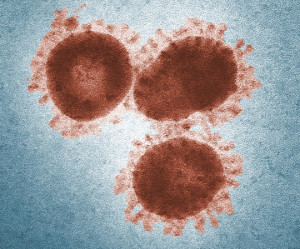 In my travels around the Internet and Facebook (not the same thing!) I've seen a disturbing number of people whose attitude is that since Cornavirus most likely won't make them very sick, it's not a big deal. A smaller subset takes it a step farther and claims the whole thing is a liberal media plot aimed at Trump. That smaller group are irredeemable assholes and we aren't going to waste any time on them.

To the larger group that thinks this doesn't matter to them, you are wrong. It may be true that you won't get particularly ill. I most likely won't get particularly ill from it. However my wife has type I diabetes and is a cancer survivor (two times immune system compromised!). Coronavirus may kill her, or maybe require hospitalization and several weeks of assisted breathing to survive it, assuming she can get into a hospital. Current projections have the US running out of hospital beds the first week of May. (Yay free market health system!) Or maybe it would be no big deal for her. This virus has existed for 90 days so data is limited, but in general anybody that is immune compromised is assumed to be at higher risk, and the relatively high death rates for older people related to both flu and COVID-19 suggest weaker immune systems correlate strongly with worse outcomes.

I'd rather not unknowingly bring the virus home to my wife, or pass it on to a random stranger that will die from it. I'd like to think you'd like to avoid that too, but the cavalier, "This is nothing to worry about" attitude suggests that actually you value not being inconvenienced more than taking some simple steps to help not spread the virus.

And no, this is not just a variation on the flu. The flu is influenza, it's not even a Coronavirus. Do you know what was a Coronavirus? SARS was a Coronavirus. SARS killed 60-70% of the people that got it. COVID-19 seems to be much more communicable, but much less deadly. China thinks each person with it is infecting 2-3 more people. Do the math. The death rate appears to be 2-3% based on known cases, but most experts believe most cases aren't identified, so the death rate is probably more like 1%. By comparison, the death rate from influenza in the US is between .01% and .02% - that is 1-2 deaths per 1000 cases.

Based on today's statistics at 7 PM EST on March 8, 2020, the death rate from Coronavirus in the US is 19/537, so 3.5%. That denominator will grow dramatically if we ever start widespread testing. By the way, South Korea is testing 10,000 people a day in drive-thru clinics. If the brain dead morons in the Trump administration really wanted to make the case that Coronavirus is no big deal, they'd test the entire country next week.

So COVID-19 spreads like the normal flu, but will kill 5-10 people for every 1 person that dies from influenza. Nope not a big deal at all.

So what should you be doing? How about you start by not telling us how it's no big deal and you aren't going to be inconvenienced by it. You can also wash your damn hands, frequently. Normal hand soap is amazingly effective at killing the virus if it's on your hands. It's a highly contagious virus that is present on 6 continents. We aren't going to stop it. That ship has sailed. Maybe we will have a vaccine in a year or two. In the meantime, we need to slow the spread so that the health system can keep up. Somebody on Twitter commented that if you wanted to DDOS the US healthcare system you'd be very hard pressed to come up with a better way than this virus. We already have fewer hospital beds available per capita than most other "first world" countries (Yay free market health system!), thus the estimate that we will have zero available beds for the next very sick person in early May.

The evidence suggests that this virus spreads mostly by direct physical contact with the virus. So in theory, if we all quarantined ourselves for 3 weeks the virus would die off from lack of ability to spread. That isn't realistic, but we all can avoid unnecessary travel and large crowds that serve as a large petri dish for the virus to spread. Thus the cancellation of SxSW and many large business conferences. (Still waiting for the two I'm scheduled to attend at the end of March to cancel.) So please stop whining about how your concert plans or vacation plans are being ruined by this. (We have plans to be in Puerto Rico in a month - plans that are very much at risk at the moment.) People are dying, more people will die, and more than necessary will die because China tried to cover it up initially, and the US completely fucked up their response because the President is more worried about the stock market than he is about human lives. Also, lots of people living on the margins will be laid off or have their hours drastically reduced as these events cancel and travel is curtailed. Their lives are being upended or totally screwed. We just need to reschedule a vacation or business travel.

Oh, and stay the hell off of cruise ships.

Inspired by this post by somebody that actually knows what she is talking about.