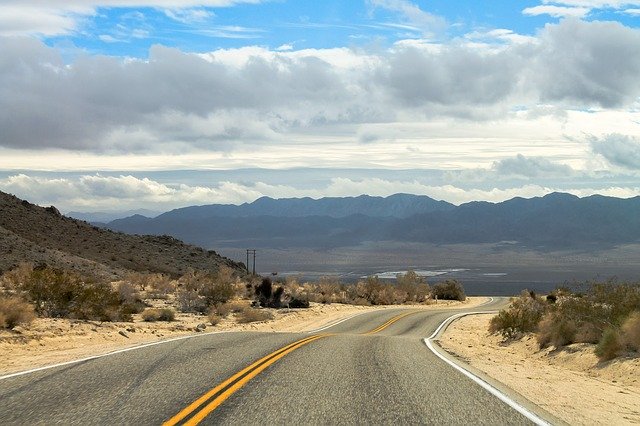 Do you remember back in the golden days of blogs when somebody would write something then a bunch of other people would write about the same thing and link back to each other and somehow all this happened without Nazis invading your comments?

I miss those days.

I’m defining “visited” like he did, spent the night or otherwise did something in the state other than drive through on an interstate on the way to somewhere else.

Alabama - I lived in GA for 9 years but I never actually visited Alabama. I drove through it numerous times, and even flew out of the B'ham airport a couple of times back when that was the closest Southwest airport to ATL, but I can’t say I’ve visited Alabama.

Alaska - Nope. Almost moved there in 10th grade, but we ended up in Utah instead.

Arkansas - My wife was born in Little Rock, and we have visited family there.

California - I have been to both SF and LA on business, staying at least a couple of days each time.

Colorado - I don’t think I’ve ever set foot in the state.

Connecticut - I’ve driven through the state more times than I can count, but I can’t remember ever doing anything that would check the “visited” box.

Delaware - I’ve been in the DC area for 20+ years but I got here when I was married with kids, so I had already aged out of Dewey Beach. I did have a business meeting literally at the Delaware Memorial Bridge earlier this year. I can’t decide if that gets me over the visited hump or not.

Florida - I lived in Panama City from 78-82, and of course did the obligatory Disney week with the kids back in the day. Once it’s safe again The Keys are on my bucket list.

Hawaii - I got married on Oahu. Also did a 2-week family vacation to Honolulu in 1984, just prior starting my senior year of high school. The drinking age was 18 and I had a fake ID.

Idaho - We would have driven through it on the way to Yellowstone and the Grand Tetons in 1983 but I can’t say I visited the state.

Illinois - There was a loophole in the drinking age laws in my college years that you could drive a car full of fraternity boys through. For some reason, we could get into the bars in Champaign at age 19. It was a 90-minute drive, and we had a fraternity chapter there offering free couches to crash on. I may have made that drive a few times. I of course have also been to Chicago a few times, and I toured Southern IL when my daughter was looking at colleges.

Indiana - 4 years of college in West Lafayette, and I met my wife in the state. I also spent part of third grade through 5th grade at Grissom AFB near Kokomo.

Iowa - I finally made it to Iowa last year for DrupalCorn in Des Moines. I spent two nights in early November. It was already snowing. People in Iowa are the Midwest stereotype of friendly and polite.

Kansas - I had a business trip to Manhattan back in the 90s. We spent one night but that is all it takes to get credit.

Kentucky - I flew into Lexington for a job interview back in the 90s. I got back to the airport early and asked about catching the earlier flight back to Atlanta. They said the earlier flight had already pulled away from the gate and my later flight (last flight of the day) was canceled. When they realized I had no luggage but my briefcase they got on the radio, stopped the flight on the runway, and drove me out there to get on it. That could never happen today. I've also visited Louisville.

Maine - I carpooled to Maine to visit a supplier while visiting my company HQ in Boston back in the 90s. I’m not going to count that. I would like to take the camper up to Maine.

Maryland - I live in VA. Of course, I’ve visited Maryland.

Massachusetts - My father was from Boston. I spent many summer vacations at Grandma’s in Woburn. I’ve been back as an adult quite frequently too. My first job out of college was for a company headquartered in Springfield, so I was there a few times too.

Michigan - My fraternity pledge class walkout was to our chapter at the University of Michigan. I remember very little of that weekend.

Minnesota - I finally made it to Minneapolis last year for a Twin Cities Drupal Camp. I had a great time. It’s a lovely city full of lovely people.

Mississippi - I lived in Biloxi as a toddler. I don’t remember it.

Missouri - I have visited St Louis and KC a couple of times each. My daughter just finished up 6 years of school in Springfield, so I was there 3 times too.

Montana - I lived in Opheim as a toddler. My only memory is my parents dropping me with a neighbor to go to the hospital to have my oldest brother.

Nebraska - Nope. Never visited. I think we probably drove through on our way from Boston to Utah in 10th grade.

Nevada - One trip to Vegas in 2001. I think I also played a high school basketball game in Wendover in 10th grade.

New Hampshire - Lived there at age 4 when my dad was stationed at Pease AFB. I have also been to Hampton Beach many times.

New Jersey - We stayed in NJ while visiting Philadelphia with the kids in 2008. I was also there for DrupalDelphia in 2019, and for BlogPhiladelphia in 2008. At BlogPhiladelphia I met somebody in the Philly tourism office who set me up with a travel press pass when I came back that fall with the family. So we got into just about everything free. We also visited a couple of things on the Jersey side of the river.

New Mexico - I flew to Albuquerque for a new client pitch a couple of years ago. I left Richmond at like 4 AM, got to Albuquerque around noon for a 2 PM meeting. I had to spend the night and I walked to a park near the airport where there was a band and food trucks. I ate a huge burrito. I flew home at 6:30 AM after spending 18 hours in the city. I think I can say I visited Albuquerque.

Seriously, I thought the city was great. I want to get back for an extended visit.

New York - I’ve been the City for work, and I’ve been for Who Wants to be a Millionaire tryouts. I didn’t make it. My mom is from Watertown, so I’ve also visited upstate many times. There was also a college fall break trip to Niagara Falls. Ask my wife about that trip. She has fond memories.

North Dakota - I don’t think I have ever set foot in the state.

Ohio - We did Cedar Point on our way to or from Boston when we lived in Indiana. I’ve also been to Columbus for work.

Oklahoma - I have never been in the state.

Pennsylvania - I mentioned Philly above, in the NJ section. That’ll probably piss of anybody from Jersey reading this. I also spent a wonderful long weekend in Pittsburgh about 6 years ago. I was one out from seeing the Pirates clinch a playoff spot. Instead they choked away a 3 run lead with two outs in the 9th and eventually lost in 11. A friend has a cabin in the Poconos, so I’ve been there for a couple of weekends too.

Rhode Island - Back in the 90s I went to a company annual sales kickoff in Newport. In January. It counts though. I was also back in Newport for a client pitch a couple of years ago.

South Carolina - I have vacationed in Charleston and Hilton Head. I’ve been to Columbia for client pitches twice. I like Charleston.

Tennessee - I’ve been to Nashville for a work conference. I stayed out late drinking on Music Row, so I’ve been to Tennessee.

Texas - I was in San Antonio in the 90s for a conference - stayed right on the Riverwalk. I went to the Alamo. If you’ve been to the Alamo you can claim Texas as a visited state.

Seriously though, San Antonio was a great town. I should get back there.

Utah - Lived in Dugway for 10th grade. Now that I have a camper a cross-country drive to visit the National Parks in Utah is definitely going to happen.

Vermont - Nope. Don’t think I’ve made it there.

Washington - I’ve been to Seattle a couple of times, most recently last year.

West Virginia - I drive through it all the time. I’ve spent the weekend in an AirBnB, hiking with friends, and I’ve been camping in the state.

Wisconsin - I’ve flown into Milwaukee but I can’t check the visited box.

Wyoming - In 10th grade we camped at Yellowstone and the Grand Tetons.

I'm going to throw in a couple of US Territories, because why not?

Kwajalein, Marshall Islands - Lived there for my junior and senior year, graduating from Kwajalein High School.

Puerto Rico - Our third trip in the last 5 years was canceled in April due to Covid-19. If I could convince myself that my wife could get adequate healthcare there we'd move. Seriously. We love Puerto Rico.

Now when this states visited meme makes it's quarterly appearance on my FB wall I can just link to this, and nobody will see it because people on FB don't click away.

Image by Egor Shitikov from Pixabay