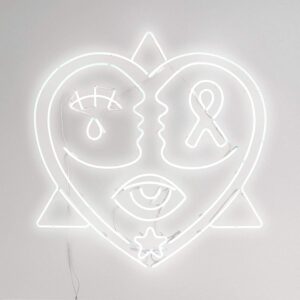 It’s Butch Walker record release day. It should probably be a national holiday. Just another thing we got wrong in this country I guess. The songs on American Love Story were written in response to Trump’s election, Charlottesville, and the general wave of hate and asshole-ish behavior unleashed on the county as Trump let the wanna be Klan members believe it was ok to come back out of the closet. The album has been complete for 2+ years. Butch didn’t release it sooner because he didn’t think he could tour and promote a concept album in the short attention span world we live in. But now, with everybody stuck at home...why not?

I’m very glad Butch decided to release this record, and I’m looking forward to whatever he cooks up in the way of performing it live. It’s a concept album, or a rock opera if you prefer that term. It’s the story of Bo, a stereotypical racist redneck that will be familiar to anybody that grew up in the south in the 70s and 80s. Through the story told in the songs Bo’s life is saved by the gay kid he bullied in school, then he meets a hippie chick that changes his perspective on things and ultimately Bo becomes a caring and loving father to a gay kid. It’s a story of redemption as Bo comes full circle from racist redneck to compassionate human.

Paragraph three of a record review and I’m just getting to the songs. Consider this my audition piece for Pitchfork. Given that the story starts in the late 70s / early 80s Butch has gone straight for that AM Gold sound from those times, and he nailed it. Spoken word components and background radio are mixed throughout the songs to help tell the story. Personally, I’ve always considered Butch a master of the bitter break up song, with The Best Thing You Never Had in my top 5 breakup songs ever list. These songs are different. They don’t stand alone. The “whole” here is greater than the sum of the parts. This record challenges the listener to put on the headphones, grab a bourbon on the rocks, and sit in a dark room and really listen to the songs.

And that is exactly what I suggest that you do.

Or you can put the 43-minute video version of the album on and enjoy the story with moving pictures.