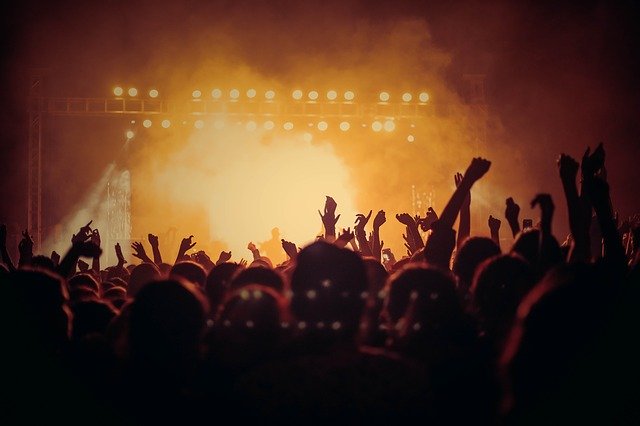 When I was attending the M3 music festival in Maryland we had about 100 people attending a tailgate in the parking lot every year. When it started none of us really knew each other. The only thing we had in common was an appreciation of the music, and membership in a specific FB group that organized the tailgate. I honestly have no idea how I even ended up in that Facebook Group. I didn’t know a single person in it. It expanded to members of that group meeting up at any show that any of us were attending. It was a pure expression of community, centered around music. I’ve been missing that since we moved to Richmond, as that community is centered around the Baltimore and Philly area, so I don’t get to any of the same shows anymore.

I’ve already missed a Drivin’ N Cryin’ concert due to the virus. The Sammy Hagar concert on July 18 certainly won’t happen. I’ve been enjoying artists playing live from their kitchen, backyards, and basements, and I’ve been sending Paypal tips every time I do so. But it isn’t the same. It can’t be.

This is territory that was mined in a fiction book I read earlier this year. In A Song a New Day the US is about 15 years into a ban on gatherings of more than 30 people, due to smallpox like virus that ravage the county. (Something, something life imitating art…) In that book, not even draconian government laws can kill the basic human need to gather in groups, to be pressed up body to body and to dance in sing in unison with the band. It’s a basic human need.

So I guess what I’m saying is that I agree with Dave Grohl here.

In today’s world of fear and unease and social distancing, it's hard to imagine sharing experiences like these ever again. I don’t know when it will be safe to return to singing arm in arm at the top of our lungs, hearts racing, bodies moving, souls bursting with life. But I do know that we will do it again, because we have to. It’s not a choice. We’re human. We need moments that reassure us that we are not alone. That we are understood. That we are imperfect. And, most important, that we need each other. I have shared my music, my words, my life with the people who come to our shows. And they have shared their voices with me. Without that audience—that screaming, sweating audience—my songs would only be sound. But together, we are instruments in a sonic cathedral, one that we build together night after night. And one that we will surely build again.

It’s going to be awhile for me. I’ve probably attended my last concert until I have immunity to the virus. I love live music, but I’m not willing to die for it.

Image by Vishnu R from Pixabay