We weren't planning on camping this weekend, but when I saw the forecast last weekend I changed plans quickly. 65F and sunny with cool nights is not a weekend to pass on in mid-November.

The weekend ended up being a comedy of issues, none serious enough to ruin the weekend though.

When we arrived at the campground we saw that one of the plastic panels covering the outside access to the fridge on our camper was gone. It was have vibrated loose on the road. Not a big deal, but an annoyance. I ordered a replacement from Amazon and used cardboard and duct tape to cover the opening for the drive home. Also, lesson learned. Always check the security of everything on the outside of the camper before leaving. 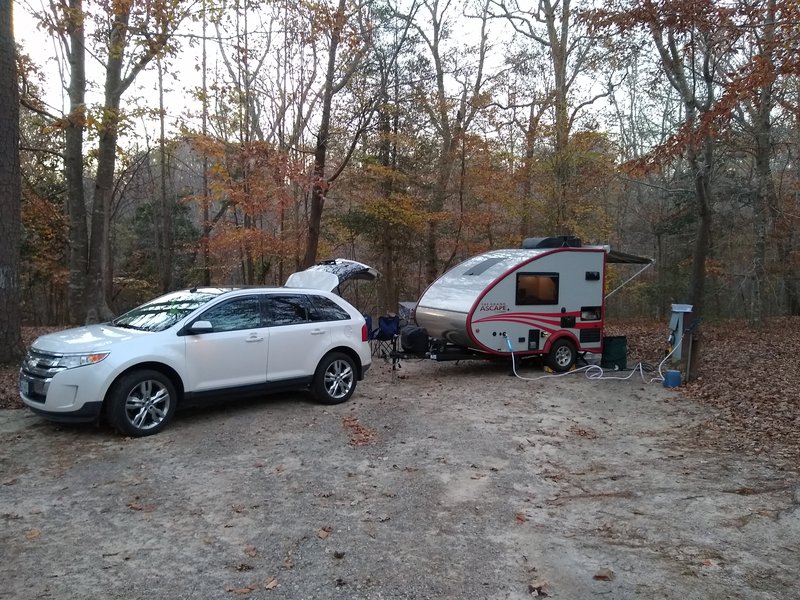 Friday night was the loudest night I've experienced at any campground this summer. Every campsite near us seemed to have 4 to 7 kids with them, and the kids were loud. I'm not some cranky old guy, Kids should run around and play tag and ride their bikes when camping, and between the hours of 9 AM to 9 PM they shouldn't worry much about volume. However when we went to sleep at midnight Friday night I needed music on my phone to drown out the kids. And then they started up again at 7 AM the next morning. Also on Saturday morning we learned that the water spigot had some sort of underground leak as our campsite was a muddy mess, and there was no apparent leak above ground. The hot water tank on my camper fills up when on city water, so we had six gallons of cold water in the camper as I weren't using the water heater this weekend. So I just turned off the water supply and when I get the feedback email tomorrow I'll let the state know about the leak.

Our plan for Saturday was to drive the 6 mile dirt road to the lake at the center of the Great Dismal Swamp, stopping at several places along the way to hike. When we got to trail head we saw a sign forbidding entrance unless you were a registered hunter. I had been on the website at least twice last week and there was no warning about a trail closure. We ended up at another nearby trail head, but that was 4.5 mile walk to the lake on a raised roadbed. Not the most interesting walk, even if George Washington used that roadbed in 1763 while supervising the slave labor building the canal you see below. So we did about a 1.5 mile walk and went back to the campground. 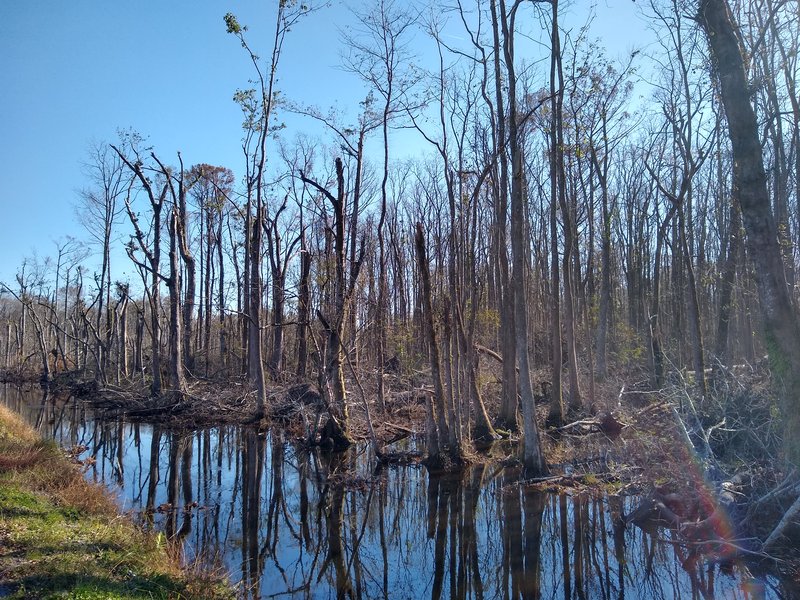 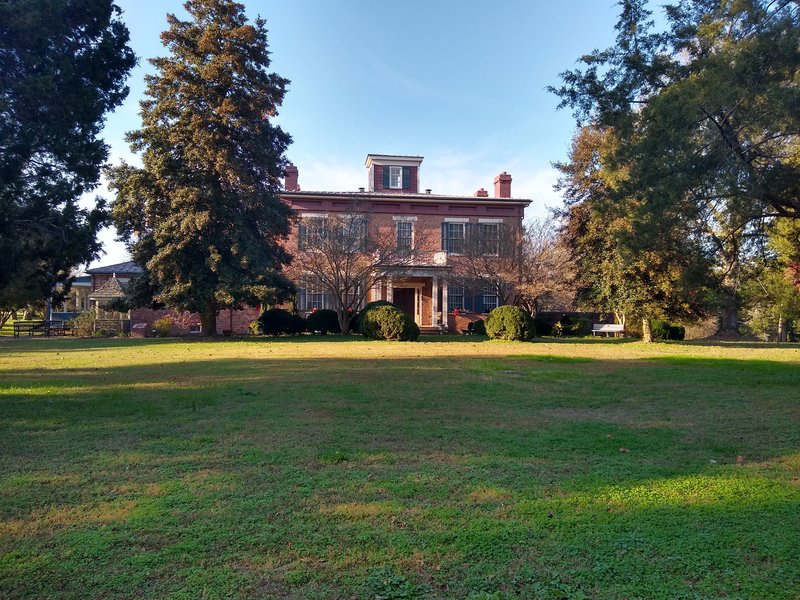 On the drive home today we stopped at a Wendy's near I-95 and US 360 for lunch. 15 minutes after I ordered I finally got 2 burgers and two small fries.

As I was standing there waiting for my food two different customers were complaining about their orders being wrong.

Michelle's burger wasn't even close to what she ordered, but I wasn't going back in to complain so I could spend another 15 minutes indoors in a restaurant. Everybody was masked up though.